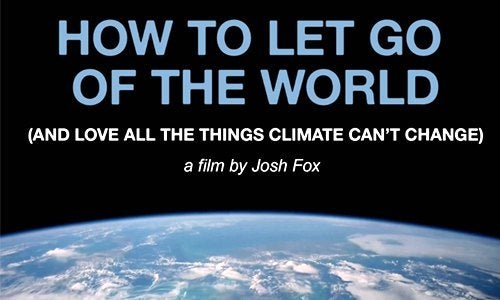 The day the oil and gas industry came to my house was the loneliest day of my life. I have never been so afraid. But that fear, the fear of losing my home, has taken me so far beyond that place to discover the deepest love and community I’ve ever know.

I never thought my fight to protect my home near the Delaware River would take me to the banks of the Amazon. Or across the world to the island nations of Vanuatu and Samoa.

My new film How to Let Go of the World (and Love All the Things Climate Can’t Change) is an odyssey that goes to 12 countries on six continents to investigate climate change—the greatest threat our world has ever know.

I’m thrilled to announce it will premiere at Sundance Film Festival in January 2016. This film has many important stories of courage and community in the face of climate catastrophe and Sundance will be a huge opportunity for us to share them with the world.

And Sundance is just the beginning.

You can find out more about how to the bring the tour to your town on our website.