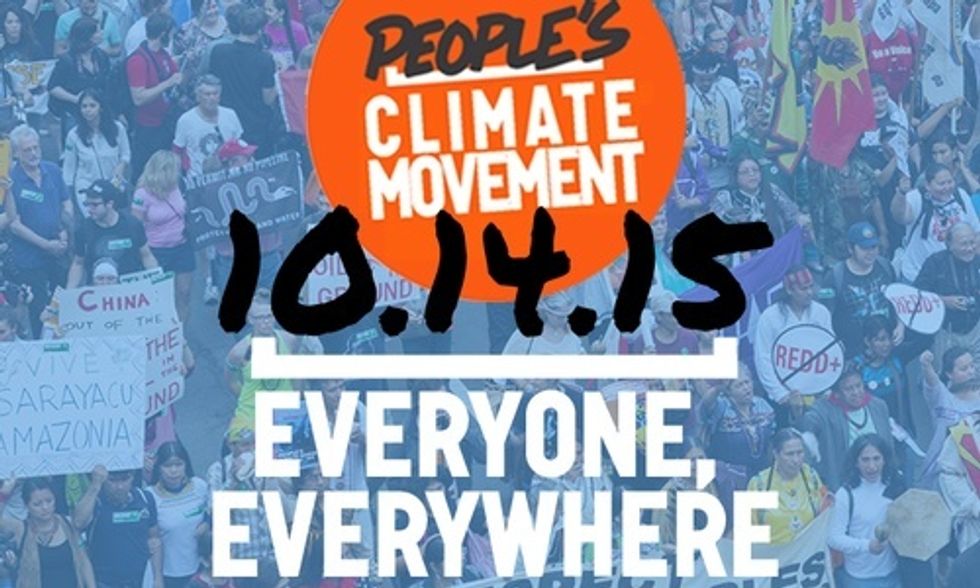 Six weeks out from critical United Nations climate talks in Paris, local communities across the U.S. are calling for bold action to combat climate change. On Wednesday, Oct. 14, labor, faith, environmental justice, students and immigrant organizations are working with the People’s Climate Movement to organize nearly 200 events across the country to demand that our leaders bring a strong agenda to the Paris talks.

In small towns and big cities, an expanding and growing climate movement is gaining momentum every day. The People’s Climate Movement National Day of Action will highlight the important local work being done in front line communities as well as bring attention to the upcoming United Nations talks. The events, ranging from marches to rallies, will bring together people from all walks of life to show our leaders that climate change is everyone’s issue.

Click here to see if there's an event in your area. For example, in Cleveland, Ohio, Participants will rally to call for immediate action on climate change at 11 a.m. to 12:30 p.m. at Edgewater Beach between Memorial Shoreway (Route 2) and Lake Erie.