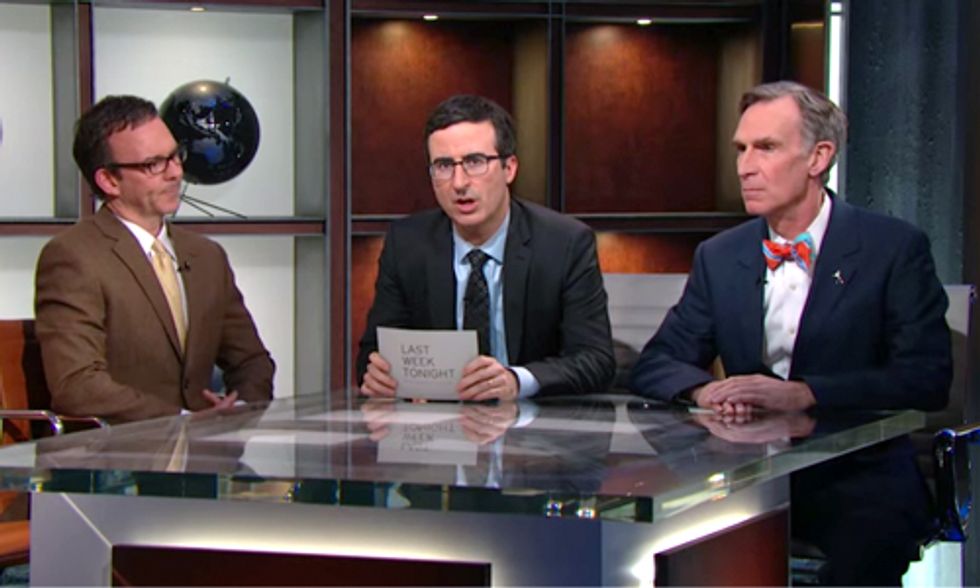 In case you missed this hilarious Last Week Tonight with John Oliver viral segment earlier this year, you can watch it now as it's just as relevant today as it was months ago.

With the release of the final component of the IPCC Fifth Assessment Report last week, the new book by veteran environmentalist George Marshall about the thousands of abusive emails received by climate scientist Michael Mann and news that climate denier-in-chief—Oklahoma Senator James Inhofe—will soon head the Senate Environment Committee, makes it a perfect time to get real with John Oliver and remember that public skepticism about global warming is irrelevant. As Oliver points out, "The good thing about science is that it's true whether or not you believe it."