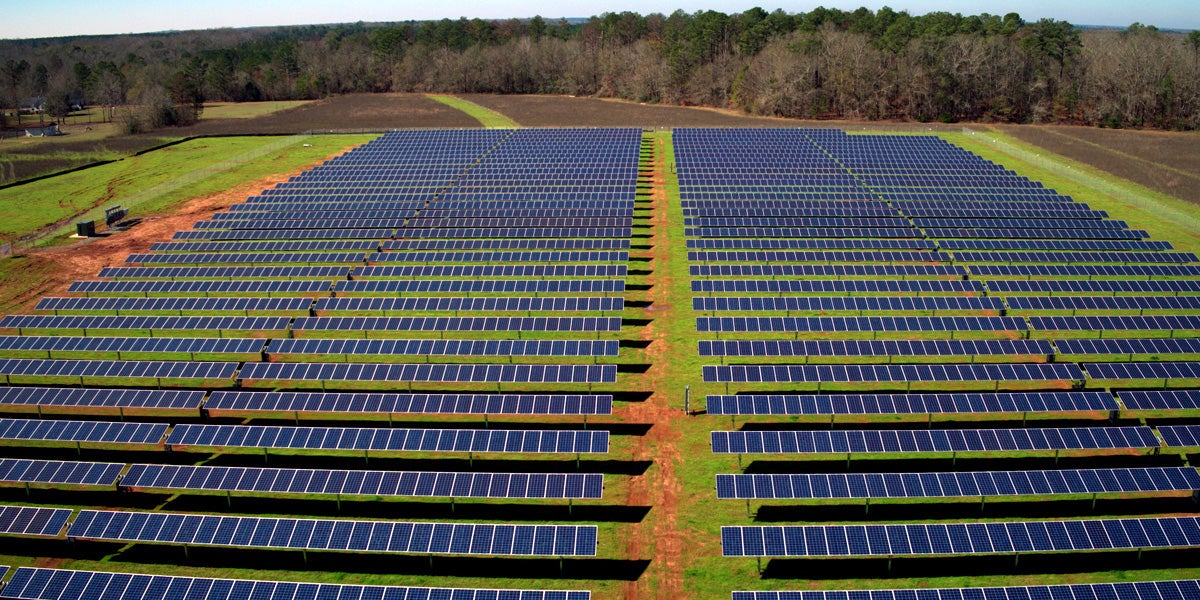 Former President Jimmy Carter leased 10 acres of his land to Atlanta-based SolAmerica to develop a 1.3-megawatt solar farm in his hometown of Plains, Georgia. An opening ceremony was held Feb. 8 to launch the project, which is projected to produce more than 55 million kilowatt-hours of energy in the next 25 years. The project will provide more than half of the power needs for the 683 residents.

In addition to installing 32 solar panels to heat water at the White House many decades ago, President Carter was also responsible for creating the Department of Energy and the Federal Energy Regulatory Commission, and signing the Public Utility Regulatory Act.

Construction for Carter’s new project began in October 2016 and includes 3,852 panels. Georgia Power has agreed to buy the electricity generated by the system.

“Distributed, clean energy generation is critical to meeting growing energy needs around the world while fighting the effects of climate change,” Carter said. “I am encouraged by the tremendous progress that solar and other clean energy solutions have made in recent years and expect those trends to continue.”

Carter and former first lady Rosalynn Carter cut the ribbon on the farm Wednesday, just as the sun broke through a foggy, wet morning, according to the Atlanta Journal-Constitution.

SolAmerica Executive Vice President George Mori initially reached out to Carter’s grandson—Georgia state senator and Democratic gubernatorial candidate Jason Carter—to explore the idea of the solar farm. Senator Carter told the crowd of about 1,000 people at the opening ceremony that his grandfather’s response to the project was, “How big? When can we do it?,” the Atlanta publication noted.

“We are honored to work with President Carter and his family on this project in Plains, as President Carter’s leadership on renewable energy matters is well known and much appreciated in our industry,” Mori said. “Through a 25-year Power Purchase Agreement with Georgia Power, this project will help expand the growth of renewable energy assets in Georgia, while contributing to the overall economy of Plains.”

Carter and his wife grew up in Plains and live about half a mile from the solar farm.