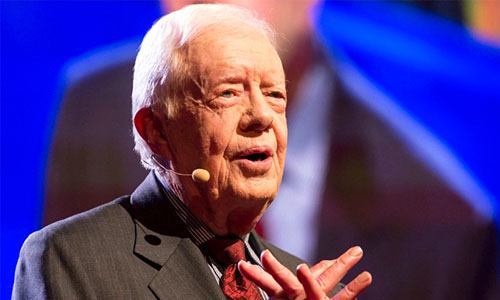 Carter made the comments, an apparent reference to the 2010 Citizens United ruling, in an interview Wednesday with the BBC’s Today program. 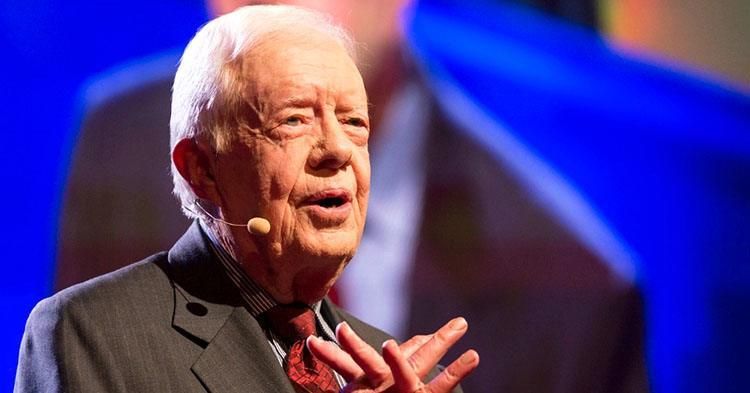 Carter told interviewer John Humphrys that the ruling would have prevented a “relatively unknown farmer” like himself from emerging as a serious candidate. “Now,” he said, “there’s a massive infusion of hundreds of millions of dollars into campaigns for all the candidates.”

“Some candidates like [Donald] Trump can put in his own money but others have to be able to raise, I’d say, a hundred to two hundred million dollars just to get the Democratic or Republican nomination. That’s the biggest change in America,” he said and one for the worse, adding that “the erroneous ruling of the Supreme Court where millionaires, billionaires can put in unlimited amounts of money directly into the campaign.”

“In a way,” Carter said, “it gives legal bribery a chance to prevail because almost all the candidates, whether they are honest or not and whether they are Democratic or Republican, depend on these massive infusions of money from very rich people in order to have money to campaign.”

Carter contrasted today’s elections from when he was running for office, saying, “In those days when I ran against Gerald Ford, who was incumbent president or later Ronald Reagan, who challenged me, we didn’t raise a single penny to finance our campaign to run against each other. We just used the $1 per person checkoff that every taxpayer indicates at the end of his or her income tax return. But nowadays, you have to have many hundreds of millions of dollars to prevail.”

Humphrys said that another change that seems to have occurred over the decades is that “many members of the middle class and working class, white people, have been disaffected form the political process”—something that Carter attributed to the fact that “they have, in effect, been cheated out of a proper opportunity to improve their lot in life” because “rich people finance the campaigns” and “then when candidates get in office they do what the rich people want.”

Carter’s comments to BBC are similar to ones he made in September 2015, when he talked to Oprah Winfrey about the influence of money on elections, saying, “We’ve become, now, an oligarchy instead of a democracy.”

They also echo ones he made in 2012 when he denounced the “financial corruption” of elections and referred to “that stupid ruling” by the Supreme Court. “We have one of the worst election processes in the world right in the United States of America and it’s almost entirely because of the excessive influx of money,” he said at the time.

Carter’s interview on BBC also covered the eradication campaign his foundation, the Carter Center, has been waging against guinea worm, a parasitic infection.

Carter, who’s 91 and has been undergoing treatment for cancer, said his hope is that he “can outlive the last guinea worm.”