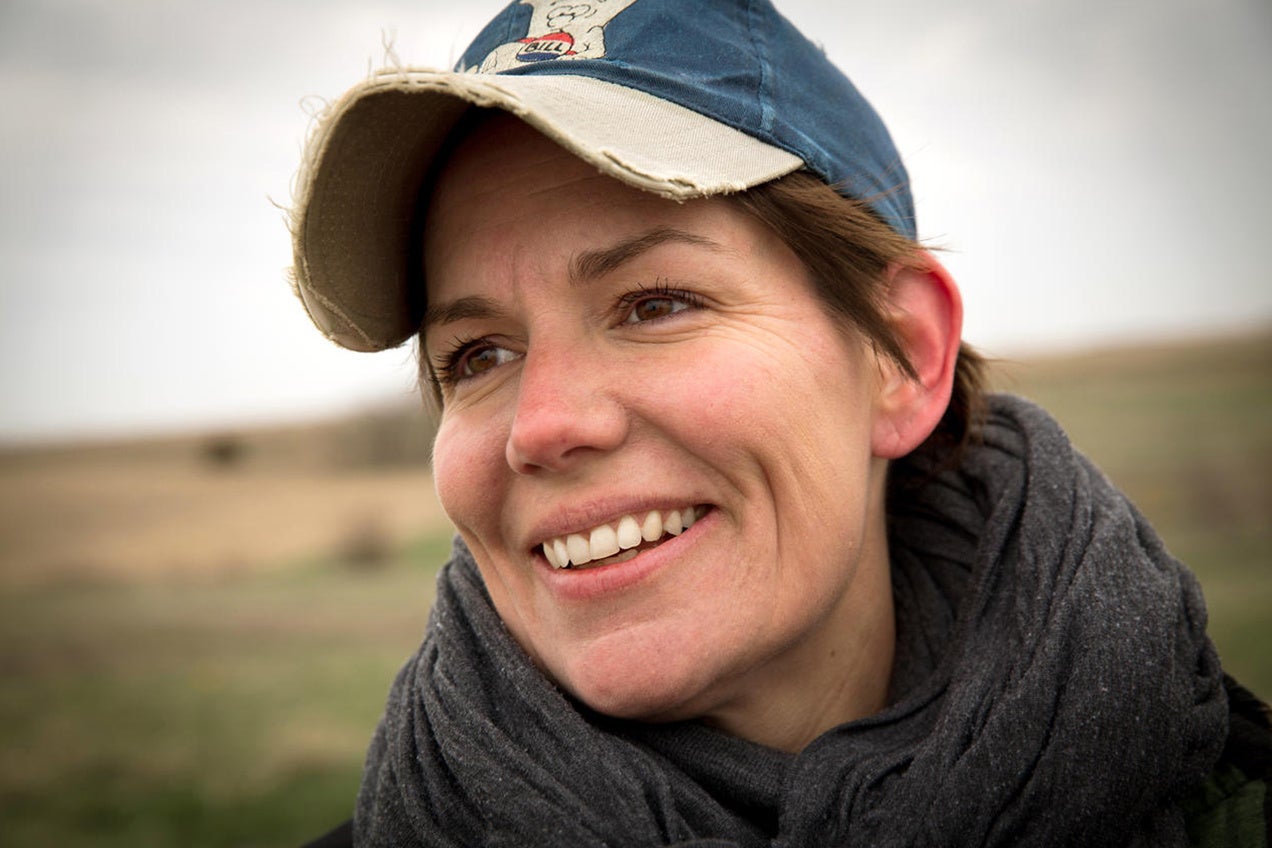 In the red state of Nebraska, people know Jane Kleeb for her politics.

She’s a progressive Democrat in a land of Trump voters, after all. But people also know the 44-year-old Kleeb, a Florida native who moved to Nebraska in 2007 after marrying into a family of local homesteaders, as someone who can bridge the political divide and unify the most unlikely of groups.

And that’s exactly what she’s done around the fight against TransCanada’s 1,179-mile-long Keystone XL pipeline, which, if built, would transport a minimum of 830,000 barrels of tar sands oil through Nebraska’s heartland every day. As the founder of Bold Nebraska, which has since grown into the multistate Bold Alliance, Kleeb has successfully united Republicans and Democrats, ranchers and native tribes, country folk and city dwellers to battle the oil company’s attempts to push its project through. And while the U.S. State Department’s March 24 announcement that it was reauthorizing the project certainly dealt a blow to their common cause, the diverse group is not backing down.

“I’ll tell you the reason our battle against KXL has been successful so far,” said Art Tanderup, one of the farmers whose land is along the pipeline’s proposed route. “That reason is Jane Kleeb. She is a great organizer. And she’s a cheerleader—she’s always out here saying, ‘Come on guys, I know we can beat this.'”

For Kleeb, the first goalpost in the KXL fight was building that team to cheer on. Bold’s initial meetings took place in early 2010 in the Nebraska Sandhills, home to the precious Ogallala Aquifer, which is threatened by the pipeline. At those meetings, skeptical landowners greeted her with crossed arms and stern faces.

“In the beginning, there was resistance,” she remembered. “But I knew that if I kept showing up, and if their peers were always standing with me, we would build a good team and build trust. We’ve had political disagreements over the past seven years, but we’re such a deep-knit community—we cherish each other like family members—that we just don’t let that stuff divide us.” 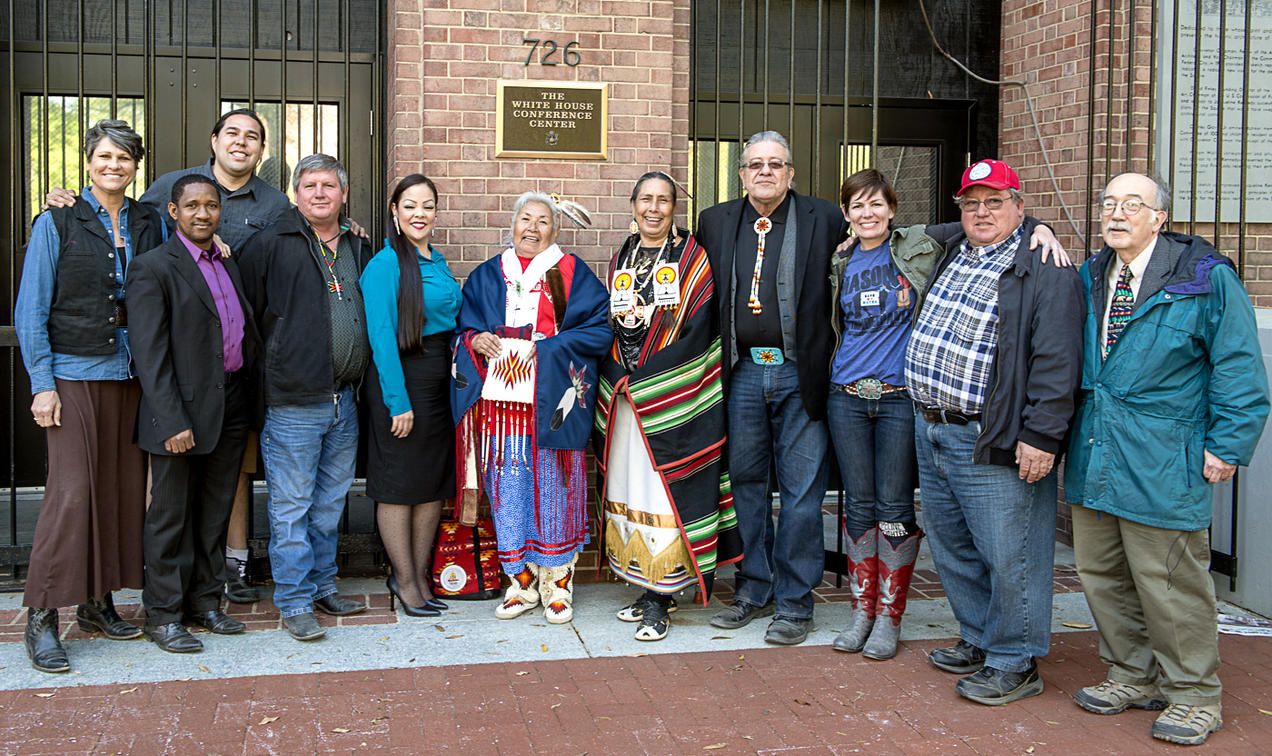 Jane Kleeb (third from right) and fellow activists before their meeting with White House officials during a 2014 Reject and Protect rally.Garth Lenz/iLCP

Those tight bonds, in addition to their unwavering persistence, bolstered the Nebraskans’ efforts in helping defeat the Keystone XL pipeline in November 2015. Kleeb credited quality time spent together for bringing the group so close―the many late nights sitting around landowners’ kitchen tables, the days they braved stormy weather to create crop art, their annual ritual of planting sacred Ponca corn along the pipeline route, and a 2014 trip to Washington, DC, where they camped out on the National Mall and urged President Obama to reject KXL and protect the heartland.

“We have these moments where we’re all in it—hands in the soil trying to stop this thing,” she said. “That’s really important and a lesson for all pipeline fights. If you want to do this, it can’t just be a bunch of people in a room writing a plan on paper. You have to be with the people that are directly in the path, because they’re the ones we’re standing up for and standing with.”

Kleeb noted that her four-year-old minivan already has nearly 200,000 miles on it from all the times she’s crisscrossed Nebraska to be with the pipeline fighters. And, choking back tears, she said that after every single long night of work or strategizing, a landowner would leave eggs or meat on her passenger seat. “No note, nothing—just one of the farmers or ranchers decided they were going to make sure that I left with some food to take home to my family.”

Still, Bold Nebraska doesn’t succeed because of personal relationships alone. Kleeb is a seasoned political organizer and strategist—the former executive director of the Young Democrats of America and current chair of the Nebraska Democratic Party. She started Bold Nebraska in 2010 as a means to counter the growing force of the state’s Tea Party and keep Nebraskans informed about issues that cut across the political spectrum. About two months after she founded the organization, the Keystone XL controversy arose as exactly one of those issues, beginning with a series of phone calls Kleeb received from concerned farmers and ranchers. She and the landowners quickly learned about tar sands—the particularly harmful, dirty crude that would flow under their land and endanger their water supply.

Bold Nebraska supporters gather at the site of a solar and wind powered barn outside Benedict, Nebraska.Mary Anne Andrei/Bold Nebraska

“Jane Kleeb deserves a lot of credit,” said Anthony Swift, director of NRDC’s Canada Project, who partnered with Bold Nebraska to help make a strong case to the state legislature about the pipeline. “She worked with all of the landowners along the route, and Nebraskans as a whole, to educate them about the risks of the pipeline.” Meanwhile, he added, “TransCanada came and told them things that really stretched the truth.” The company also rattled landowners who didn’t want to sign easement agreements by threatening the use of eminent domain. “Nebraskans can identify a straight-talker; they know when people are not being entirely honest with them. So the juxtaposition between Jane Kleeb and TransCanada was pretty perfect—it made a clear choice for them on who they could trust.”

Bold Nebraska’s communal efforts and hard work were validated when President Obama rejected the pipeline in 2015. Since then, as the director of Bold Alliance, Kleeb has expanded her pipeline-fighting efforts to other states like Iowa and Louisiana. And back in the Cornhusker State, even without her day-to-day oversight, the fight continues. With the Nebraskan holdouts once again on the front lines, the pipeline route is still unapproved, and they await a final call from the five elected members of Nebraska’s Public Service Commission. (The battle is simultaneously playing out in federal court in Montana, where NRDC, Bold Alliance, and partner groups Northern Plains Resource Council, Center for Biological Diversity, Friends of the Earth, and Sierra Club are suing the Trump administration for unlawfully issuing a cross-border permit for the project.)

A series of public hearings were held in the spring, and the Bold Nebraskans will gather in Lincoln from Aug. 7 to 11, many as formal intervenors, to testify anew against the pipeline and raise awareness with a kickoff parade that will feature Harleys, horses and tractors. “We want to show that this unlikely alliance is still here, still fighting,” Kleeb said. An official decision on Keystone XL could be made as soon as September.

With the roller-coaster emotions the pipeline has brought so far, how do Kleeb and other Nebraskans keep the faith? “We fundamentally see this as such a wrong project that for us there’s no other way to look at it,” she said without hesitation. “We have no option but to think that our work will stop this pipeline again.”