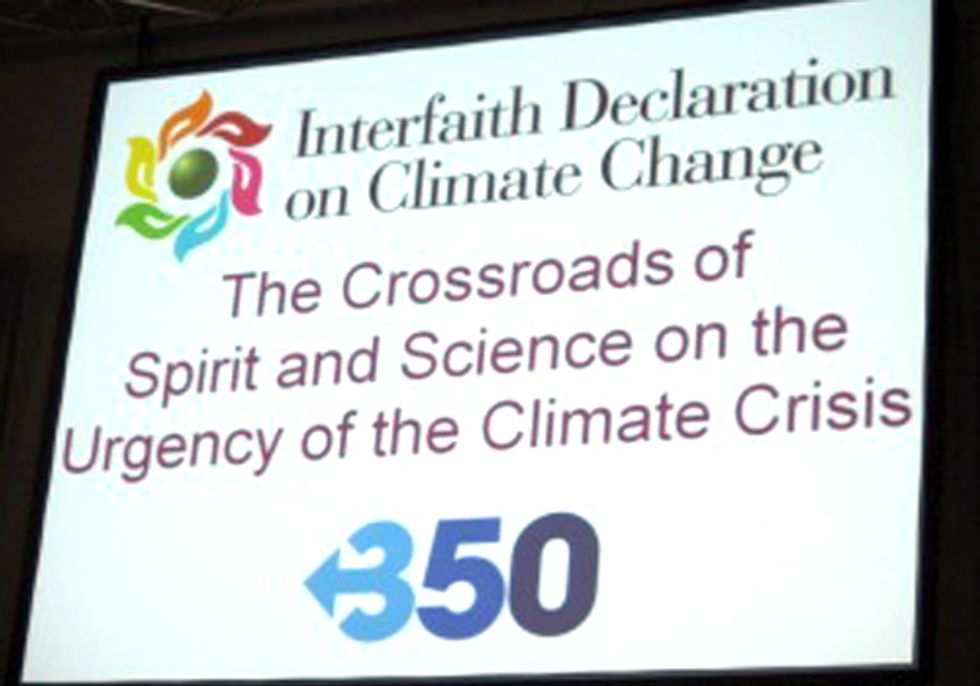 There are lots of types of people who have been taking action on climate change over the last several years—environmentalists (of course), students and young people, community-based groups, labor activists, indigenous peoples, Appalachian and Gulf Coast residents, ranchers and more. Also, importantly, there have been people from the many different denominations that make up the broad religious community in the U.S.

It was personally inspiring to me when several dozen people of faith took action last August, getting arrested at the White House protesting the Keystone XL pipeline. And it is inspiring that some of those people, as well as many more, have joined together to organize five days of faith-based activities calling for action on climate change in Washington, D.C. April 22-26. The Interfaith Moral Action on Climate is playing a key role in organizing and connecting these activities.

It’s very important that an interfaith voice— Christian, Jewish, Muslim, Buddhist, Baha’I, Hindu and Native American—is taking action in this way. A spiritual voice is urgently needed to underline the fact that global warming is already causing human anguish and mortality in our nation and abroad, and much more will occur in the future without rapid action. There is an urgent need to stop subsidizing the fossil fuel industry, dramatically reduce wasted energy and significantly shift our power supplies from oil, coal and natural gas to wind, solar, geothermal and other renewable energy sources.

As stated in IMAC’s Call to Action, “Virtually all the world’s religious and spiritual traditions proclaim that we have a moral obligation to be good stewards of the Earth and all of its creatures and processes. To disrupt the climate that is the cornerstone of all life and to squander the extraordinary abundance of life, diversity, and beauty of the planet is a moral failure of the first order.”

What better time to bring this voice forward in unified action than during the week that includes Earth Day? I will be there on Tuesday, April 24, for a day of activities that begins with an early morning vigil at the Martin Luther King, Jr. Memorial by the Potomac River. At 10:30 a.m. there will be a multi-faith service at N.Y. Avenue Presbyterian Church, followed by a religious procession down Pennsylvania Avenue to Capitol Hill. There a large report card for Congress with an “F” for failure will be presented, underlying Congress’ collective failure to serve and protect the American people, all peoples, and Mother Earth from the dangers of climate change, and educational visits with key Congressional members will take place.

I hope others will visit www.interfaithactiononclimatechange.org and make plans to be part of this important, new, collaborative faith initiative.