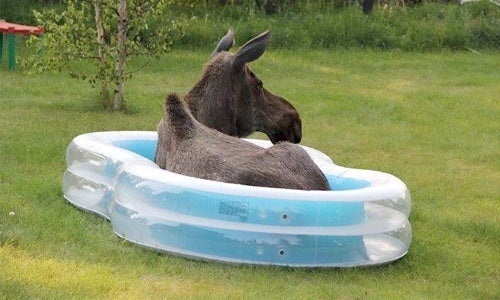 After Republicans sputtered about human’s inability to “fix the climate” at the second GOP primary debate Wednesday night, the National Oceanic and Atmospheric Administration (NOAA) announced that this past summer was the hottest on record globally. It was the hottest June-August period in the global record. 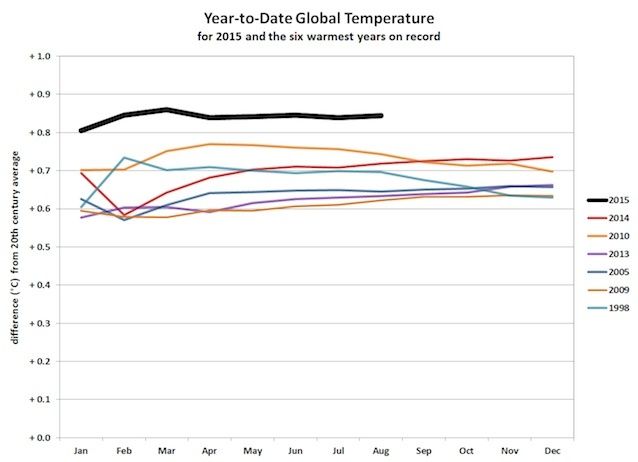 Global average temperatures for 2015 are far above those of the six warmest years on record. Photo credit: NOAA

NOAA’s latest monthly State of the Climate Report found that August “marked the sixth month in 2015 that has broken its monthly temperature record.” Every month this year except January and April have broken the previous record. And collectively, it’s the warmest January-August period on record. The findings show it’s all but certain that 2015 will not only be the hottest year, but, in the words of Joe Romm at Think Progress, “2015 will crush 2014,” which holds the current record for hottest year. And already, experts are predicting that 2016 will be even warmer than 2015 because the current strong El Niño is expected to carry into the spring.

This summer, 11 states across the West and Southeast were much warmer than average, according to NOAA. Oregon and Washington each had their warmest summer on record. Those two states along with California and Nevada are likely to have their hottest years on record.

Eleven states saw temperatures much above normal and Washington, Oregon, California and Nevada are likely to have their hottest years on record. Photo credit: NOAA

India endured a brutal heat wave that killed more than 2,300 people at the end of May, making it the 5th deadliest in recorded world history. Pakistan, Europe and the Middle East also suffered through intense heat waves. The heat index in Iran hit 164 Degrees, which is among the hottest urban temperatures ever endured by humans.

Here's how 2015 stacks up against all the other hot years of recent past. We're in literally uncharted territory pic.twitter.com/mskNI8WEmj