Italy Bans Use of Circus Animals 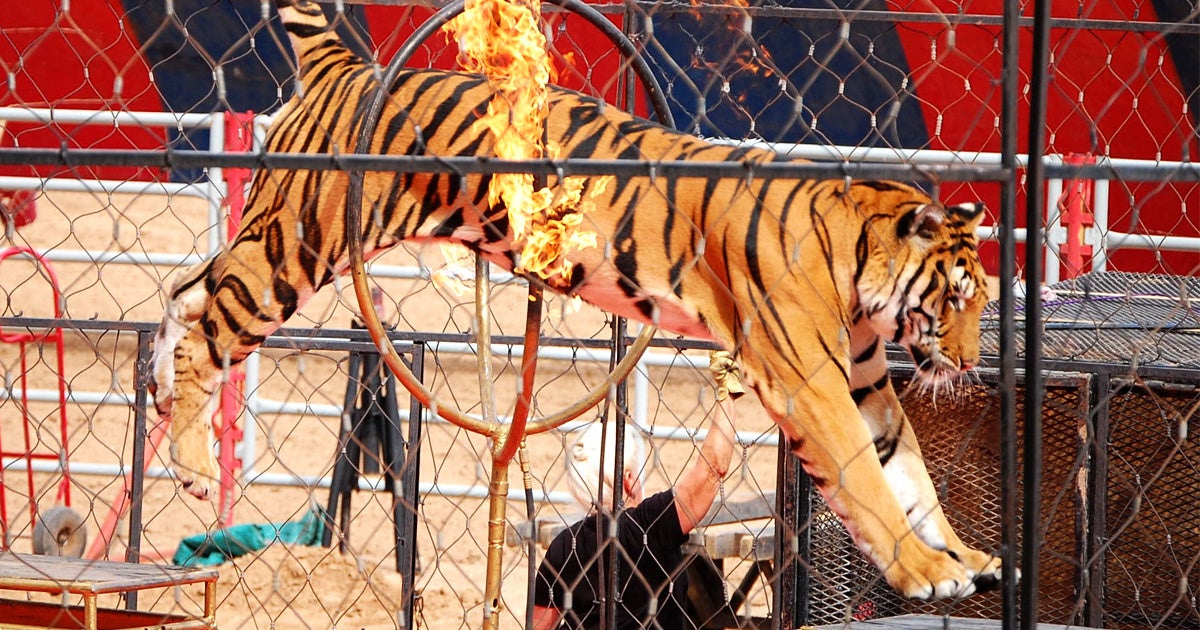 Animal rights advocates are celebrating a move by the Italian parliament on Wednesday to, over the next year, phase out the use of all animals in circuses and traveling shows.

“We applaud Italy and urge countries like the U.K. and the U.S. to follow this example and end this cruelty,” said Jan Creamer, president of Animal Defenders International, which supported the launch of the bill.

“Traveling from place to place, week after week, using temporary collapsible cages and pens, circuses simply cannot provide for the needs of the animals,” Creamer said in an Animal Defenders International statement that also featured declarations from the Federation of Veterinarians of Europe and the British Veterinary Association that there are no means by which the physiological, mental and social needs of these animals can be adequately met within a traveling circus.

Creamer traveled to Italy to advocate for the bill’s passage. Following a screening of her group’s film Lion Ark which is about rescuing animals from illegal circuses in Bolivia, she addressed Italian lawmakers at a workshop to further explain how Animal Defenders International’s undercover investigations “have shown the violence and abuse that is used to force these animals to obey and perform tricks.”

“Italy has an estimated 100 circuses with some 2,000 animals making this one of the biggest victories in the campaign to stop circus suffering,” according to Animal Defenders International’s Stop Circus Suffering campaign. The European nation joins 40 other countries and several more municipalities that have outlawed the use of animals in circuses and traveling shows.

The news from Italy comes on the heels of a similar move by the Indian government, and just days before Animal Defenders International plans to host a week of action, beginning Nov. 13, to support the Traveling Exotic Animal & Public Safety Protection Act (also called TEAPSPA or H.R.1759), a bill in the U.S. House of Representatives that would prohibit traveling wild and exotic animal acts.

Animal rights advocates celebrated the new law on Twitter, and called on other countries to follow suit:

ITALY! We're seeing a wave of bans on the use of animals in circuses, and not a minute too soon! Thank you, #Italy ❤️ ?? ❤️https://t.co/8UBrnq1Xwb

BREAKING: ITALY Just Voted to BAN All Animal CIRCUS ACTS! The exciting news comes on the heels of India recently banning the use of wild animals in circuses, making Italy the 41st country to pass a national law prohibiting animals in circuses. https://t.co/5dB454TVql pic.twitter.com/6oH9alB7oJ