Is Your Governor a Climate Denier? 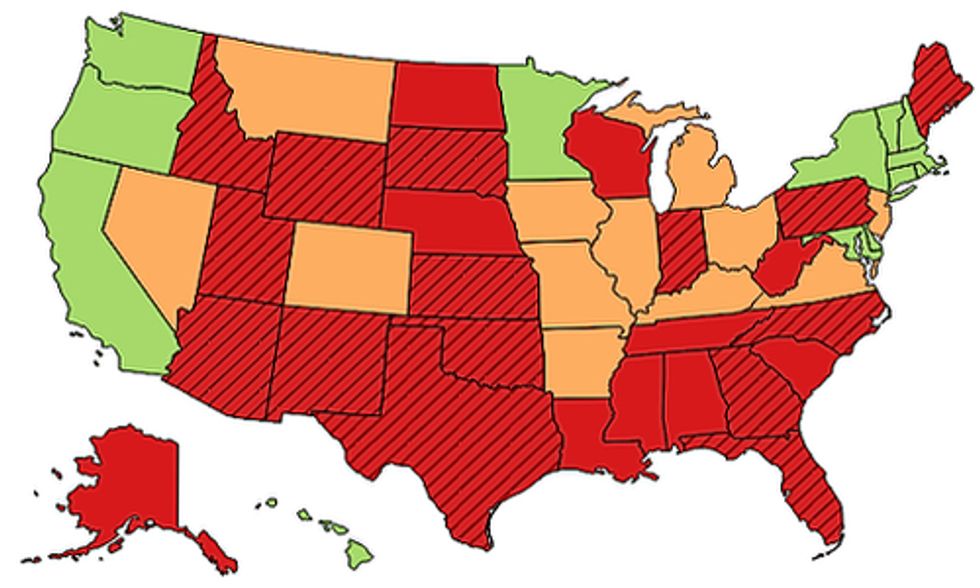 Climate change is a contentious topic in the U.S. and around the world, especially since the U.S. Environmental Protection Agency announced its plan to impose the first-ever limits on carbon pollution from existing power plants. While the general consensus from the global scientific community is that climate change is real and man-made, a large number of Republicans in the U.S. House of Representatives refuse to recognize even basic climate science. A new analysis by the Center for American Progress (CAP) shows that out of America's 29 Republican governors, half of them side with the anti-science, climate denier caucus.

To highlight the discrepancy,  CAP Action War Room created an interactive map where users can track each governor's record on climate and energy policy, including the Democratic governors, none of which, as CAP points out, have made public statements denying climate change.