Is the Climate Movement at a Tipping Point? 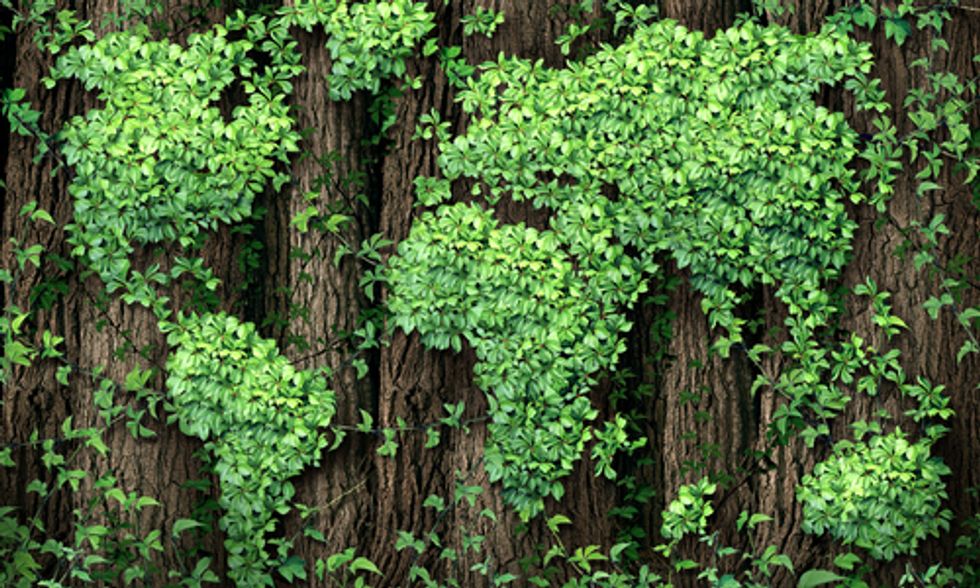 Is the climate movement at a political tipping point? Could right now, 2015, be that moment in history, be something akin to the 1964-1965 period for the civil rights movement? Those were the years that two major pieces of legislation, the Civil Rights Act and the Voting Rights Act, ended legal segregation in the South and opened the way for a whole series of positive social, cultural and political changes in the U.S. in the years since.

2015 might be a turning point year, but it definitely won’t be if we don’t rise to the occasion. History and our grandchildren are calling on us to do so right now. Photo credit: Shutterstock

If looked at in that light, the answer is almost certainly “no.” Given the dominance of the Senate and the House by climate denier Republicans, it is extremely unrealistic to expect major national climate legislation until 2017 at the earliest.

However, there are other things at work, three in particular:

In addition, 2015 is the year that the Pope is going to put forward a major encyclical and convene a meeting of religious leaders with the immediate objective of bringing pressure to bear on the December United Nations Climate Conference in Paris. That conference is on track to come up with some kind of a climate agreement, the big question being whether it’s more-of-the-same that we’ve seen for years and years or a badly-needed change of direction. Without question, the already-happening focus on this conference by the broad mix of people worldwide supporting strong action on climate, including the Pope, will undoubtedly have a big political impact, maybe even with the world’s governments.

What about that climate-denier-run Congress? Will they be able to fundamentally alter these powerful economic and political developments?

Without question, they will try. Indeed, they already are with their effort to ram through the Keystone XL tar sands pipeline despite Obama’s announcement that he will veto that legislation. They intend to try to reduce the Environmental Protection Agency budget to hamstring its already-far-from-consistent efforts to do its job and, in particular, to try to slow or stop its plans to enact regulations for the electrical power generation industry. I wouldn’t be surprised if they tried very hard to come up with a package of financial gifts to our “poor and struggling” oil, gas and coal companies in their time of need.

Without question, the climate movement will need to rise to the challenge of these regressive efforts, as it is already doing on the Keystone XL front.

But we need to be doing much more than this. We have some wind at our back, and we need to escalate our tactics.

It would be a very big mistake for the grassroots-based climate movement to get too caught up in the ins-and-outs of Capitol Hill battles. Indeed, the biggest contribution we can make to those defensive tactics is to do build up the political will of the American people for action on climate.

How can we best do this? In my view, learning from the civil rights movement and many other successful social movements down through history, we can best do so by escalating strategic, well-thought-through, nonviolent direct action and other visible, demonstrative actions in the streets, as massive and coordinated as we can make them.

2015 might be a turning point year, but it definitely won’t be if we don’t rise to the occasion. History and our grandchildren are calling on us to do so right now.