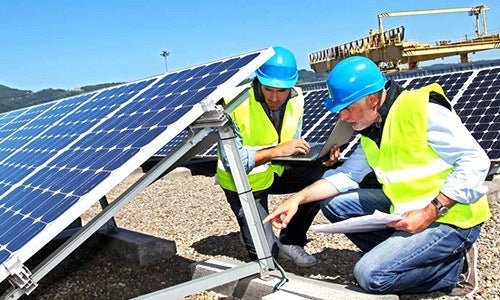 The report, Economic Analysis of U.S. Decarbonization Pathways, finds that under the E3 scenarios of investing in clean energy and reducing greenhouse gas emissions, the U.S. would add more than one million jobs by 2030 and nearly two million by 2050. By reducing emissions 80 percent below 1990 levels by 2050, the U.S. would also increase GDP by up to $290 billion and raise household incomes—based on findings of an analysis of decarbonization pathways by E3.

“This report clearly demonstrates that shifting to clean energy would significantly improve our country’s economy for decades to come and create more well-paying jobs for American families,” said NextGen Climate America Founder Tom Steyer. “Transitioning to a clean energy future won’t just address the threat of climate change—it will put millions of Americans to work, raise household income and build an economy that works for everyone.”

The report finds that transitioning to a clean energy economy represents a significant opportunity to create millions of well-paying jobs. By increasing energy efficiency and investing in clean energy, the economy will add more than a million net jobs by 2030 and up to two million by 2050—including as many as 1.2 million jobs in the construction sector as a result of building wind farms and solar power systems and modernizing existing buildings and infrastructure.

#CleanEnergy will help our #economy and create jobs? Here’s why we should invest. https://t.co/P6ND9PPUgq pic.twitter.com/lWUrZUl7Dt

As the transition to a clean energy economy creates more well-paying jobs, households will see their disposable income increase by $350-$400 in 2030 and by as much as $650 in 2050. Increased employment and higher incomes will help drive economic growth across the economy and in seven of nine census regions of the country. By 2030, shifting to clean energy will increase GDP by about $145 billion or a 0.6 percent increase compared to our current trajectory. By 2050, shifting to a clean energy economy will increase GDP by $290 billion or 0.9 percent compared to our current trajectory.

This study uses results from E3’s Pathways to Deep Decarbonization in the U.S. report and a widely used macroeconomic model of the U.S. economy to analyze the potential economic impacts of two alternative pathways to a clean energy economy: a “high renewables case,” which includes significant investments in new generation from onshore wind, offshore wind, solar and electric vehicles; and a “mixed case,” which assumes a mix of renewables, nuclear and natural gas generation with carbon capture and storage. The study compares both potential pathways to a business as usual scenario.

This study does not consider or incorporate the well-documented costs that climate change will have on our economy if it is left unaddressed and as a result almost certainly undervalues the economic benefits of transitioning to clean energy. Furthermore, it does not factor in the risk to our national security that inaction on climate change will pose. Even without these considerations, this study finds that transitioning to completely clean energy will strengthen America’s economy. By fully embracing the transition to clean energy under the “high renewables” pathway, the country could create the most jobs, drive the highest economic growth and significantly raise household disposable incomes. Notably, there are nearly twice the number of jobs created in the “high renewables case” as in the “mixed case by 2050.”

Climate change is the gravest threat to our nation’s economy. But Economic Analysis of U.S. Decarbonization Pathways shows that addressing climate change through significant investment in clean energy is a positive economic growth strategy for the future.