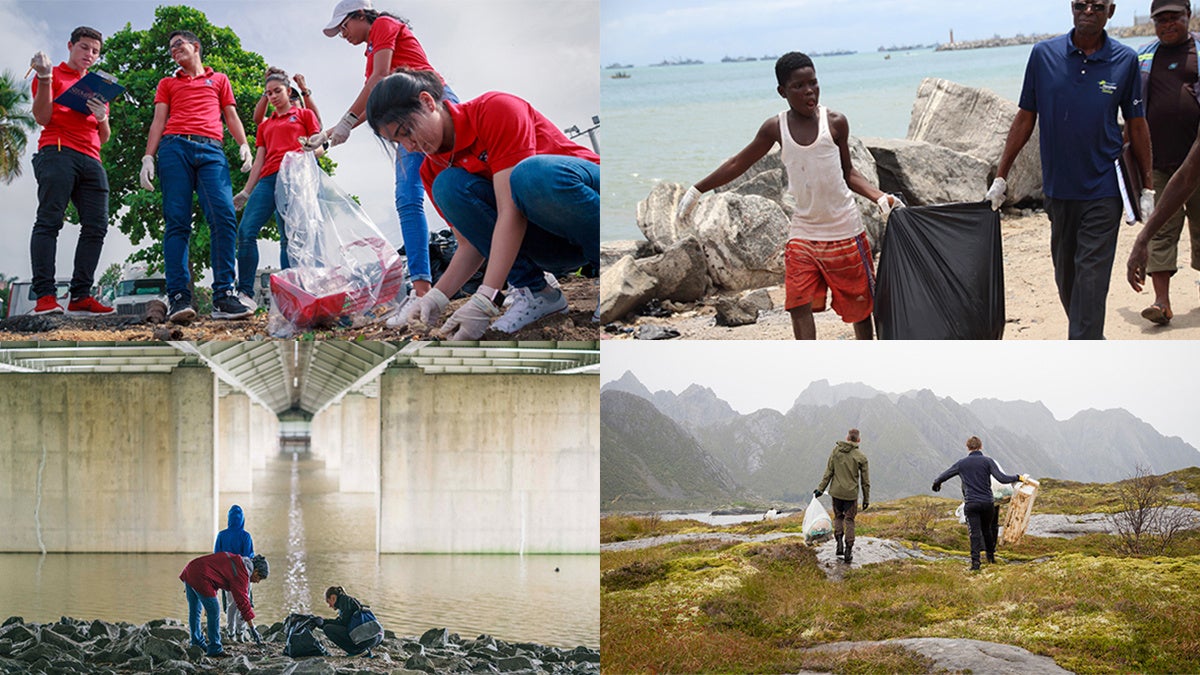 This coming Saturday, Sept. 21 is the International Coastal Cleanup (ICC), the annual Ocean Conservancy event that mobilizes volunteers in more than 100 countries to collect litter from beaches and waterways and record what they find.

The organization is looking to build on last year’s event, which was noteworthy for two reasons: It was the first time more than one million people participated, and it was the first time that plastic cutlery made the group’s top 10 list of most collected items.

“We are so moved by the incredible turnout in 2018, and we are gearing up for another million-strong volunteers showing up this year,” Ocean Conservancy CEO Janis Searles Jones said in a press release. “The ICC numbers speak for themselves: together, we can make a difference – for our community, for our coasts, and for our ocean.”

The ICC is unique in that it is not simply a litter pickup. It’s also a massive data collection event that generates the world’s largest database of marine trash. The yearly findings can help activists, scientists and policy makers discern what items to target in order to fight plastic pollution.

The prevalence of plastic knives, forks and spoons last year led the group to launch a Quit the Cutlery pledge, urging signers to take steps such as carrying reusable sporks and refusing plastic utensils when ordering takeout.

“Plastic forks, knives and spoons are ranked among the most harmful types of marine debris to ocean animals, and the 2018 ICC data show that they may be a lot more prevalent than we had previously suspected,” Nicholas Mallos, senior director of Ocean Conservancy’s Trash Free Seas® program, said in the press release.

2018’s top 10 list had other, broader lessons. Nine of the top 10 items were related to food and drink, as National Geographic pointed out.

In addition, many of the items were things like straws, bottle caps and lids that are not easily recyclable.

“If you run down the rest of the top ten list, what strikes me is that the vast majority are not recyclable. To the extent we talk about recycling as a solution to ocean plastic problems, it would have to get to 50 or 90 percent, which is a huge lift and gets complicated very quickly,” Ocean Conservancy chief scientist George Leonard told National Geographic.

Around eight million metric tons of plastic enter the world’s oceans every year, impacting more than 800 animal species. The Ocean Conservancy has been working on the problem of marine trash since 1986. Since that first ICC, more than 15 million volunteers have collected almost 315 million pounds of trash.

The organization won’t know yet if 2019’s turnout is on track to surpass last year’s 1,080,358 volunteers, since volunteers typically register with local partners, ICC Director Allison Schutes explained in an email to EcoWatch. Hurricane Dorian, which devastated the Bahamas, also put a damper on cleanups organized on the islands.

ICC works with around eight different groups in the Bahamas, which coordinate approximately 1,000 to 3,000 volunteers a year, ICC Outreach Manager Sarah Kollar told EcoWatch in an email. Most of those groups are now focused on offering relief to fellow Bahamians impacted by the storm, though they may reschedule cleanups for later in the year. The Ocean Conservancy is also in conversation with these groups to see what help it can provide.

“In past experiences with natural disasters impacting our ICC family, Ocean Conservancy has stepped in to provide funds to cover materials that other relief efforts may be short on, like generators, cleanup materials, and so on,” Kollar said.

But, despite the tragedy in the Bahamas, the global outlook for the event is still positive.

“We are working with partners and volunteers around the world to continue the momentum, and have even seen a number of celebrities share the call to participate. We are optimistic this will be one of our biggest ICC’s yet!” Schutes wrote.

For those who want to litter pick but don’t live near a river, lake or coast, Saturday is also World Cleanup Day, which started in Estonia in 2008 and amassed 18 million participates from 157 countries last year. It is organized by the membership-based group Let’s Do It World. This year, the group is hoping for 30 million participants.

“Our focus during World Cleanup Day is to activate citizens to take action and become more aware of their surroundings, the trash around them and to change behaviours to become more environmentally aware,” Heidi Solba, President and Head of Network of Let’s Do It World, said in an email to EcoWatch.

Anyone interested can find out how to participate here.