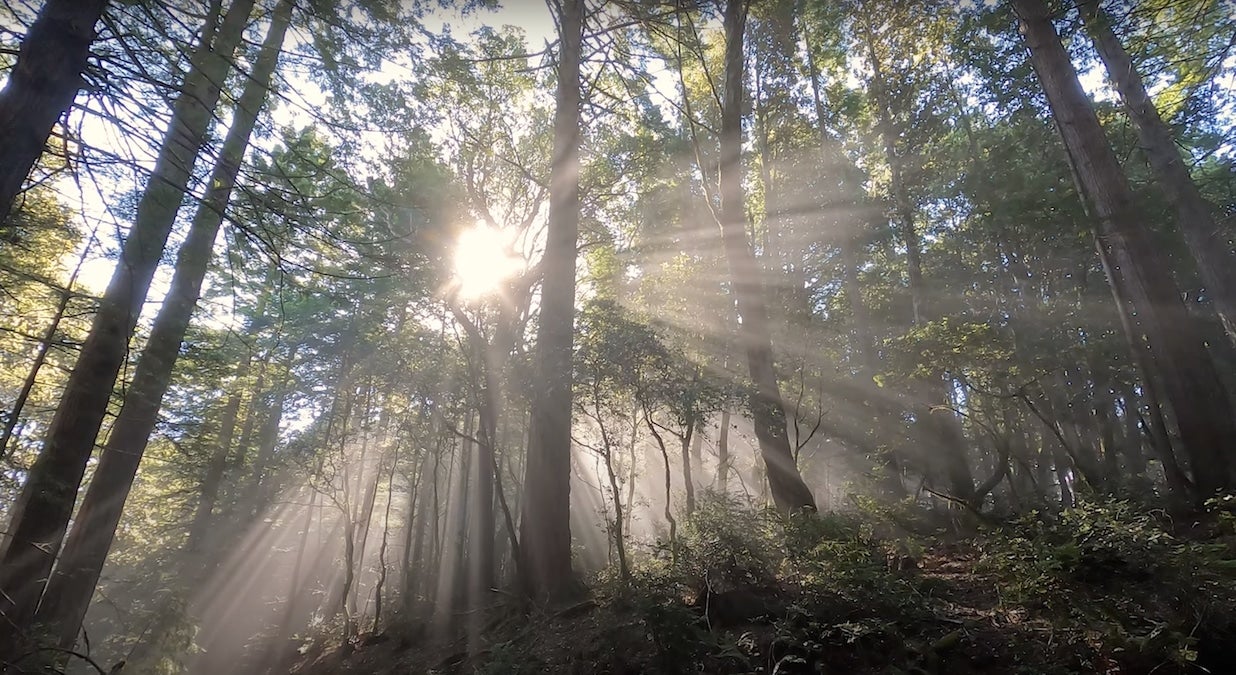 523 acres of forest on the Lost Coast will again be known as Tc’ih-Léh-Dûñ. Save The Redwoods League / YouTube screenshot

Northern California’s majestic redwood forest was once the home of Indigenous tribes, including the Sinkyone people, that were forced from their land by European settlers. On Tuesday, nonprofit Save the Redwoods League transferred ownership of 523 acres of forest on the Lost Coast — which includes 200 acres of old-growth redwoods — to the Intertribal Sinkyone Wilderness Council, a non-profit group of ten tribes, a statement from Save the Redwoods said.

In a celebration of the strength of the Sinkyone tribe, the forest will again be known as Tc’ih-Léh-Dûñ (pronounced tsih-ih-LEY-duhn), which means “Fish Run Place” in the language of the Sinkyone people.

“The Sinkyone Council today represents the Indigenous Peoples who are the original stewards of this land. Their connection to the redwood forest is longstanding, and it is deep,” said president and CEO of Save the Redwoods League Sam Hodder, according to the statement. “The League is honored to support a return of Native people to this place and to partner with the Sinkyone Council in their management and stewardship of Tc’ih-Léh-Dûñ. We believe the best way to permanently protect and heal this land is through tribal stewardship. In this process, we have an opportunity to restore balance in the ecosystem and in the communities connected to it, while also accelerating the pace and scale of conserving California’s iconic redwood forests.”

In addition to old-growth redwoods, Tc’ih-Léh-Dûñ hosts Douglas-firs, second-growth redwoods and other tree species, as well as huckleberries and elderberries, the statement said. It includes 1.5 miles of Anderson Creek, a tributary to the South Fork Eel River, and is home to coho salmon, steelhead trout and the northern spotted owl, all endangered species.

Save the Redwoods League purchased the Tc’ih-Léh-Dûñ land from a California logging family for $3.55 million in 2020, reported The New York Times.

“It is rare when these lands return to the original peoples of those places,” said former executive director of the Intertribal Sinkyone Wilderness Council and protector of Indigenous land, Hawk Rosales, as The New York Times reported.

“We have an intergenerational commitment and a goal to protect these lands and, in doing so, [to protect] tribal cultural ways of life and [revitalize] them,” added Rosales.

“It’s a real blessing,” said chair of the Sinkyone Council, Priscilla Hunter, of the Coyote Valley Band of Pomo Indians, The Guardian reported. “It’s like a healing for our ancestors. I know our ancestors are happy. This was given to us to protect.”