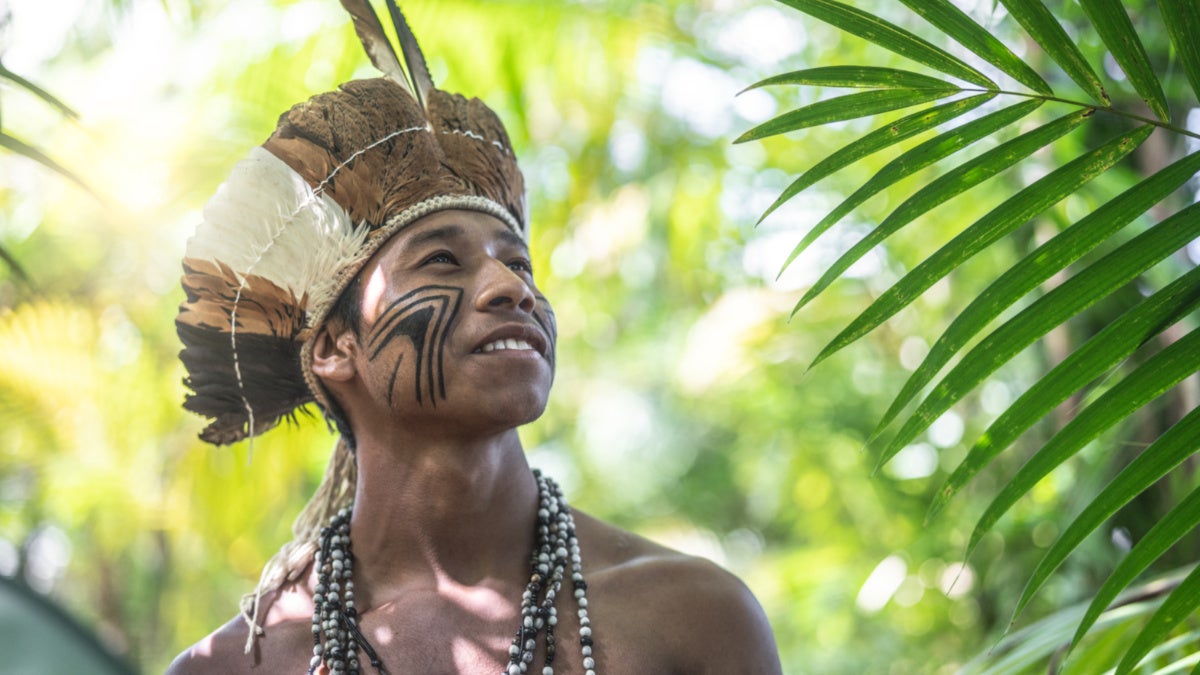 Indigenous peoples have long been labeled among the “most vulnerable” to climate impacts, but considering the local knowledge accumulated over millennia was another question, scientists and native groups have said.

Now, two archaeologists – a professor and museum curator — are urging policymakers to look to their field to determine the origins of vulnerability and uncover local solutions.

“There’s plenty of opportunity to draw on a huge resource, which is centuries and, in many cases, thousands of years of strategizing and experimenting with what works and what doesn’t work in a particular landscape to deal with climate change,” Kristina Douglass, archaeologist at Pennsylvania State University, said in an interview.

Unearthing oral histories and a rich archaeological record can lead to more accurate markers of vulnerability and may unlock more precise methods to address climate impacts, Douglass writes in a recent paper with Jago Cooper, curator of the Americas section at the British Museum.

“We identified the islands in the Caribbean and the southwestern Indian Ocean that are extremely vulnerable, particularly because they have these colonial legacies that have really lessened peoples’ ability to access long-term knowledge of environmental change,” Douglass says.

The U.N. ranks indigenous peoples on the world’s islands among the most vulnerable to climate change impacts, but the authors believe that obscures the thousands of years of indigenous knowledge that has been eradicated. In some cases, acknowledging or even recovering those tactics can help communities endure the impacts of climate change.

“Those indicators don’t take into account those historical injustices that have contributed very much to a lack of adaptability to climate change impacts and increased vulnerability,” Douglass says.

Communities in the southwestern Indian Ocean and Caribbean Sea, where Douglass and Cooper are respective specialists, survived in the face of climate twists and turns before European colonizers arrived, the authors say. For many, the knowledge and tools to adapt disappeared when sedentary, market agriculture was encouraged and imposed.

Now, many face rising sea levels, stronger storms, more frequent droughts, and declining fisheries — but the tactics they would have used to maintain resilience are either unviable or lost to history.

Douglass cites the example of the prickly pear cactus. As French colonial policies on Madagascar required people to stay in one place, local communities began using the prickly pear as an additional hydration source for themselves and their livestock to buffer the loss of water in drought.

In the 1930s, French officials unleashed a pest, the cochineal, to destroy the cactus. This devastated accumulated wealth in cattle and land, and pushed locals into a cash crop economy, which put them at greater risk of famine in ensuing droughts.

“The prickly pear is a very clear-cut example of how particular policies that were put in place during the French colonial period on Madagascar were in this case directly aimed at changing local livelihoods, because it was thought that cattle pastoralism was not a productive use of land,” Douglass says.

Migration had long been a method of mitigating the impacts of climate change, but forced cash crop cultivation and delineated fisheries keeps people in one place.

“What’s happening now is a lot of development policy that’s sort of top-down policy — that could be aimed at mitigating climate or at improving livelihoods, et cetera — all of that is encouraging people to stay put,” Douglass says.

In the Caribbean, indigenous customs were more completely eradicated after the arrival of Columbus, but there remains paleoclimatological evidence that sea level rise, storm surges, and increased precipitation was a more common occurrence, and archaeological evidence indicates people lived in a more adaptive way.

“The environmental injustice of the Caribbean is that the islands have gone through these massive changes that do put them at risk, because things like monoculture has come in and chopped down all the trees, there are big stresses on water supplies, there’s a real sort of centralized food distribution system,” Cooper said in an interview.

Household construction, for example, was more resilient for its ability to be quickly rebuilt with locally available materials. Archaeological evidence shows that when storms came, those elements may have been lost, but the house posts stayed firmly in the ground for often hundreds of years.

“So the impact of the hurricane means that you can recover very quickly, whereas today, the concrete houses still get smashed down, then you come out of your shelter and the cost of recovery is huge,” Cooper says.

“I think it’s very important to really acknowledge the impact of those historical environmental impacts in order to then learn the lessons and try and be resilient in the modern day,” he says.

The IPCC helps inform global decision-making and government policies on climate change, but it has faced criticism for disregarding the insights that indigenous knowledge could bring.

A working group in 2008 has been the only collection of work focused on indigenous peoples, and scholars have called for the U.N. to take traditional knowledge seriously.

A 2016 perspective paper in Nature Climate Change found the IPCC reports exhibited “limited critical engagement with the diversity, range, and complexities of indigenous knowledge systems.” The report found that diverting from the human dimensions of climate impacts “directs attention away from the underlying root causes of vulnerability, and constrains the potential for linking adaptation to broader policy goals or decolonizing processes.”

In the IPCC’s 2019 report on climate and land, the authors wrote that, “Agricultural practices that include indigenous and local knowledge can contribute to overcoming the combined challenges of climate change, food security, biodiversity conservation, and combating desertification and land degradation.”

Indigenous peoples’ organizations expressed their support of the IPCC statement, writing, “The freedom to govern ourselves, leverage our traditional knowledge, and adapt to our changing circumstances is essential to realizing a more sustainable and climate-resilient future.”

The next step, the authors say, is to collect traditional knowledge and incorporate it into U.N. and government policy. As a start, Douglass has begun recording oral histories when she works in sites in the southwestern Indian Ocean islands.

“It would be a very worthwhile investment to collect oral histories to map ancient trading routes and ancient social networks and just to understand how people have adapted in the past,” she says. “It would not cost that much.”