I Tried Impossible’s New Nuggets, Here’s What I Thought 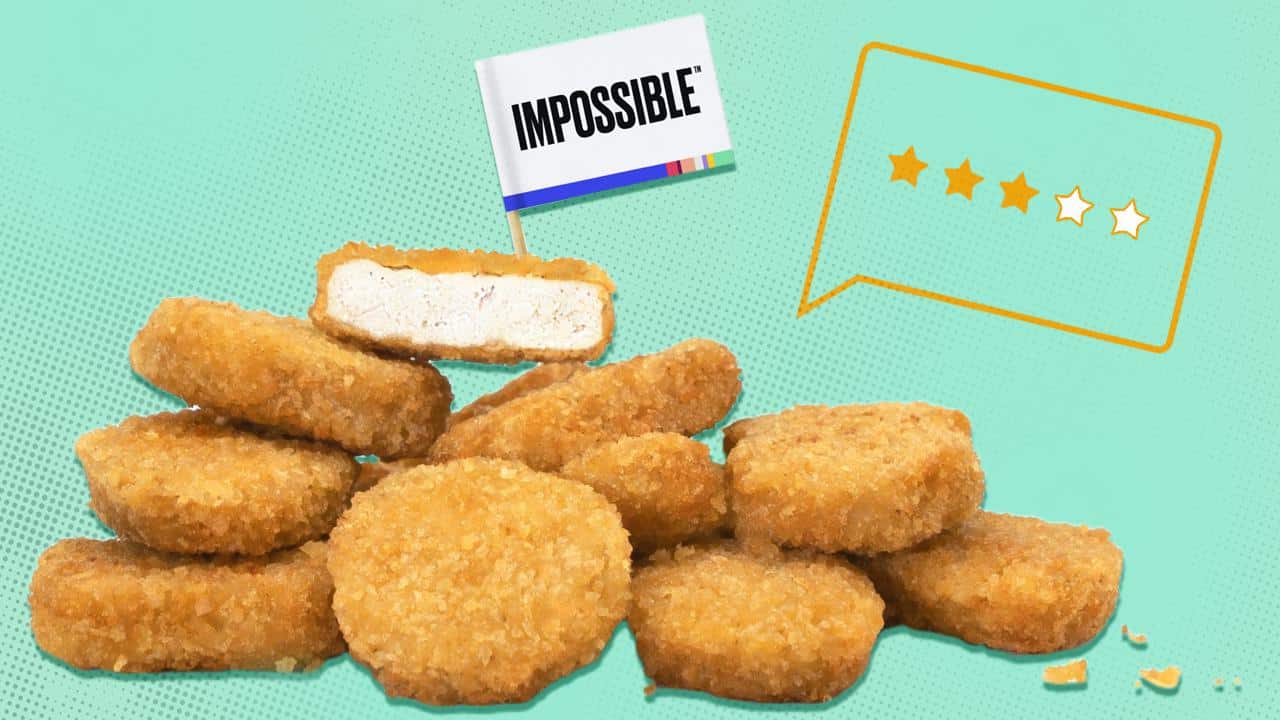 Impossible Foods is now a household name, but most people associate the brand with its famous Impossible Burger. But the company has been hard at work trying to turn plant-based ingredients into more delicious, vegan meat alternatives. The latest development? Chicken nuggets, just like the ones you used to love as a kid.

It’s not easy to mimic that crispy breading and uniquely chewy interior, but Impossible Foods has worked some scientific magic to make it happen. Now that the nuggets are becoming more widely available at stores and restaurants around the U.S., I decided to seek some out and give them a try. Here’s how they stacked up.

Impossible Nuggets are quickly becoming available at many stores and restaurants. The company’s website has a handy locator tool to find specific Impossible Foods products, including the nuggets, at restaurants or grocery stores near you.

Impossible Foods is located at a variety of grocery stores, primarily at Walmart locations across the U.S. I live in Southern California, where this product is also available at some Albertsons, Gelson’s, Vons, and Kroger grocery stores. I found a bag of the new nuggets at Gelson’s.

I first tried Impossible Nuggets at Fatburger in September 2021, but the product is also being tested at select Burger King locations. The fast food giant has already successfully adopted the Impossible Whopper on its menu, so the nuggets are a logical next step. The fast-casual chain Dog Haus has also added the nuggets to its menu.

Some local restaurants are starting to carry the product, with several local sit-down establishments in my neighborhood adding Impossible Nuggets to their veg-friendly menus. With how popular the Impossible Burger is, it won’t be surprising to soon see the nuggets on hundreds of menus nationwide, too. 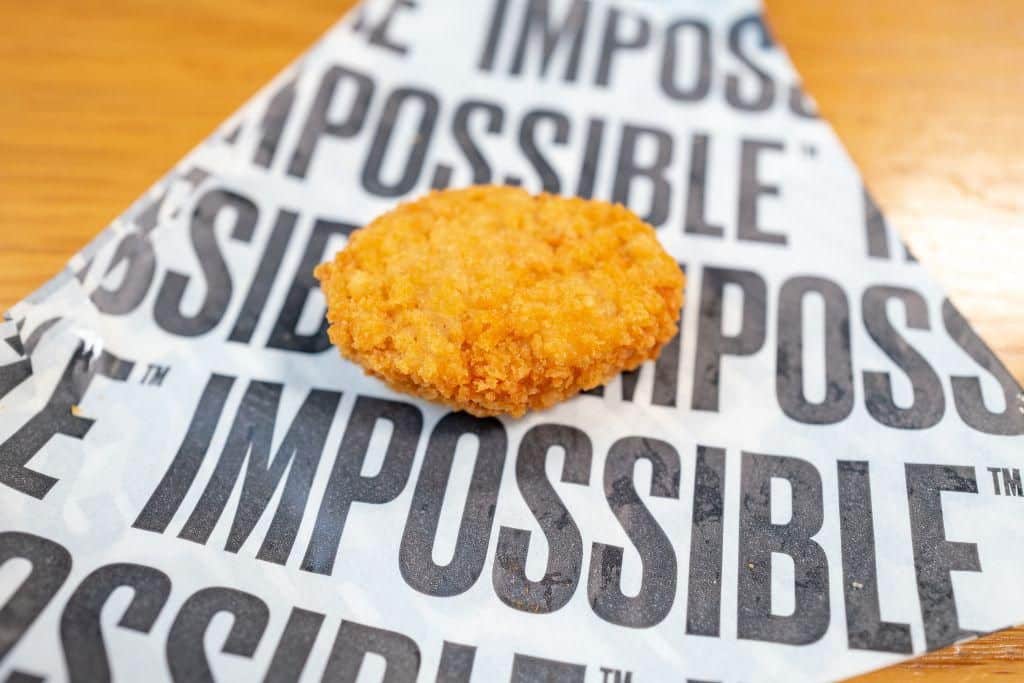 I was fortunate to grab the last bag from the freezer section at Gelson’s, a promising sign that these nuggets were already very popular.

Cooking the frozen nuggets was just as easy as you’d expect. The bag’s instructions suggest cooking them in the oven at 375°F for 11 minutes. I wanted crunchier nuggets, so I popped them in the oven for 13 minutes. They came out golden and fairly crispy, although I could’ve left them in another minute or two.

These do taste very similarly to real nuggets. Granted, I haven’t had real meat in over 6 years, but from what I remember, these Impossible Nuggets were pretty deceptive. The flavor had a strong black pepper flavor to it, too, which was fine with me.

The interior had that chewy, slightly stringy interior like real chicken nuggets do. The exterior had a fine bread crumb that came out golden and pretty crispy, but not quite as crispy as I would have liked. Luckily, that’s easy to remedy with a few extra minutes in the oven. The bag also recommends cooking the nuggets in an air fryer. I don’t have one, but I imagine the nuggets would get nice and crispy via this cooking appliance.

I loved these nuggets. They’re a little more expensive than some other plant-based alternatives, and they are probably my second choice as far as vegan nuggets from the freezer section of the grocery store go. (My favorite, you ask? The Gardein “crispy tenders,” thank you very much.)

But the Impossible Nuggets were delicious. I devoured them quickly and wanted more. The most impressive part to me was that my partner, an avid meat eater, said these nuggets looked and smelled really good. He didn’t end up eating any, but he did say they made him very hungry, which is more than he has said about all the plant-based meat products I try on the regular. These nuggets probably wouldn’t fool your more carnivorous friends and family members, but they are a close match to the real deal. They definitely satisfy a nugget craving.

I’ve tested the Impossible Nuggets twice, now: once at Fatburger and once at home. I preferred how they tasted at home. The nuggets from Fatburger weren’t very crispy and slightly soggier inside, but they were still tasty. I just preferred the texture of the ones I made at home.

The other factor here is cost. As a newer, plant-based product, these are pretty costly still. I got a bag of about 20 nuggets for a steep $8.99 at the store. At Fatburger, I got a 6-piece, sides not included, for $6.99. The cost might go down over time, which would make these a little more appealing.

Impossible Foods was founded by a Stanford University professor, Patrick O. Brown, who wanted to shift his career to address climate change and create solutions to this global crisis. The wildly popular Impossible Burger debuted in 2016 and quickly became a hit with its meaty texture that was nothing like the bean-, carrot-, and pepper-based patties on menus and store shelves previously. The original burger formula was updated to a new-and-improved patty in 2019, followed shortly by Impossible Sausage. The company has also recently debuted Impossible Pork and now Impossible Nuggets.