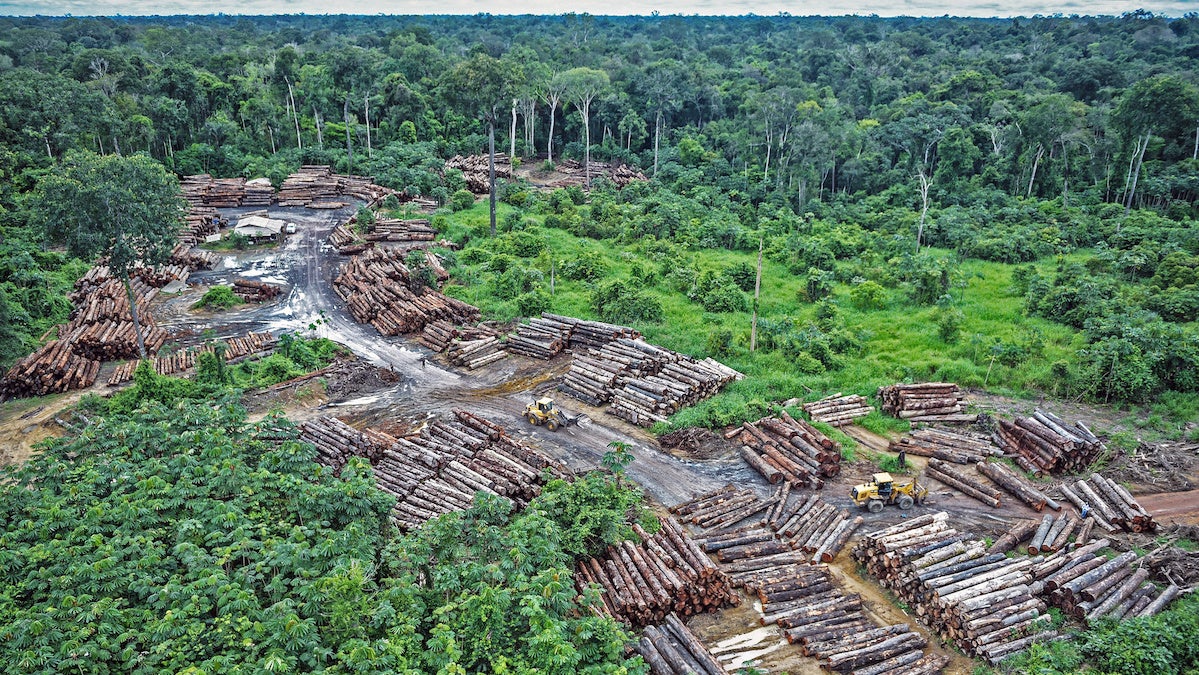 The UK government is looking to take charge of a major crackdown on the illegal and largely unregulated plundering of forests in developing nations. The UK plans to form a coalition of developing countries to combat the practice as part of its duties as host of the UN’s COP26 climate summit in November, as The Guardian reported.

The illegal clear-cutting of forests for timber, palm oil, cattle ranching, or mining and drilling exploration is a leading cause of greenhouse gas emissions, but many countries where the worst offenders are lack the institutional tools to stop the practice. The UK’s Department for International Development will lay out its plans to support strengthening the rule of law, support responsible forest-management, and provide law enforcement help to stop illegal logging, as The Guardian reported.

The plans come at a time when help is desperately needed from policy makers, since many of the world’s wealthiest companies have made no public commitment to stop illegal deforestation in their supply chain, according to a new report from UK-based Global Canopy, as Reuters reported.

The Global Canopy report called Forest 500 looked at 500 companies and financial institutions that have the most effect on tropical forests. It tracks their practices and their self-reporting on commitment to tamp down on deforestation. The study yielded some disturbing results that show the need for government action.

Global Canopy found that 40 percent of the 350 companies that produce, trade, use or sell the largest amounts of six key commodities made no public declaration to prevent deforestation in their operations and supply chains, as Reuters reported. Some of the companies that have not made such a declaration include Amazon and luxury fashion groups such as Capri, which owns Versace, Michael Kors and Jimmy Choo.

The numbers for banks were worse. Nearly 70 percent of the 150 banks and investment houses funding the companies have been silent about deforestation, according to Reuters. The offenders include four of the world’s five biggest asset managers — BlackRock, Vanguard, State Street and Fidelity Investments.

The UK government is hoping the coalition built at COP26 will reverse the trend.

“The illegal timber trade robs the earth of trees, which not only help stop climate change, they also play a critically important role in maintaining the world’s threatened biodiversity,” said Zac Goldsmith, a minister for international development, as The Guardian reported. “This is a huge success story for the UK and for the world, and sets the scene for what we hope will be a successful year of international cooperation in the run-up to COP 26.”

A new amount of cooperation and commitment on a global scale is needed. After all, the UK tried to curb illegal deforestation nearly six years ago. In that move from September 2014, the Department for International Development sought to enhance relationships with companies and farmers in developing countries to create multinational supply chains free from unsustainable deforestation, according to a government announcement.

And yet, six years later, illegal deforestation is a growing problem on a troubling trend line.

“The picture as a whole is quite bleak obviously, with deforestation rates still rising,” said Sarah Rogerson, author of the Forest 500 study, as Reuters reported. “Clearly something is not working and that’s basically because there is not a sector shift.”

Zak Goldsmith pointed out that the UK’s efforts have made some positive steps, noting that UK intervention led to the prosecution of an illegal logger in Indonesia and helped China strengthen its commitments to ending the trade, according to The Guardian.

“These are vital steps towards making sure there is no safe harbor for illegal timber anywhere in the world,” he said, as The Guardian reported. “The UK will continue to work with China, Indonesia and our other international partners to protect the world’s forests for future generations.”