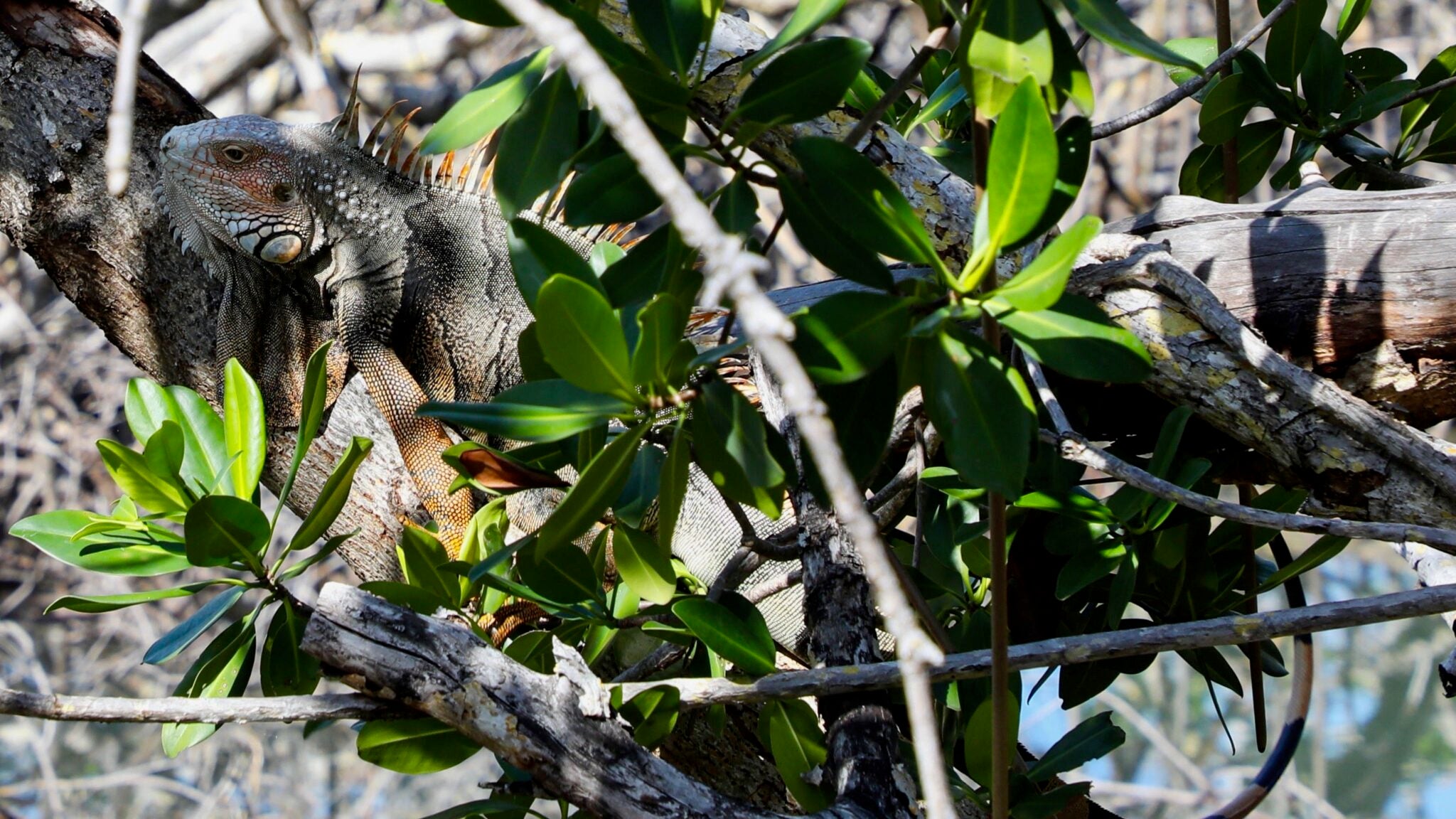 An iguana is seen on a tree branch on November 22, 2019 in Marathon Island, Florida. LUDOVIC MARIN / AFP / Getty Images

An unusual weather report made waves this week as meteorologists warned residents of Florida to be aware of “raining iguanas.”

Yes, you read that correctly.

The Sunshine State experienced an unusual cold snap earlier this week as temperatures dipped into the 30s, virtually freezing the cold-blooded lizards in their tracks, forcing them to drop, fall and dive from whatever perch they may have been resting on.

“This isn’t something we usually forecast, but don’t be surprised if you see iguanas falling from the trees tonight as lows drop into the 30s and 40s. Brrrr!” tweeted the National Weather Service (NWS) of Miami on Tuesday. A number of subsequent tweets posted by Floridians confirmed the cascade of immobilized falling iguanas littered throughout parts of the state.

Jan 21 – This isn't something we usually forecast, but don't be surprised if you see Iguanas falling from the trees tonight as lows drop into the 30s and 40s. Brrrr! #flwx #miami pic.twitter.com/rsbzNMgO01

Iguanas begin to feel sluggish when temperatures dip below 50. Below 45 the reptiles are rendered paralyzed, essentially “freezing” in their tracks. The large lizards climb trees to roost but stiffen up and fall when the temperature gets too cold, reports The New York Times. As meteorologist Chris Michaels told USA Today, this isn’t the first winter to see falling iguana.

“At about 50 degrees, iguanas can become lethargic,” Michaels told the publication. “It’s when the temperature drops to about 40 degrees or lower that their blood doesn’t move around as quickly. As a result, they can stiffen up and fall out of the trees in which they frequent.”

Two years ago, Florida officials told residents to let fallen iguanas lie — the cold weather doesn’t kill them and a bit of sunshine will “thaw” their cold blood. Once the animals warm up, they may feel threatened and bite well-intentioned citizens in their tracks.

Reaching lengths of up to five-feet-long, iguanas are not native to Florida but were first reported in the in the 1960s, according to ABC News. In fact, wildlife officials issued a news release last year encouraging Floridians to remove and kill iguanas, notes NPR. But what does one do with a fallen frozen reptile? The Miami Herald reports that several ads for iguana meat were posted on Facebook Marketplace in Miami and its nearby cities, imploring a culinary exploration of “chicken of the trees” in what a University of Florida blog post calls a mildly flavored “economical source of protein.”

Though no weather records were broken, NWS Miami notes that Wednesday was “definitely not your average day in South Florida.” The coldest temperatures for Jan. 22 was set in 1985, with a low of 30 in Miami and 29 in Fort Lauderdale. Low temperatures were short-lived and are expected to be back in the 70s this week.