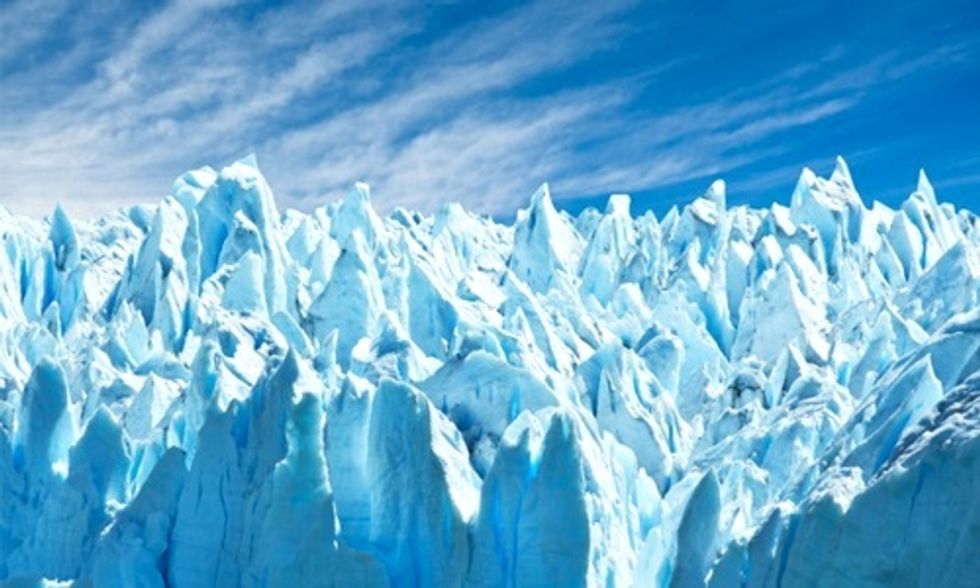 The phrase “ice age” may bring to mind woolly mammoths, saber-toothed cats and perhaps Sid the sloth from the animated films. It certainly doesn’t suggest ideal conditions for us distinctly-not-woolly humans.

New research suggests that the impact of humans on the planet is pushing back when the Earth might descend into its next ice age.

While the Earth might have naturally cycled back into an ice age in 50,000 years’ time in the absence of emissions, we’re unlikely to see one for at least 100,000 years because of the CO2 we put into the atmosphere.

The findings highlight the huge impact that humans are having on the planet, say scientists not involved in the study.

Around 12,000 years ago, the Earth emerged from its last ice age. As the vast ice sheets that covered much of the northern hemisphere receded, human civilization blossomed, making the most of the relatively mild conditions that we still enjoy today.

In the new study, published in Nature, researchers have worked out a formula for what triggers an ice age to start. The timing is based on two principal factors, they say: the amount of the sun’s energy the northern hemisphere receives during summer and the levels of CO2 in the atmosphere.

The amount of energy the Earth gets from the sun fluctuates naturally over many thousands of years because of subtle variations in the Earth’s position and orbit around the sun. These are known collectively as as Milankovitch Cycles.

Running simulations with an Earth System model, the researchers find that if atmospheric CO2 were still at pre-industrial levels, our current warm “interglacial” period would tip over into a new ice age in around 50,000 years’ time.

But CO2 emissions from human activity in the past, and those expected in the future, mean the next ice is likely to be delayed to 100,000 years’ time, the researchers say.

This is a point that Prof Michel Crucifix from the Université catholique de Louvain picks up in an accompanying News & Views article. Even though the industrial revolution is only a few centuries old, human-caused emissions will keep atmospheric CO2 levels elevated for many thousands of years, he says:

As for holding off the next ice age, the damaging impacts of climate change will be felt long before then, says Prof Richard Allan, professor of climate science at the University of Reading, who wasn’t involved in the study:

“[The next ice age is] not worth worrying about compared to immediate concerns about damaging human-caused climate change expected over the coming decades if no action is taken to mitigate this likelihood.”

The findings show just how profound the impact humans are having on the planet, says Prof Andrew Watson, Royal Society research professor at the University of Exeter:

“This study further confirms what we’ve suspected for some time, that the CO2 humans have added to the atmosphere will alter the climate of the planet for tens to hundreds of thousands of years.”

Prof Jonathan Bamber, a professor in physical geography at the University of Bristol, agrees:

“It is both remarkable and a little scary to think that, in a short space of time, humans have been able to modify the climate system in such a dramatic and profound way.”

The researchers also looked back into the Earth’s history, and found that we narrowly missed descending into an ice age a few hundred years ago.

Natural CO2 levels during the most recent interglacial periods have been at around 280 parts per million (ppm), but have been as low as 240ppm in the more distant past.

Running their model for these different levels of atmospheric CO2, the researchers found that an ice age could have been triggered if CO2 had been at the lower level of 240ppm.

A recent study suggested that land clearance and early agriculture by humans around that time could be the reason for the extra 40ppm in the atmosphere. But Ganopolski and his co-authors say the changes to land use are unlikely to have caused such a large increase in CO2.

Avoiding the ice age was just down to luck, says Ganopolski:

“What we show in our paper is that we escaped the glacial inception naturally, thanks to a proper combination of Earth’s orbital parameters and natural CO2 concentration.”

So although humans aren’t behind this icy near-miss, it seems we are having a substantial impact on when the next ice age does finally appear.