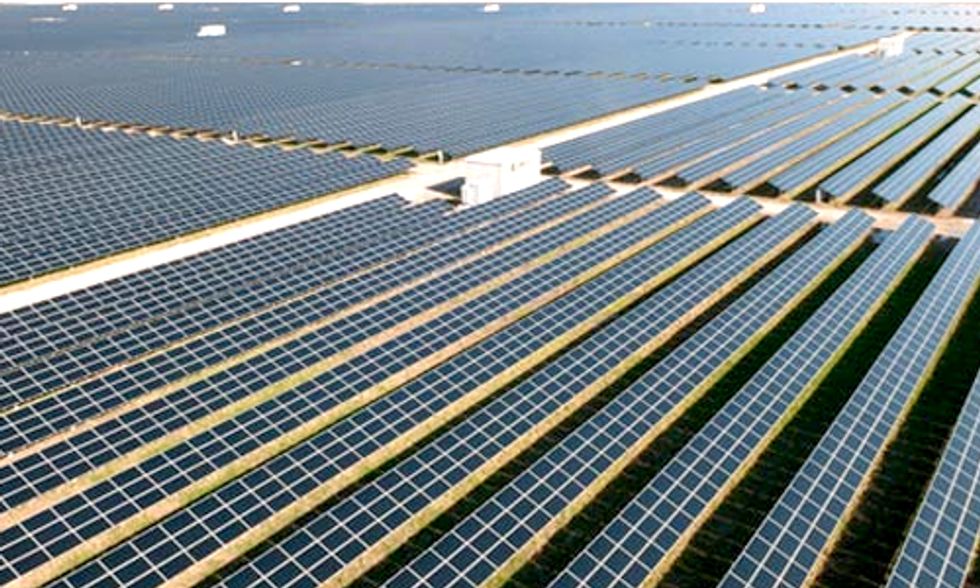 The Obama administration on Wednesday announced that it has given final approval to two sizable solar projects on public lands near the Nevada-California border, which when operational are expected to provide a combined 550 megawatts of renewable energy, or enough to power about 170,000 homes and create 700 jobs.

“When President Obama first took office in 2009, there were no solar projects approved on public lands, and no process in place to move forward the hundreds of applications pending from businesses that wanted to harness renewable energy to help power our nation,” Secretary of the Interior Sally Jewell said in a statement. “With today’s milestone … and with a number of those already producing energy for the nation’s electric grid, our clean energy future is bright.”

The announcement is surely a win for advocates of renewable energy on public resources. As of 2012, public lands and waters housed approximately 43 percent of all the coal and 20 percent of the natural gas produced in the U.S., according to a report from the Center for American Progress. Conversely, only 1 percent of the country’s wind and practically none of its solar power were derived from federal lands at the time.

And though the number of renewable energy project approvals is increasing, the number of projects that are actually generating energy is low—meaning that right now, the energy produced from public lands is still hurting the climate more than it is helping. As the Center for American Progress recently reported, the dirty energy currently produced on public lands is contributing nearly 4.5 times more carbon to the atmosphere than those lands are currently able to absorb through natural processes.

While the Obama administration pushes for more renewable energy on public lands through its Climate Action Plan, some state governors and the Republican National Committee are pushing back with more efforts to use those lands for fossil fuel development—using economic advantages as a primary driver.