How to Prepare for a Hurricane 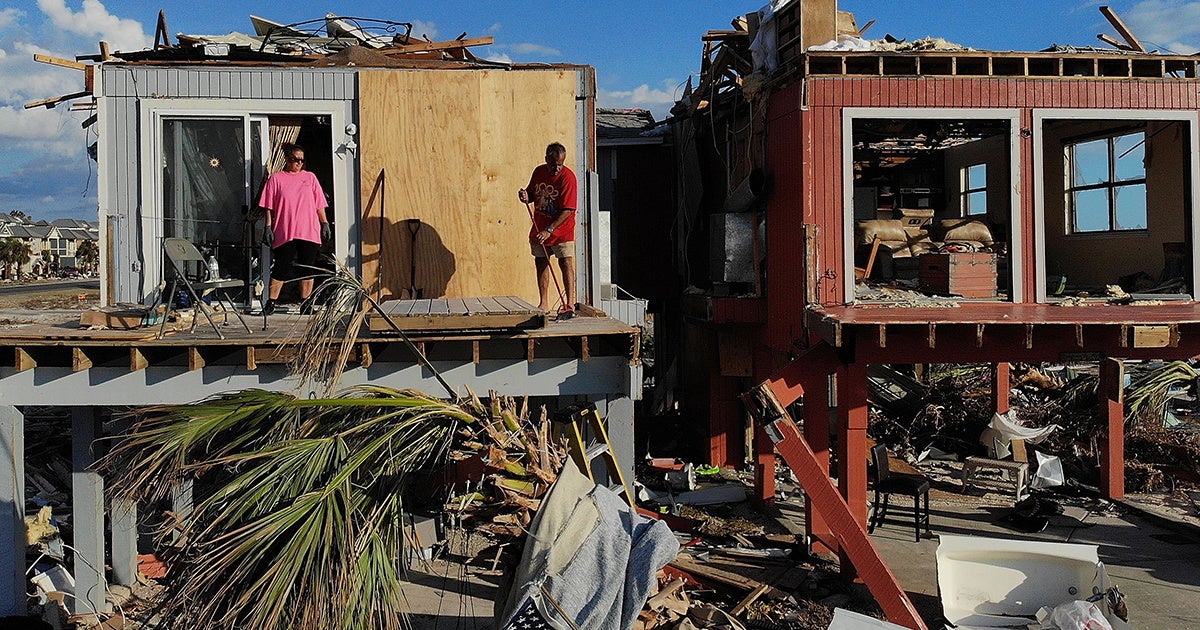 Bela Sebastiao and Jaques Sebastiao (R) begin the process of cleaning up their home after after it was heavily damaged by hurricane Michael on Oct. 17, 2018 in Mexico Beach, Florida. Joe Raedle / Getty Images

As the climate changes and ocean temperatures and sea levels rise, flooding from hurricanes has become more serious. That’s why it’s important for people who live in places vulnerable to hurricanes to prepare for the dangers associated with flooding and storm surge.

Many people associate hurricanes with high winds, but storm surge — the wall of water pushed ashore by the storm — can be an equal or even greater danger for people and property.

“We want people to know that they can hide from the wind, but they need to run from the water,” said Jay Wiggins, who directs the Emergency Management-Homeland Security Agency in Glynn County, Georgia.

Water weighs about 1,700 pounds per cubic yard. As it’s pushed by hurricane winds, it can act like a battering ram, pummeling the shore and buildings.

Sea levels are rising in substantial part from warming ocean waters, melting glaciers, and ice sheets. Because of that sea-level rise, storm surges can inundate more coastline than they did in the past. Storm surges are particularly dangerous when they occur during high tide, because they can raise water levels by as much as 20 feet.

Although the overall number of hurricanes isn’t known to be increasing, there is evidence that climate change is making some storms worse. For example, several studies have found that climate change increased the odds of the intense precipitation that fell during Hurricane Harvey, which made landfall in Texas in 2017. A 2013 study projected a 45-87 percent increase in the frequency of Category 4 and 5 hurricanes — the most dangerous categories — in the Atlantic Basin during this century.

How to Prepare for a Hurricane

Before a hurricane even pops up on the forecast, there are a few steps that you can take to prepare. Consider investing in flood insurance — or if you’ve already purchased it, familiarize yourself with the policy. Sign up for your community’s emergency alert system.

If a hurricane is imminent, it’s important to take additional precautions to minimize potential damage and threats to your safety. Here are some key steps that the Federal Emergency Management Agency recommends:

What to Do During a Hurricane

FEMA warns to not walk, swim, or drive through floodwaters. Floods can develop quickly, so stay alert for the potential of flash flooding.

According to the Department of Homeland Security’s Ready campaign, six inches of water can knock a person down and one foot of water can be enough to pick up some vehicles.

Avoid flood water. It may contain dangerous debris and be contaminated. Floodwaters also pose the danger of electrocution if electronics or downed power lines are exposed to water.

And creatures like snakes may lurk on or beneath the surface.

What to Do After a Hurricane

Before you begin to clean up, listen to authorities for further instructions. In addition, follow these FEMA guidelines.

Brooke Bauman is an intern at Yale Climate Connections and a student at UNC-Chapel Hill studying environmental science, geography, and journalism.