Hurricane Expected to Hit Louisiana This Weekend, and New Orleans Is Already Flooding 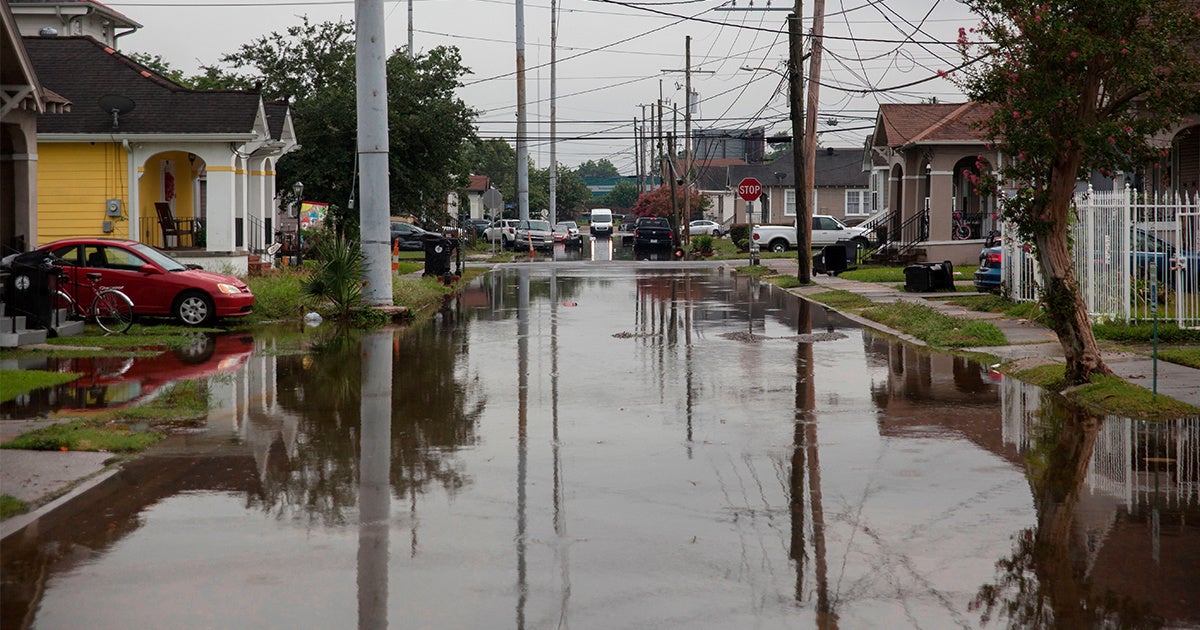 The first Atlantic hurricane of the season is expected to hit Louisiana Saturday, and New Orleans is already flooding.

Valerie R. Burton described waking up to the deluge.

“There was about three to four feet of water in the street, pouring onto the sidewalks and at my door,” Burton told USA Today. “So, I went to my neighbors to alert them and tell them to move their cars.”

But the fear is that things could get much worse over the weekend. The storm is expected to move slowly at 8 miles per hour, giving it more time to dump rain in some places. Louisiana Gov. John Bel Edwards said around 10 to 15 inches of rain could fall between Friday and Saturday, as CNN reported.

While New Orleans itself is not in the projected path of the hurricane, meteorologists are still concerned the city could be flooded if the Mississippi crests at 20 feet, as is now predicted. New Orleans is only protected up to 20 feet.

Dr. Jeff Masters of Weather Underground explained how that might happen:

Developing Potential Tropical Cyclone 2 (PTC 2) in the Gulf of Mexico is predicted to bring a storm surge of 3 – 6 feet to Southeast Louisiana, which New Orleans’ improved levee system would ordinarily be able to handle with ease. However, these are not ordinary times. The Mississippi River is near flood stage, with the waters of the river lapping just four feet below the lowest point in the levee system protecting the city. If PTC 2 intensifies into Hurricane Barry as forecast, the storm surge from Barry has the potential to move up the Mississippi River and come close to overtopping the lowest points in New Orleans’ levee system. If Barry grows stronger than forecast and takes a track closer to New Orleans than currently forecast, the potential for serious storm surge flooding of New Orleans exists.

“I’m very concerned about the impending storm, with the Mississippi River near flood stage. I’m very worried about more flooding,” she said.

A Nola.com article pinpointed levees along New Orleans’ Lower 9th Ward, as well as along St. Bernard Parish and Algiers, that were only between 18 and 19.99 feet, according to Army Corps of Engineers levee data. These levees would be overtopped by a 20 foot flood.

However, corps spokesperson Ricky Boyett told Nola.com that the levees for the Lower 9th Ward were really between 20 and 21 feet.

“Our modeling does not show overtopping of the levees in the 9th,” he said.

He said there was one levee segment in St. Bernard that might be at risk, and that officials would fight flooding there as needed.

Whether or not the river does overtop the levees, the risk was made more likely by the climate crisis, meteorologist Eric Holthaus explained in The New Republic.

Louisiana has only seen a July hurricane three times, and all of them were in the last 40 years, Holthaus said. Research suggests climate change might make this more likely as the Gulf of Mexico warms earlier; the Gulf waters are currently closer to August temperatures.

Meanwhile, the Mississippi has been at flood stage in southern Louisiana since Jan. 6, the longest period on record. In general, spring floods are happening earlier as the atmosphere heats up.

“Even if Barry steers away from Louisiana, this won’t be the last time the region has to deal with the dual threat of extreme late-season flooding and extreme early-season hurricanes,” Holthaus wrote. “As the climate continues to warm, the atmosphere will continue to be able to hold more moisture, increasing the likelihood of intense rainfall in already-wet areas.”