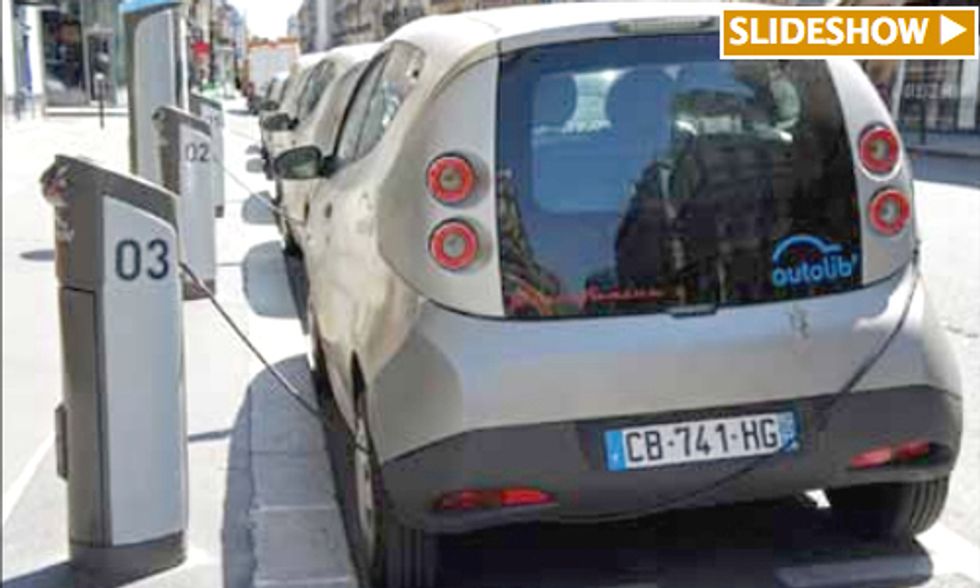 With nearly 220,000 electric vehicles on U.S. roads, politicians and clean energy advocates believe it's time to charge ahead further.

Environment America's new study, Driving Cleaner: More Electric Vehicles Mean Less Pollution, proves the point of its title while showing why things should get even better under the Clean Power Plan and with increased deployment of renewable energy.

“It’s time to charge ahead,” said Travis Madsen, senior program manager for Environment America’s Global Warming Solutions campaign. “It’s not just because electric cars are speedy, quiet and cool-looking—they are also one of the most important tools we have to break our dependence on oil, clean up our air, improve our health and protect our climate.”

The report predicts that EVs could prevent more than 18 million metric tons of carbon pollution annually in the U.S. by 2025.

“Transportation accounts for nearly half of our greenhouse gas emissions, so getting more electric vehicles on the road is important for Washington State," said Charles Knutson, senior policy advisor for Gov. Jay Inslee. "The governor recently issued an executive order to extend our high-speed charging network, maintain and expand electric vehicle incentives and further electrify our public fleets.”

A year ago, a group of governors pledged to do their part in getting 3.3 million zero-emission vehicles on the road by 2025.

“The transportation sector accounts for about one-third of the greenhouse gases emitted, so the deployment of more electric and plug-in vehicles is key for Massachusetts to achieve our ambitious goals,” said Massachusetts Energy and Environmental Affairs Secretary Maeve Vallely Bartlett. “The Patrick Administration has put into place several policies that will help usher in a new era of clean cars, and we are collaborating with other states to get millions of electric vehicles on the road.”