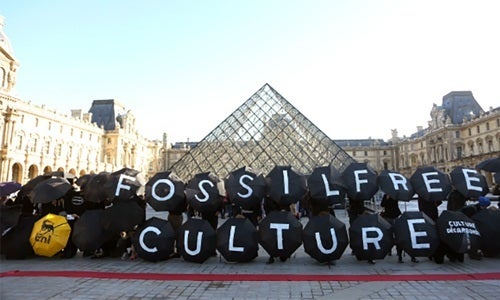 Two overlapping news stories in the past few weeks must focus our attention on the need to move away from fossil fuels as quickly as possible and to transition our global economy to a more just and resilient system, especially for the world’s poor and vulnerable peoples.

First, it was widely reported that 2015 was the hottest year ever recorded in human history. Specifically, the global temperature was not just higher than ever, but it rose faster than ever and the 5-year period, 2011-2015, was also the hottest 5-years ever. Climate change is real, is happening right now and seems to be accelerating in speed and intensity with every passing year. 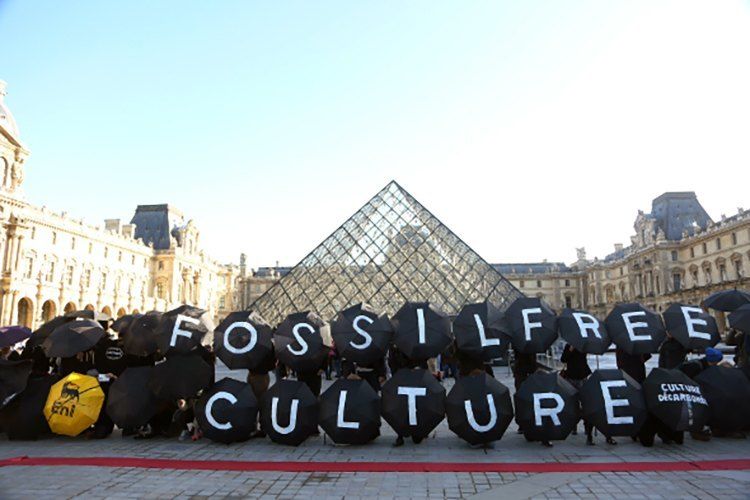 The fossil fuel economy is broken and is collapsing around us. Photo credit: Kristian Buss

Second, global oil prices continue to collapse, now below $30/barrel. This sent world stock markets down and had a number of negative impacts on human rights issues around the world. A New York Times article last month reported the devastating impact that falling oil prices are having on poor and marginalized people in Russia. Oil is Russia’s biggest export commodity, makes up more than 15 percent of the Gross Domestic Product and around 50 percent of its federal budget. As oil prices dropped, the Russian government began making cuts to social spending, focusing on cuts to the poorest people first. Retirees, teachers, factory workers—all have seen large cuts to their incomes and struggle to get by.

Near-disastrous news stories are also pouring out of other countries that export large amounts of oil. News from Nigeria, Angola, Ecuador and Brazil is describing serious economic problems, with cuts to social spending for poor people first in line to make up for government shortfalls from oil revenues. Venezuela is said to be teetering on international bankruptcy and default of its $120 billion in foreign loans due to the collapse in oil prices. The Venezuelan government is nearly in chaos as tens-of-thousands of workers have been laid off, numerous multi-million dollar infrastructure projects have been delayed—including housing for the poor—and government spending on social programs has already been cut 24 percent with bigger slashes looming. 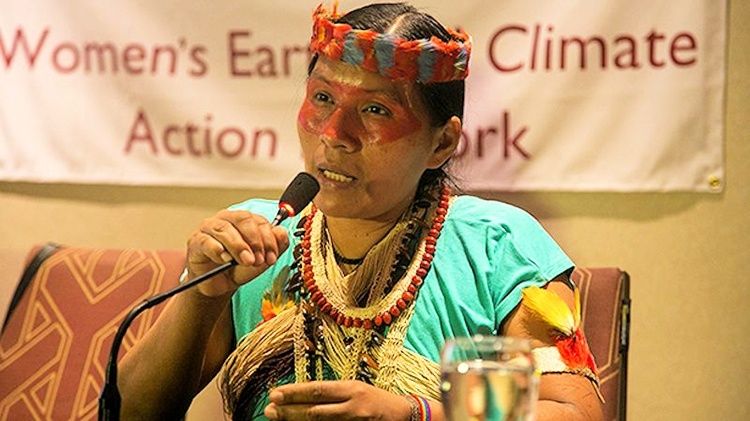 Alicia Cahuilla, vice president of the National Waorani Federation in Ecuador, speaks in Lima, Peru, in support of women’s and environmental rights and against oil companies. Photo credit: Caroline Bennett

Further, in almost all of the exact same countries that are now suffering from the low oil prices, the exploration and extraction of oil has had—and continues to have—extraordinarily negative impacts on many of the same poor and indigenous people. When global oil prices were high, the march of oil companies was relentless across the rainforests of South America as well as the dry plains of Africa. And in both of those places, poor, rural and indigenous peoples’ homelands were under assault by oil companies. Now that oil prices have plunged, oil drilling and production is still occurring, yet the economic system that helps support poor people is further collapsing.

Even worse, the world’s indigenous, poor, rural and marginalized people have and will continue to suffer the brunt of climate change chaos as global temperatures increase. Extreme weather events such as hurricanes and flooding have wreaked havoc in the Philippines, in Haiti, as well as in New Orleans and New York over the last decade. These events can compound for the most vulnerable people—as one simple statistic among dozens that could be reported, poor women are disproportionately impacted and are 14 times more likely to die in climate change events.

Clearly, the fossil fuel economy is broken and is collapsing around us.

Paradoxically, in some cases, fossil fuel extraction and development is funded by international aid organizations in hopes of creating jobs and strengthening local economies in poorer countries. A recent analysis by Oil Change International indicated that the World Bank spent $3.4 billion (U.S.) in 2014 funding various fossil fuel development schemes around the globe.

We see this type of World Bank development as the exact opposite of the direction international aid and philanthropy should go. It is creating a vicious cycle of poverty, climate change impacts and debt and is forcing a malicious addiction to a collapsing fossil fuel economy.

At Global Greengrants Fund, we are working with coalitions of groups and philanthropists where we take a dramatically different approach to international aid and granting. We aim to fund alternative solutions that help address underlying systemic problems and create systemic change. We want to help create economies that are more local and sustainable, that do not rely on fossil fuels extraction and that move the world away from a dependence on international economic cycles such as the rise and fall of oil prices.

In addition, this year Terry Odendah began a new role serving as co-chair of the EDGE Funders Alliance which is an international coalition of philanthropists working specifically to fund efforts that change the underlying system and move global economies in a more sustainable direction. EDGE Funders, as the name suggests, fund at the “edge”—to create global social change. Here are some examples of what EDGE funders focus on and provide grants for:

Rather than promote massive development schemes that can cause havoc to cultures, economies and the environment, we support creating a transition to a new economy and ecology that focuses on what we sometimes call the “resilience solution.” Resilience, in an increasingly climate-changed and unstable world, will likely come about for people, cultures and environments that are more diverse, decentralized, democratic and more efficient and egalitarian with their distribution of natural and economic resources.

Did you read the news today? Oh boy. It’s time to take action to change the system. The global fossil fuel economy not only is collapsing—it must collapse—so we can build a new, just and resilient economy to replace it.