Since 1850, These Historical Events Have Accelerated Climate Change 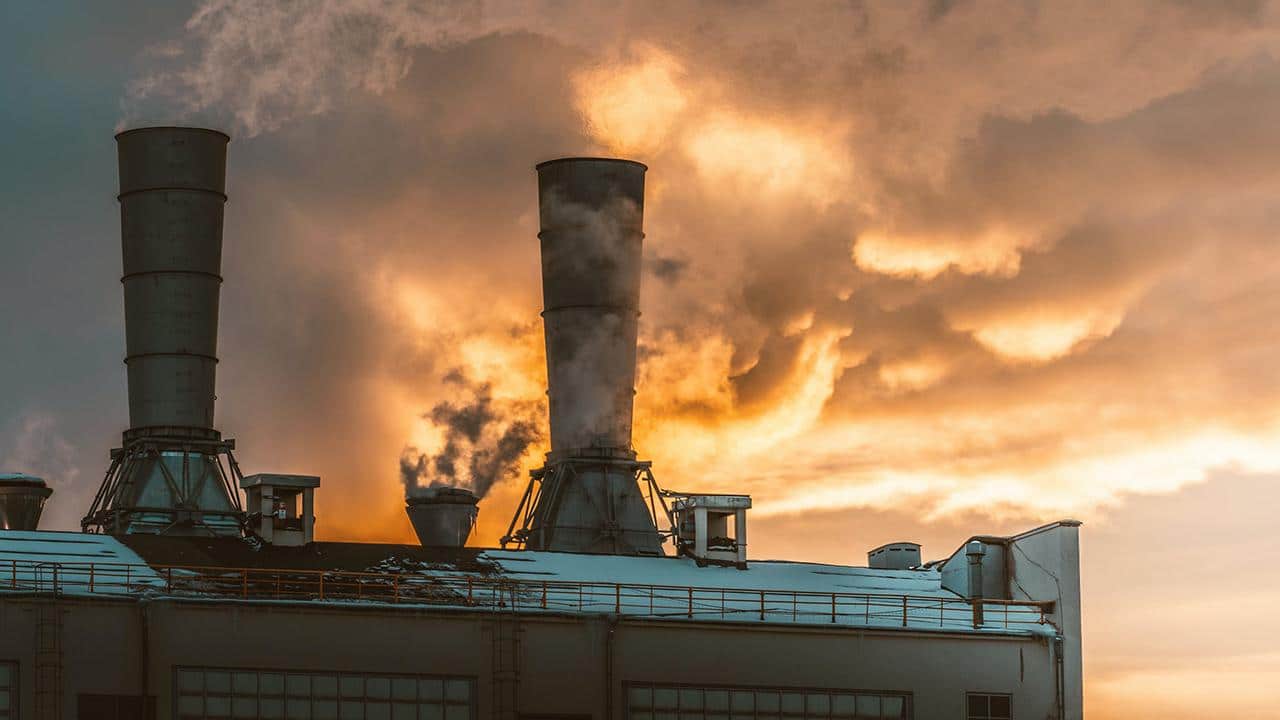 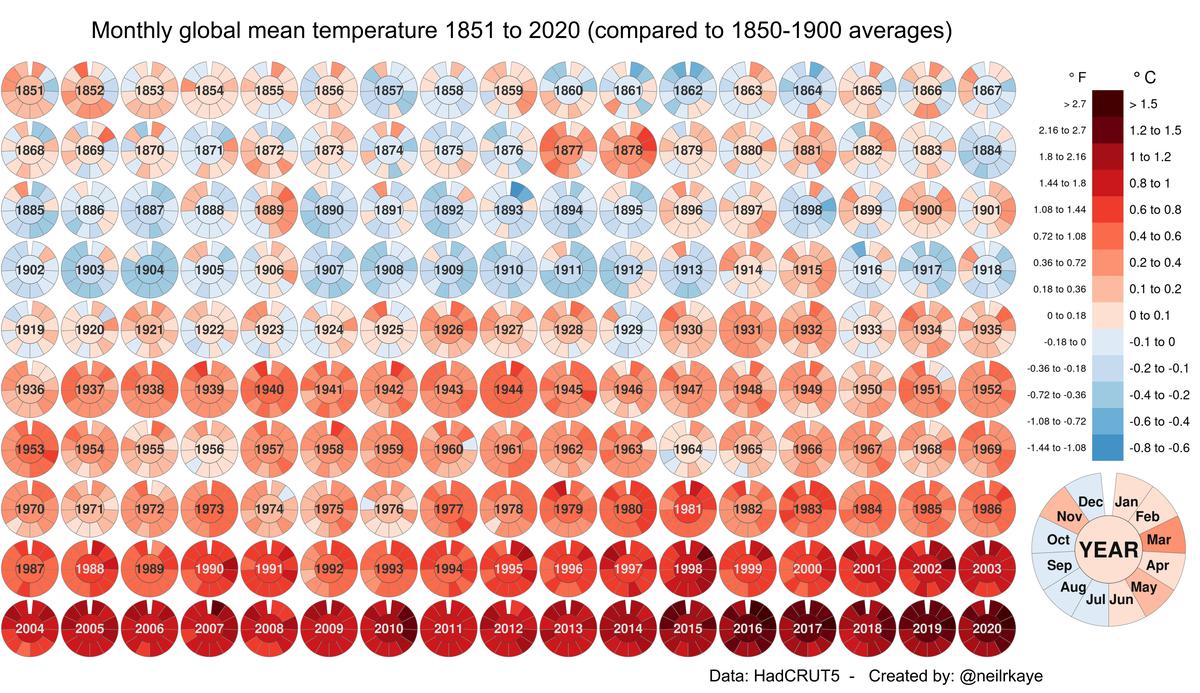 Since 1880, the Earth’s average surface temperature has risen by 0.07°C (0.13°F) every decade. That number alone may seem negligible, but over time, it adds up.

In addition, the rate of temperature change has grown significantly more dramatic over time—more than doubling to 0.18°C (0.32°F) since 1981. As a result of this global warming process, environmental crises have become the most prominent risks of our time.

In this global temperature graph, climate data scientist Neil R. Kaye breaks down how monthly average temperatures have changed over nearly 170 years. Temperature values have been benchmarked against pre-industrial averages (1850–1900).

What is Causing Global Warming?

The data visualization can be thought of in two halves, each reflecting significant trigger points in global warming trends:

The global temperature graph makes it clear that for several years now, average surface temperatures have consistently surpassed 1.5°C above their pre-industrial values. Let’s dig into these time periods a bit more closely to uncover more context around this phenomenon.

An obvious, early anomaly on the visual worth exploring occurs between 1877–1878. During this time, the world experienced numerous unprecedented climate events, from a strong El Niño to widespread droughts. The resulting Great Famine caused the deaths of between 19–50 million people, even surpassing some of the deadliest pandemics in history.

In the first five rows of the global temperature graph, several economies progressed into the Second Industrial Revolution (~1870–1914), followed by World War I (1914-1918). Overall, there was a focus on steel production and mass-produced consumer goods over these 80+ years.

Although these technological advances brought immense improvements, they came at the cost of burning fossil fuels — releasing significant amounts of carbon dioxide and other greenhouse gases. It would take several more decades before scientists realized the full extent of their accumulation in the atmosphere, and their resulting relation to global warming.

The second half of the global temperature graph is marked by World War II (1939-1945) and its aftermath. As the dust settled, nations began to build themselves back up, and things really kicked into hyperdrive with the Third Industrial Revolution.

As globalization and trade progressed following the 1950s, people and goods began moving around more than ever before. In addition, population growth peaked at 2.1% per year between 1965 and 1970. Industrialization patterns began to intensify further to meet the demands of a rising global population and our modern world.

The Importance of Historical Temperature Trends

The history of human development is intricately linked with global warming. While part of the rise in Earth’s surface temperature can be attributed to natural patterns of climate change, these historical trends shed some light on how much human activities are behind the rapid increase in global average temperatures in the last 85 years.

The following graph from Reddit user bgregory98, which leverages an extensive data set published in Nature Geoscience provides a more dramatic demonstration. It looks at the escalation of global temperatures over two thousand years. In this expansive time frame, eight of the top 10 hottest years on record have occurred in the last decade alone. 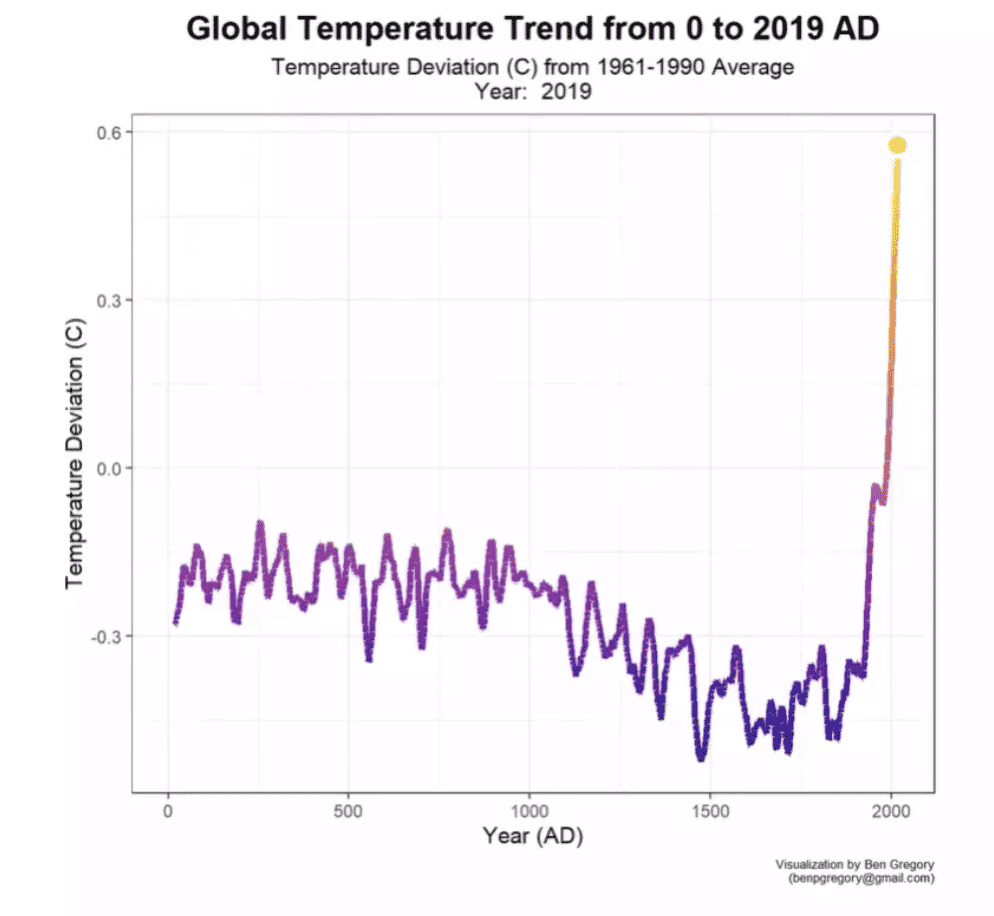 This graph looks at the dramatic escalation of global temperatures over 2000 years. Visual Capitalist

Global warming and climate change are some of the most pressing megatrends shaping our future. However, with the U.S. rejoining the Paris Climate Agreement and the reduction of global carbon emissions highlighted as a key item at the World Economic Forum’s Davos Summit 2021, promising steps are being taken.