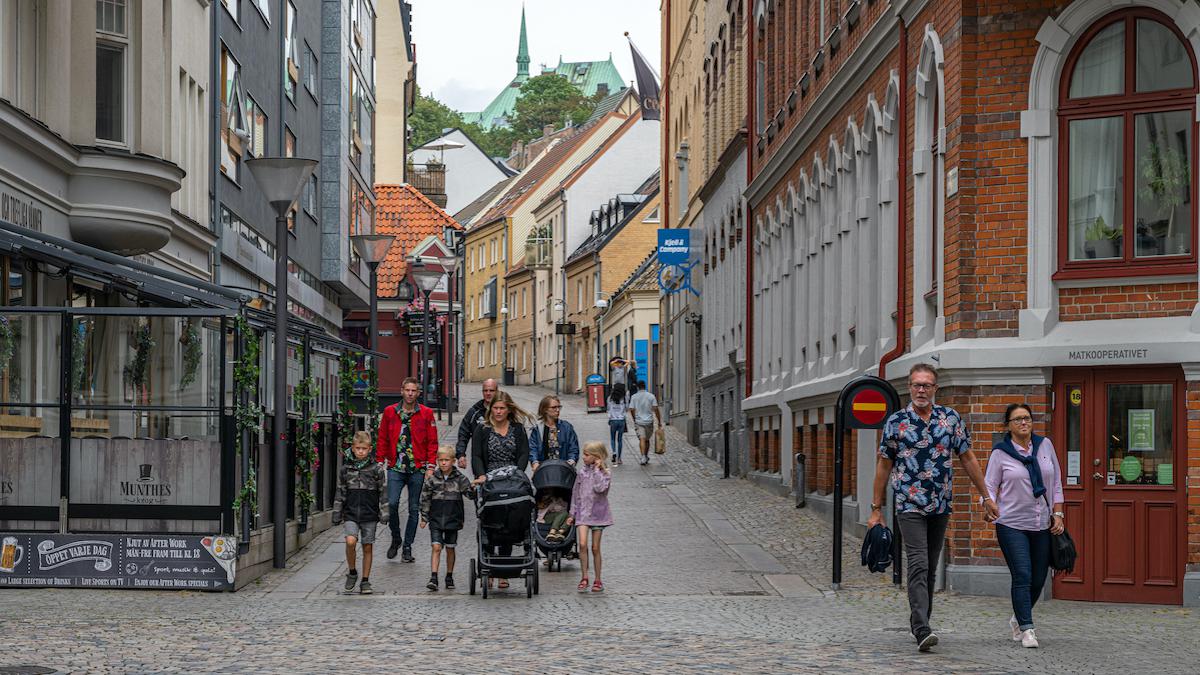 If you took the cars away, what could you fit in a parking space?

That’s what cities in Sweden are trying to answer through a new project called Street Moves that works with local communities to transform urban parking spaces into “one-minute cities” for sitting, storing bikes, growing plants or whatever else the neighborhood feels it needs. The end goal? To make every street in Sweden “healthy, sustainable and vibrant by 2030,” according to Street Moves material reported by Bloomberg CityLab.

“What we really aspire is to slow down the pace on streets for them to work more as the public spaces they are,” Daniel Byström, project manager at ArkDes Think Tank, told Fast Company. “We believe that streets can be more optimized considering the needs of humans and nature. Today, streets are mainly designed for cars, leaving little or no space for other activities. It’s not sustainable.”

The project is a collaboration between ArkDes and Vinnova, a Swedish government innovation agency, The Guardian explained. Vinnova funded ArkDes, which is the country’s architecture and design museum. ArkDes worked with designers to create wooden furniture that can be fitted into parking spaces to transform them, depending on the needs of the community, Fast Company explained.

The design “draws inspiration from things like Lego or IKEA — or Minecraft — where you have a consistent system that can be adapted or hacked, remodeled, added to,” Vinnova director of strategic design Dan Hill told CityLab.

The idea is that the furniture can be shaped by communities into “one-minute cities,” an expansion of the concept of the 15-minute city that allows residents to meet all their basic needs within a 15-minute radius of their homes.

“It’s a lovely idea in terms of having all of your everyday needs within that timeframe, but actually, the ‘one-minute city’, the space outside your front door, outside your apartment block or house or whatever, that’s where you can have a very intimate and engaged relationship. That’s your neighbourhood, really,” Hill told The Guardian.

The project was piloted in the summer of 2020 in four blocks in Stockholm. Each block was close to an elementary school, so children played a role in designing the spaces to include elements like swings and dance platforms, Fast Company explained.

The response has been overwhelmingly positive. About 70 percent of the 322 people surveyed about the redesigns were in favor of them, and ArkDes says use of the streets around the spaces has increased 400 percent, according to The Guardian.

The project has now moved on to Gothenburg, where a couple of parking spaces outside a sausage shop were transformed in early February into a seating area with a bench, picnic tables and racks for bicycles and e-scooters.

“When the sun was out on Friday and Saturday, it was absolutely full of people, just having a takeaway coffee and a sausage,” shop owner Malin Henriksson Talcoth told The Guardian.

Talcoth said she was originally nervous that the loss of the parking spaces would mean fewer customers, but also noted that driving in Gothenburg had gotten so hard that fewer people were doing it.

Of course, moving away from cars is partly the point. Sweden has said it wants its cities to be carbon neutral by 2045, according to CityLab.

“As most greenhouse gas emissions occur in cities, by far, we need to demonstrate how — in a show-don’t-tell kind of way — we can switch out old systems and cultures for new ones, retrofitting our existing environments,” Hill told Fast Company.

The next one-minute city will be installed in Helsingborg, according to The Guardian. It will be outside a secondary school and include planters, seats and LED lighting. Other Swedish cities have also shown interest in the project.