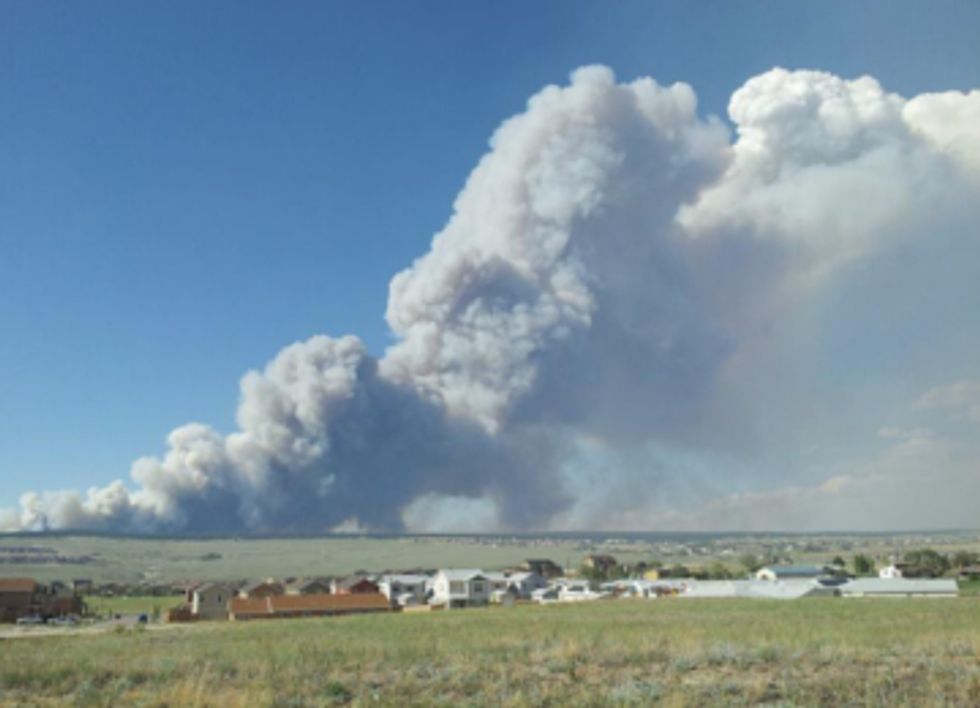 It’s officially wildfire season in Colorado; last Tuesday, a fire ignited the Black Forest area of Colorado Springs. It burned 22 square miles, destroyed 422 homes and is still raging a week later. In just half the time, it has surpassed last year’s Waldo Canyon wildfire as the worst in Colorado history. While wildfires in Colorado and throughout the west are nothing new, the magnitude of this year’s Black Forest fire serves as a haunting reminder of the worsening crisis climate change poses. Throughout all this, we can’t help but draw attention to the oil and gas industry’s use of fracking and its impact on climate change, drought and natural disaster. Residents are watching their backyards burn while the oil and gas industry is using up Colorado’s most precious resource—water.

The fire affects not just Colorado residents, who face water restrictions that accompany drought; emergency relief teams also feel the squeeze. Colorado Springs fire chief Mike Myers spoke last week of the difficulties fighting the flames: “Once the fire’s up in the trees and you’ve got a 200 foot wall of flames coming at you, there’s not much you can do with a thousand gallons of water.”

In the same state that has limited water to fight off these fires, fracking uses millions of gallons of water to frack a single well. Furthermore, the oil and gas industry neglects water restrictions and often out-competes farmers and municipalities for the resource.

We must stand up for the people of Colorado. We can no longer allow fracking, which abuses water regulations in drought ridden areas, leaks harmful pollutants back into the water supply and contributes to the depletion of the ozone layer, to exacerbate Colorado’s drought.