Here's How We Get to 100% Renewable Energy 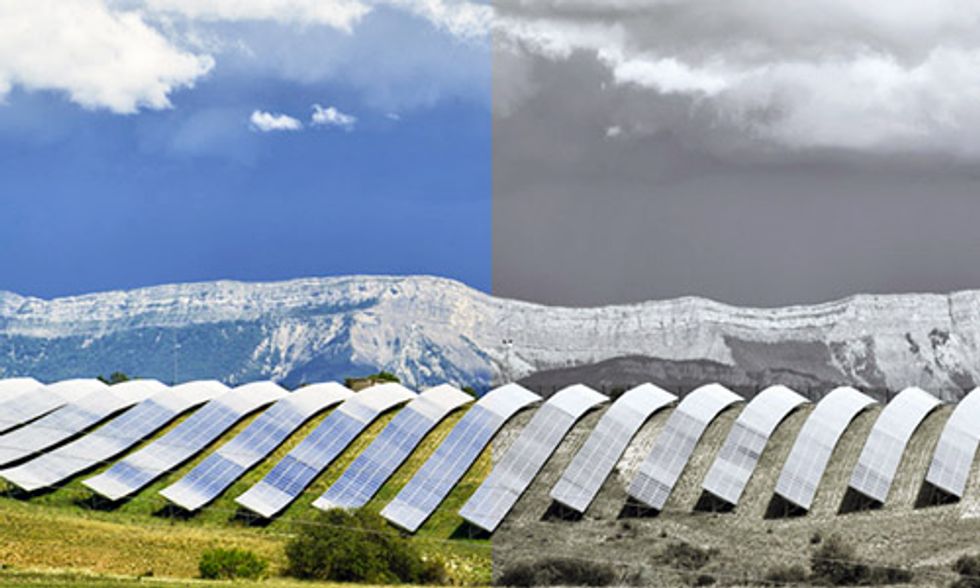 I spent the last year working with co-author David Fridley and Post Carbon Institute staff on a just-published book, Our Renewable Future. The process was a pleasure: everyone involved (including the twenty or so experts we interviewed or consulted) was delightful to work with and I personally learned an enormous amount along the way. But we also encountered a prickly challenge in striking a tone that would inform but not alienate the book's potential

As just about everyone knows, there are gaping chasms separating the worldviews of fossil fuel promoters, nuclear power advocates and renewable energy supporters. But crucially, even among those who disdain fossils and nukes, there is a seemingly unbridgeable gulf between those who say that solar and wind power have unstoppable momentum and will eventually bring with them lower energy prices and millions of jobs and those who say these intermittent energy sources are inherently incapable of sustaining modern industrial societies and can make headway only with massive government subsidies.

We didn't set out to support or undermine either of the latter two messages. Instead, we wanted to see for ourselves what renewable energy sources are capable of doing and how the transition toward them is going. We did start with two assumptions of our own (based on prior research and analysis), about which we are perfectly frank: one way or another fossil fuels are on their way out and nuclear power is not a realistic substitute. That leaves renewable solar and wind, for better or worse, as society's primary future energy sources.

In our work on this project, we used only the best publicly available data and we explored as much of the relevant peer-reviewed literature as we could identify. But that required sorting and evaluation: Which data are important? And which studies are more credible and useful? Some researchers claim that solar PV electricity has an energy return on the energy invested in producing it (EROEI) of about 20:1, roughly on par with electricity from some fossil sources, while others peg that return figure at less than 3:1. This wide divergence in results of course has enormous implications for the ultimate economic viability of solar technology. Some studies say a full transition to renewable energy will be cheap and easy, while others say it will be extremely difficult or practically impossible. We tried to get at the assumptions that give rise to these competing claims, assertions and findings, and that lead either to renewables euphoria or gloom. We wanted to judge for ourselves whether those assumptions are realistic.

That's not the same as simply seeking a middle ground between optimism and pessimism. Renewable energy is a complicated subject and a fact-based, robust assessment of it should be honest and informative; its aim should be to start new and deeper conversations, not merely to shout down either criticism or boosterism.

Unfortunately, the debate is already quite polarized and politicized. As a result, realism and nuance may not have much of a constituency.

This is especially the case because our ultimate conclusion was that, while renewable energy can indeed power industrial societies, there is probably no credible future scenario in which humanity will maintain current levels of energy use (on either a per capita or total basis). Therefore current levels of resource extraction, industrial production and consumption are unlikely to be sustained—much less can they perpetually grow. Further, getting to an optimal all-renewable energy future will require hard work, investment, adaptation and innovation on a nearly unprecedented scale. We will be changing more than our energy sources; we'll be transforming both the ways we use energy and the amounts we use. Our ultimate success will depend on our ability to dramatically reduce energy demand in industrialized nations, shorten supply chains, electrify as much usage as possible and adapt to economic stasis at a lower overall level of energy and materials throughput. Absent widespread informed popular support, the political roadblocks to such a project will be overwhelming.

That's not what most people want to hear. And therefore, frankly, we need some help getting this analysis out to the sorts of people who might benefit from it. Post Carbon Institute's communications and media outreach capabilities are limited. Meanwhile the need for the energy transition is urgent and the longer it is delayed, the less desirable the outcome will be. It is no exaggeration to say that the transition from climate-damaging and depleting fossil fuels to renewable energy sources is the central cause of our times. And it will demand action from each and every one of us.

You can help by visiting the Our Renewable Future website, familiarizing yourself with the issue, sharing your thoughts and spreading the word with friends, family, colleagues and allies.