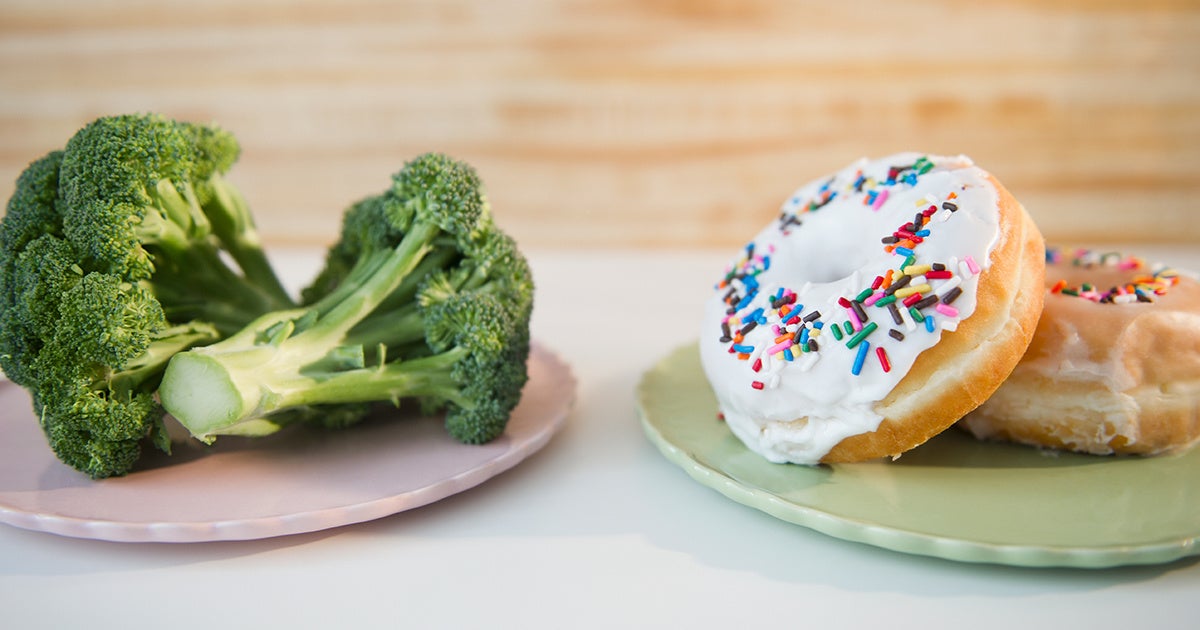 Losing weight, improving heart health and decreasing your chances for metabolic diseases like diabetes may be as simple as cutting back on a handful of Oreos or saying no to a side of fries, according to a new study published in the journal The Lancet Diabetes & Endocrinology.

The researchers behind the study found that just a moderate reduction in calories, just 300, led to a host of health benefits.

During the course of two years, study participants who restricted their calories lowered their blood pressure and their LDL cholesterol. They also had a 24 percent drop in their triglycerides, as CNN reported, and less inflammation. In fact, they saw improvements on all six primary factors associated with heart health, along with improved insulin resistance and metabolic rates.

“We expected there to be [some] improvement on cardiometabolic factors because of weight loss,” said William Kraus, the study’s lead author and a distinguished professor of cardiovascular genomics at Duke University, as NPR reported. “But … we didn’t expect the degree of improvement we saw.”

While the weight loss was desirable, it was not the cause of the hear benefits. Further analysis showed that the weight loss was responsible for only one quarter of the improved measurement in heart health, which suggests that dropping a few calories from your diet has benefits beyond those normally associated with weight loss, according to NPR.

“Exercise and diet are the two most profound and easily implemented interventions we have in our environment that can reduce our cardiovascular risks,” said Dr. Kraus, as CNN reported. “There aren’t five drugs on the market when combined that could approach what we saw in this study from moderate calorie restriction.”

The study participants, aged 21-50, were either assigned to cut 25 percent of their calories from their regular diet for two years, or they were told to not to change anything at all for the same timeframe.

The half on the restrictive diet received training on how to portion control, like eating a smaller cut of meat. Both groups then met with researchers once every six months to track their blood pressure, cholesterol, insulin resistance and metabolic syndrome risk, as MarketWatch reported.

Cutting calories for the duration of the study proved to be a challenge for the study participants. Few were able to maintain the 25 percent reduction. Over the course of two years, the calorie restricted group averaged a 12 percent fewer calories, or 300 calories.

Hitting 300 calories is doable by simply subbing out soda and replacing it with seltzer water, using olive on your salad instead of creamy dressing, and having a slice of toast instead of a muffin, according to MarketWatch.

Yet, as any dieter knows, keeping up a deprivation habit is a challenge. The long-term effects on longevity and chronic diseases remain unknown since the participants would have to keep up the habit for a long time, which can be an enormous challenge.

“We are living in an obesogenic environment with an abundance of energy-dense, nutrient-poor foods that are cheap, accessible and heavily marketed,” said Frank Hu, the chairman of the nutrition department at the Harvard T.H. Chan School of Public Health, who was not involved in the research, as the New York Times reported.

However, he did say that calorie restriction might be doable if it is combined with other popular dietary strategies like the Mediterranean diet, intermittent fasting or reduced carbohydrate intake.