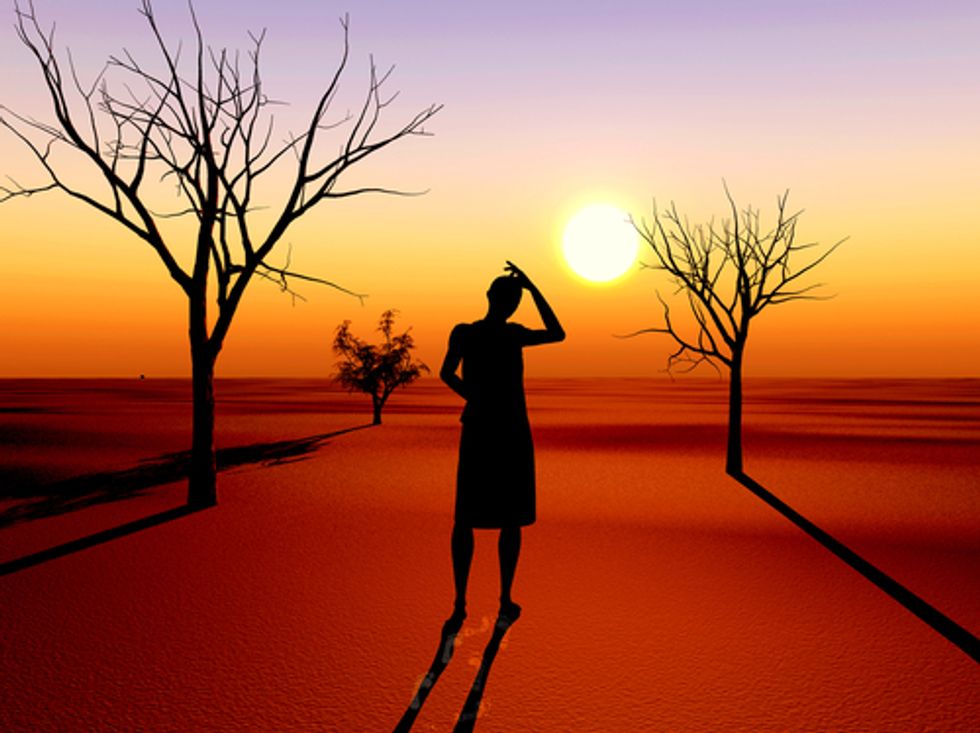 [Editor's note: As we begin to enjoy warmer weather, we need to connect the dots between climate change and its impacts on human health, including skin cancer. The World Health Organization, provides detailed information on risks to humans from stratospheric ozone depletion and ultraviolet radiation.]

For decades, scientists have known that the effects of global climate change could have a devastating impact across the globe, but Harvard researchers say there is now evidence that it may also have a dramatic impact on public health.

In the July 27 issue of Science, a team of researchers led by James G. Anderson, the Philip S. Weld Professor of Atmospheric Chemistry, warns that a recently discovered connection between climate change and depletion of the ozone layer over the U.S. could allow more damaging ultraviolet (UV) radiation to reach the Earth’s surface, leading to increased incidence of skin cancer.

In the system described by Anderson and his team, water vapor injected into the stratosphere by powerful thunderstorms converts stable forms of chlorine and bromine into free radicals capable of transforming ozone molecules into oxygen. Recent studies have suggested that the number and intensity of such storms are linked to climate change.

“If you were to ask me where this fits into the spectrum of things I worry about, right now it’s at the top of the list,” Anderson said. “What this research does is connect, for the first time, climate change with ozone depletion, and ozone loss is directly tied to increases in skin cancer incidence, because more ultraviolet radiation is penetrating the atmosphere.”

How this process will evolve over time is a mystery, he said.

“We don’t know what the development of this has been—we don’t have measurements of this deep convective injection of water into the stratosphere that go back in time,” Anderson said.

The link between ozone loss and increased incidence of skin cancer has been extensively studied, Anderson said.

“There has been a major effort by the medical community to define the relationship between decreases in ozone and the subsequent increases in skin cancer,” he said. “The answer is quite clear: If you multiply the fractional decrease in ozone protection by about three, you get the increase in skin cancer incidence. There are 1 million new skin cancer cases in the U.S. annually—it’s the most common form of cancer, and it’s one that’s increasing in spite of all the medical research devoted to it.”

But it isn’t only humans who have to worry about the effects of increased UV radiation.

Although they had worked since the mid-1980s to investigate ozone depletion in the Arctic and Antarctic, by the early 2000s, Anderson’s team had turned its attention to climate studies, in particular the question of how convective clouds—updrafts that cause storms to build high into the sky—contribute to the creation of cirrus clouds.

“It was in the process of looking at that mechanism that we came to this unexpected observation: that the convective clouds in these storm systems over the U.S. are reaching far deeper into the stratosphere than we ever expected,” Anderson said.

Earlier tests performed in the Arctic had demonstrated that water vapor was a key component in creating the free-radical compounds that break down ozone, but the latest finding is much more troubling, Anderson said, because it suggests the process can happen at much higher temperatures than initially suspected.

“The bottom line is that if you increase the water vapor concentration, you actually increase the threshold temperature for executing this chemical conversion—from the stable forms of chlorine to the free-radical form,” Anderson said. “If the amount of water vapor and the temperature over the U.S. satisfies the conditions for rapid conversion of inorganic chlorine to this free-radical form, we’ve got a real problem, because the chemistry is identical to what we previously demonstrated is taking place over the Arctic.”

Also surprising, he added, was the realization that, to throw water vapor high into the atmosphere, storms needn’t be unusually large.

“In my mind, this is not just a broad public health issue,” Anderson said. “This is about actually being able to step out into the sunlight—it’s about your children and your children’s health. Of course, we don’t know how rapidly the frequency and intensity of these storms will increase, so we can’t place a time scale on this problem, but the core issue here is quite straightforward and simple, because we understand this chemistry.”