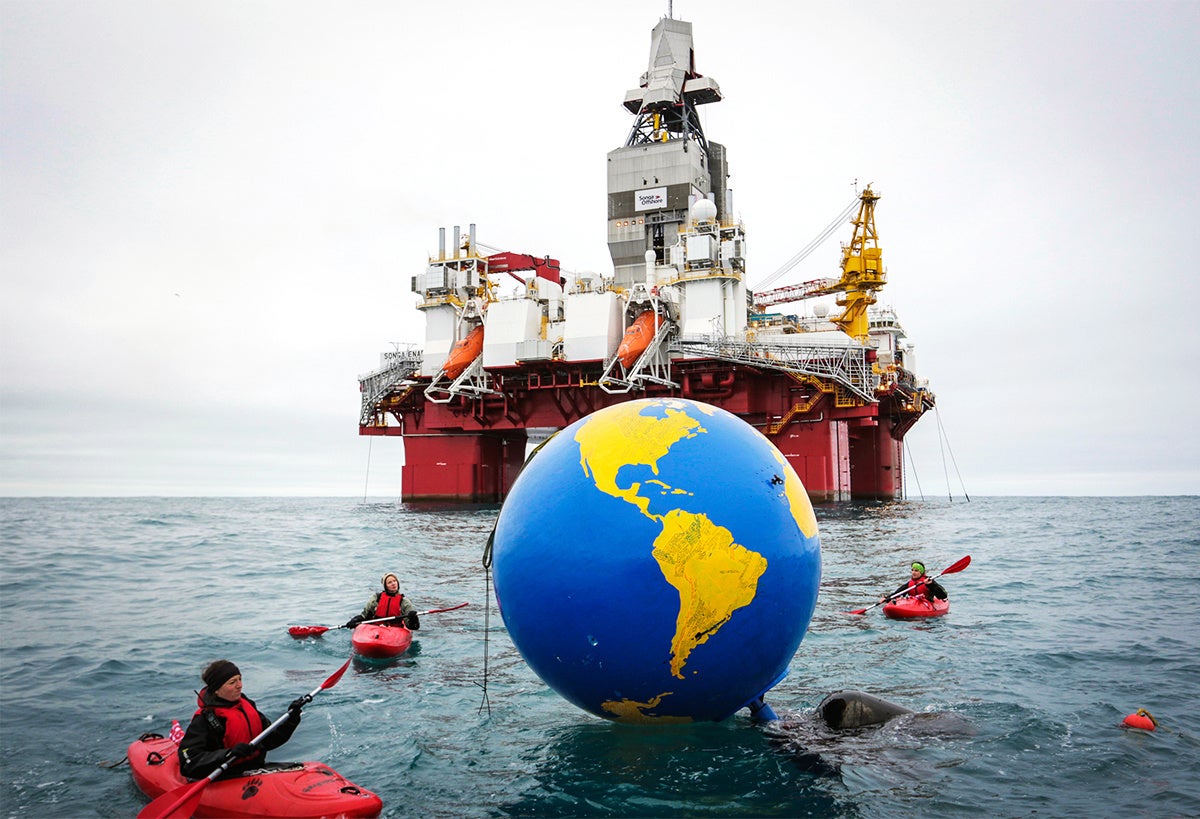 The activists plan to sustain the peaceful protest to stall Statoil’s oil drilling as long as possible to send a message that the Norwegian government is failing its commitments to Norway’s constitution and the Paris agreement. They are also displaying a constructed giant globe in front of the rig with written statements to the government.

Thirty-five activists from 25 countries are escalating a peaceful protest after tailing the rig for one month in the Barents Sea.

The Norwegian government has recently opened up a new oil frontier in the Arctic. The state-owned oil company has just started to drill for oil at the Korpfjell well, a controversial site 415 kilometers from land. It is close to the ice edge and an important feeding areas for seabirds. This is the first opening of new areas for oil drillings in 20 years and it is the northernmost area licensed by Norway. 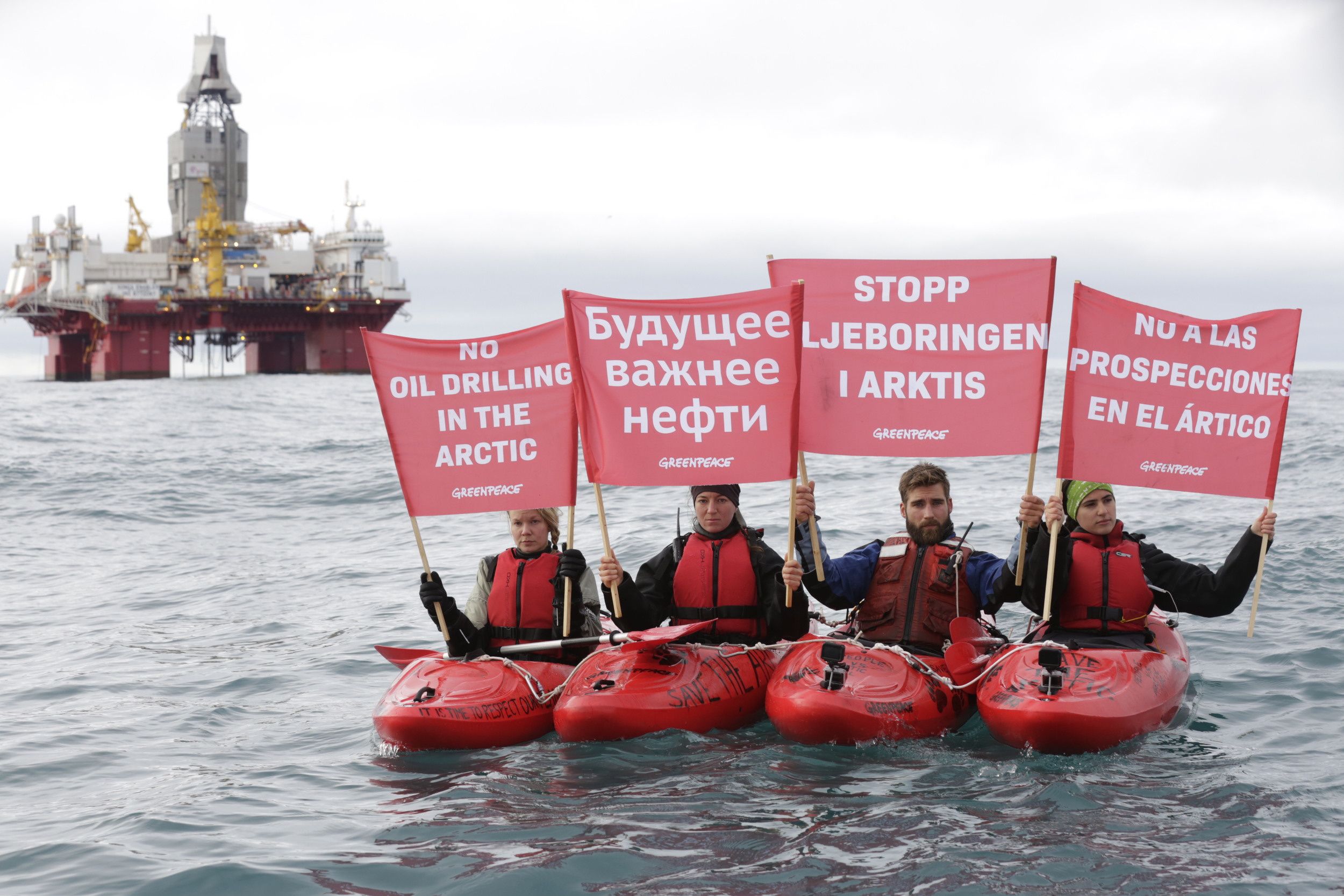 The Norwegian government granted new oil licenses, as part of the 23rd license round, in the Arctic last summer, just 10 days after they ratified the Paris agreement.

“As an American and global citizen, Trump’s decision to retreat from the Paris climate agreement and boost fossil fuels at the expense of people around the world was devastating. Likewise, we see the Norwegian government opening new oil areas in the Arctic at full throttle, in spite of knowing the dangers it will have for future generations,” Britt Baker, Greenpeace USA activist, said.

“The major difference between the situation in the U.S and Norway is that Trump left the Paris agreement with tunnel-vision motives to extend handouts to the flailing fossil fuel industry. Norway may as well have left the Paris agreement given the Norwegian’s government desire to accelerate fossil fuel production. This government is showing the same disrespect to global climate commitments as Trump,” Baker added. 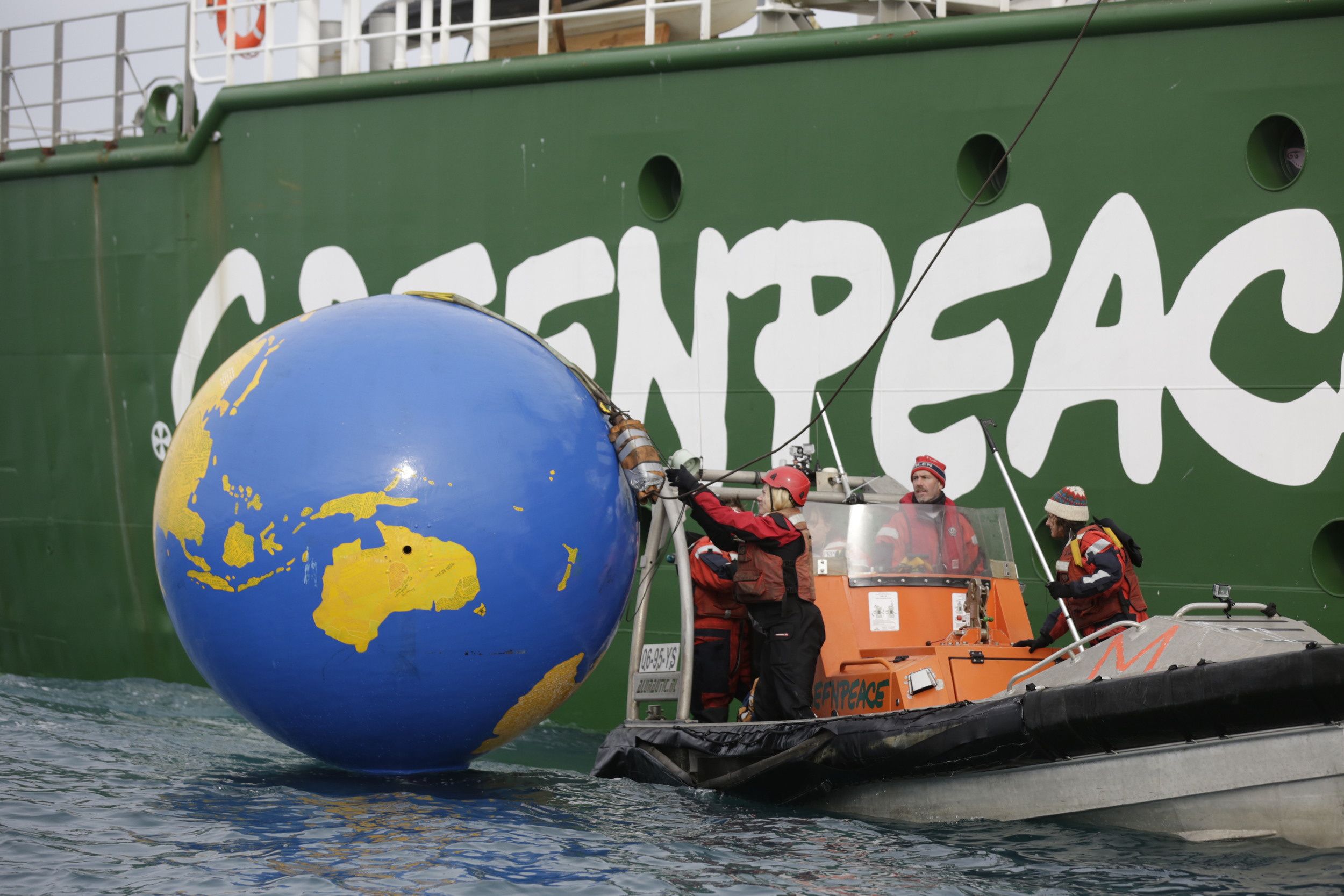 The Greenpeace ship Arctic Sunrise is in the Norwegian Arctic to document, expose and challenge the Norwegian government and Statoil’s aggressive search for new oil in the Barents Sea. Nick Cobbing / Greenpeace

Greenpeace and its co-plaintiff Nature and Youth are taking the government to court in November, arguing that the new oil licenses are in breach of the Norwegian Constitution’s right to a healthy environment (Article 112). Despite the ongoing legal case, Statoil is drilling several new oil wells in the Arctic this summer. 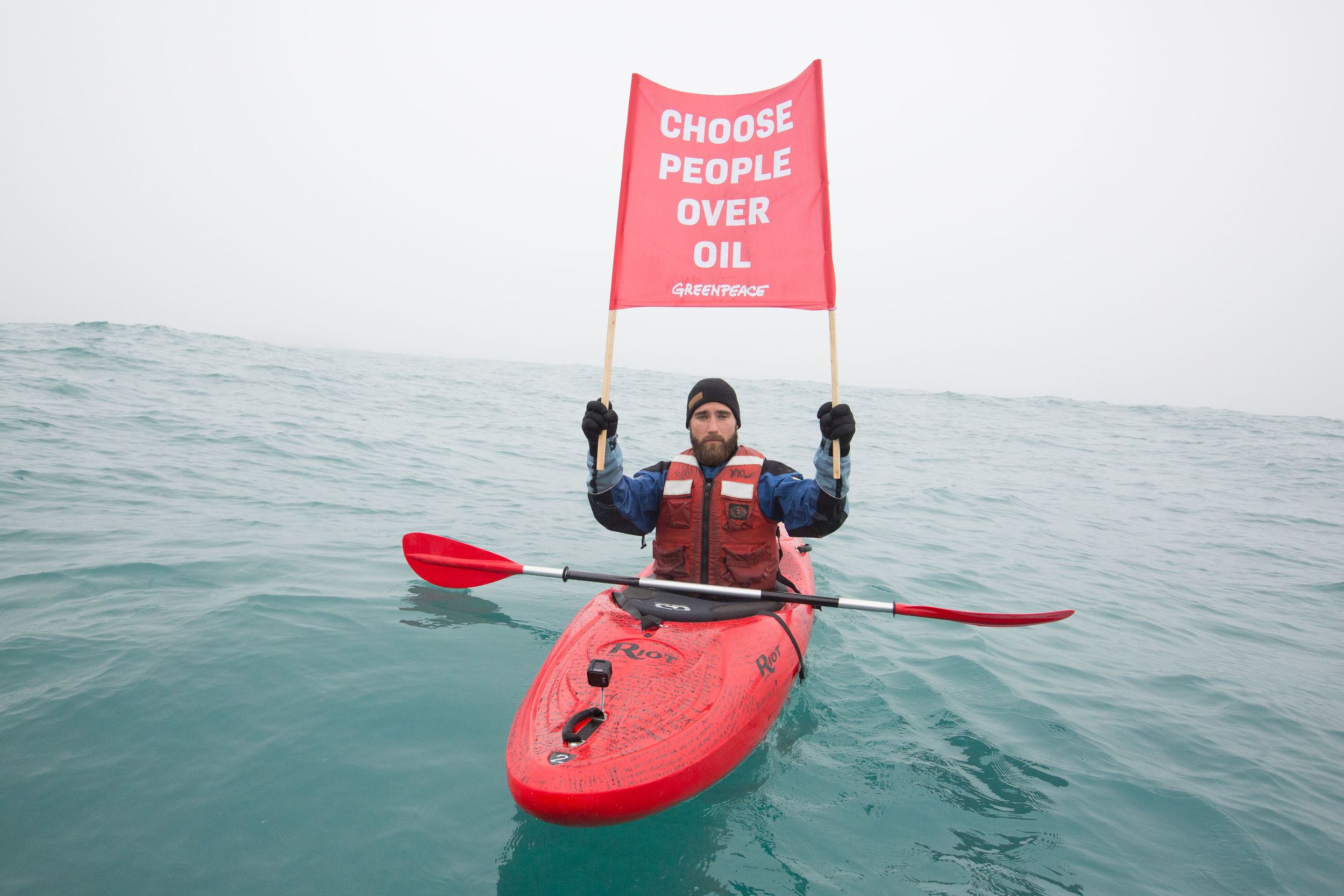 “Norway is not as green as their image. With one hand, the government have signed the Paris agreement and profiled themselves as an environmental champion, whilst handing out hundreds of new oil blocks in the Arctic with the other,” Erlend Tellnes, Greenpeace Norway Arctic campaigner from on board the Arctic Sunrise, said.

“They ignore and disrespect environmental, scientific recommendations and have offered the oil industry licenses in some of the most pristine areas of the Arctic. Now they have to answer for their actions in court.”

More than 150,000 people have joined the call in the past month to the Norwegian government to respect the Norwegian Constitution and the Paris agreement, bringing the total number to 355,000.