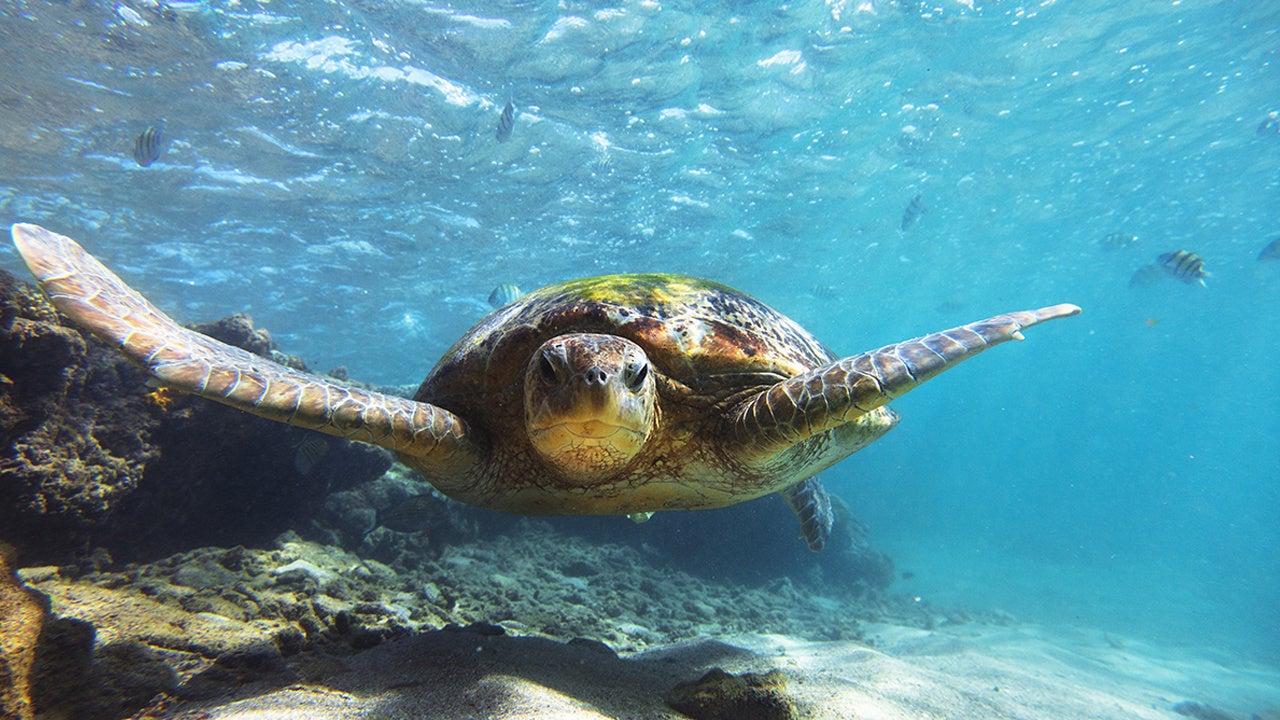 Endangered green turtles are having a problem. They’re mistaking plastic pollution for the seaweed they survive on, according to new research from the University of Exeter in the UK and the Society for the Protection of Turtles in Cyprus, as Newsweek reported.

Green sea turtles use their eyesight to find food, so long, thin bits of green, black or clear plastic that resemble sea grass deceived many turtles. And, the younger they were, the more likely they were to mistake plastic for their dietary staple, study reported. The paper was published in the journal Scientific Reports.

Black trash bags, fragments of fishing ropes and takeaway bags all have the potential to confuse turtles, the BBC reported.

“Previous research has suggested leatherback turtles eat plastic that resembles their jellyfish prey, and we wanted to know whether a similar thing might be happening with green turtles,” said Dr. Emily Duncan, of the University of Exeter who was the paper’s lead author, in a statement. “Sea turtles are primarily visual predators — able to choose foods by size and shape — and in this study we found strong evidence that green turtles favor plastic of certain sizes, shapes and colors.”

The researchers studied of 34 turtles that had washed up on the beaches of the eastern Mediterranean island of Cyprus. They were able to look at the insides of 19 turtles. All of them had swallowed plastic.

One had swallowed 183 pieces of plastic, the BBC reported.

The plastic crisis is particularly troubling for younger turtles, which ate more plastic than the older ones, possibly because they were “less experienced” and so “more likely to eat the wrong food,” the study said.

“Research like this helps us understand what sea turtles are eating, and whether certain kinds of plastic are being ingested more than others,” said Prof. Brendan Godley, who leads the Exeter Marine research strategy, in a University of Exeter press release.

“It’s important to know what kinds of plastic might be a particular problem, as well as highlighting issues that can help motivate people to continue to work on reducing overall plastic consumption and pollution,” she said.

The plastic crisis is a worldwide scourge for marine life, which routinely mistake plastic for food and feel full, but do not get any nutrition. This past spring, a whale washed up on the shores of the Philippines with nothing in its belly but 88 pounds of plastic in its stomach. Then a few weeks later, 48 pounds of plastic were found in the belly of a pregnant whale that washed ashore in Sardinia in Italy.

Besides swallowing plastic, marine life can get caught in plastic debris. Last month, a study published in Endangered Species Research tallied hundreds of sharks and rays that had been entangled in discarded plastic, as EcoWatch reported.