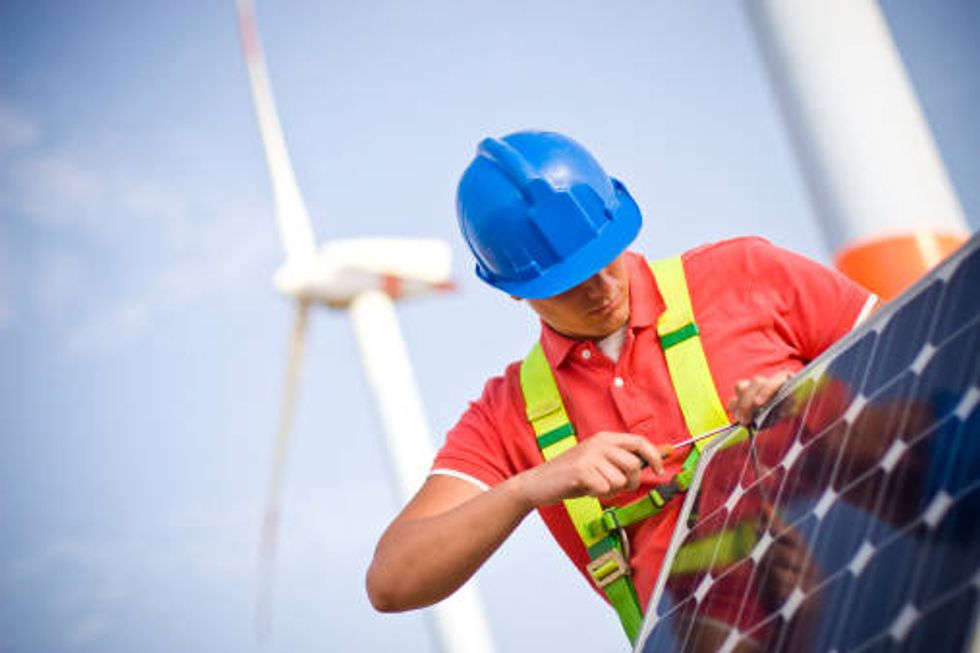 Green For All released a report Sept. 28—Green Strategies to Re-Entry—detailing how the formerly incarcerated can find work in the green economy.

One-in-four adult Americans has a criminal record of some kind. Millions were once incarcerated. Four-in-ten recently released inmates return to prison within three years. The re-entry population is facing the same bad economy as the rest of the nation—but with significant disadvantages.

At a press event in Indianapolis in partnership with Congressman André Carson and RecycleForce—one of the programs discussed in the report—Green For All outlined the opportunities present in the green economy. The report, available here, outlines job potential in high-demand green sectors, best practices of re-entry programs and public policies that can promote fair opportunities for people with criminal histories in the emerging green economy. Case studies are included throughout to promote deeper understanding of the issues.

"RecycleForce is putting people to work while helping build a green economy that will lead to even more jobs," said Congressman Carson. "That’s building a future for everyone, regardless of their pasts."

"The green economy—2.7 million workers strong, according to the Brookings Institution—is home to some of the fastest growing sectors of the American economy," said Green For All CEO Phaedra Ellis-Lamkins. "We have the chance to give our economy a fresh start, and the opportunity to provide the same thing to the formerly incarcerated."

Some findings from the report include:

"With the growth and success of RecycleForce, we've always believed that the green economy offered tremendous employment potential for ex-offenders," said Gregg Keesling, president of RecycleForce. "The report puts that potential in a national context, providing evidence that the clean energy sector is unique for the opportunity it creates to teach new skills and provide a career path in a growth industry for people re-entering society from prison."

Green For All is a national organization dedicated to improving the lives of all Americans through a clean energy economy. The organization works in collaboration with the business, government, labor and grassroots communities to create and implement programs that increase quality jobs and opportunities in green industry, all while holding the most vulnerable people at the center of its agenda. For more information, please visit www.greenforall.org.