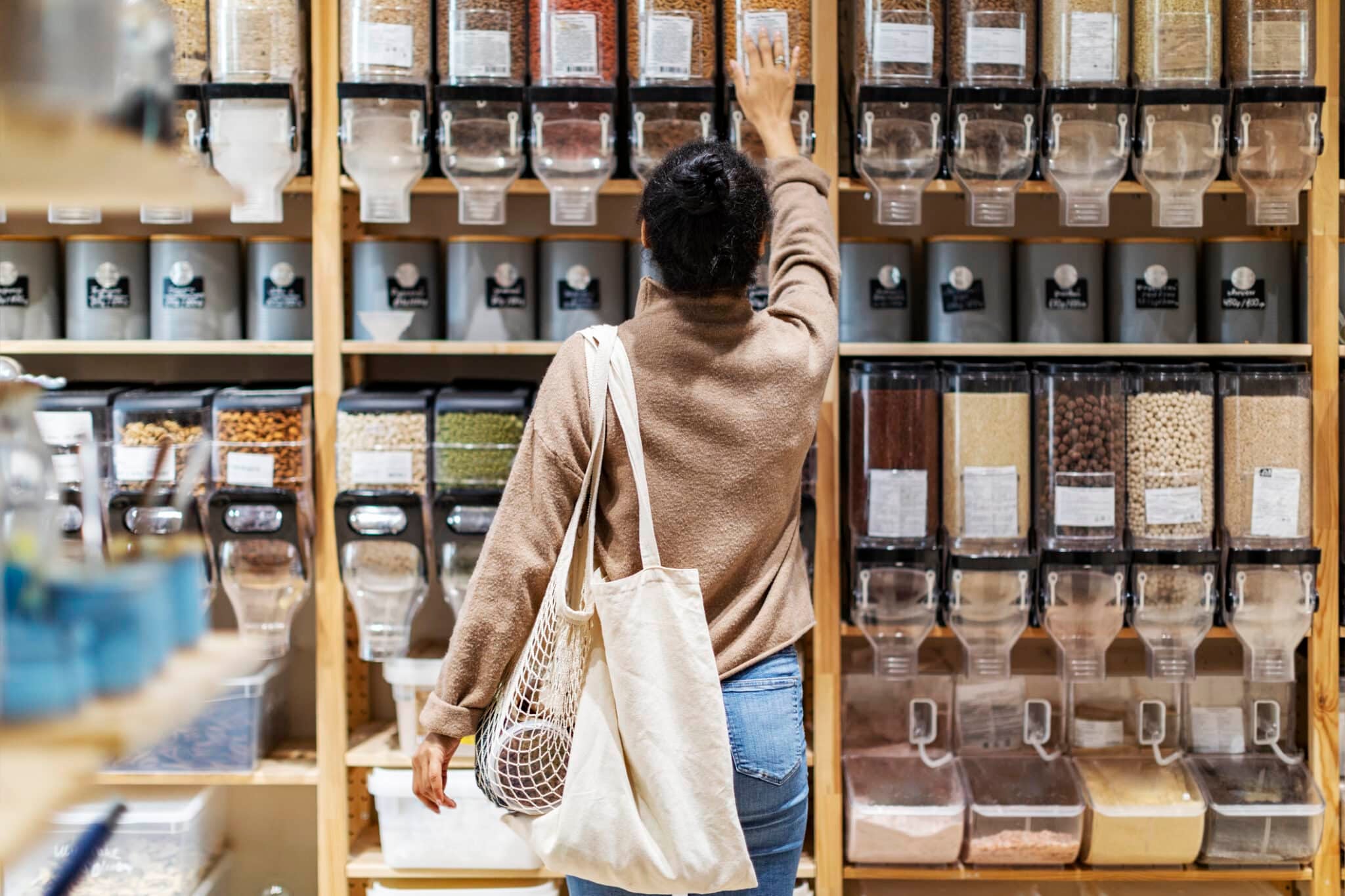 Every few years, a new food group arises that is “bad for you.” In response, fad diets emerge and scientific data is misconstrued or limited. Grains, including whole grains, have become the new hot button in the media—linked with weight gain, digestive issues, brain fog and more.

These are a few of the serious symptoms for those who cannot tolerate gluten, a protein found in some types of grain, such as barley, rye and wheat. For those with celiac disease, an autoimmune disease, eating gluten can lead to more than 200 different symptoms from iron-deficiency anemia to severe stomach pain. Those with gluten sensitivity may experience delayed symptoms several days later, and the sensitivity can vary from bloating to severe fatigue.

Gluten aside, grains and grain-based products like pasta and bread are primary sources of carbohydrates, and the American diet is notorious for including too many refined carbohydrates. However, even whole grains that have been traditionally seen as beneficial by nutritionists have come under fire. Diets like keto, paleo and Whole30 focus on avoiding grains, but are grains all that bad? Here’s all you need to know about eating a grain-free diet and whether or not it’s healthy for you.

What Is a Grain-Free Diet?

Grain-free diets exclude all grains, including whole grains. You cannot eat bulgur, farro, millet, rice, spelt, quinoa or wheat. That also includes products made from grains, such as breads, cereals, crackers, pasta and some plant-based milks. Some grain-free diets also advise eliminating corn and corn products. If you decide to go grain-free, your diet is far more restrictive than going gluten-free.

What can you eat while on a grain-free diet? Foods still on the table include vegetables, beans, legumes, seeds, nuts, dairy, meat, poultry, fish, soy and fruit.

What Are the Benefits of Eating a Grain-Free Diet?

An immediate benefit of eliminating grains is the inclusion of healthier foods and grain-free alternatives. Instead of eating grain-based pasta, you may eat spiralized zucchini with avocado oil dressing instead. By decreasing your intake of processed foods, you increase the variety of nutritious foods you consume. A healthier diet looks like a good balance of whole fruits, vegetables, beans, seeds and nuts, in addition to meat or fish selections if you prefer.

A gluten-free diet could help those with gluten sensitivity or celiac disease lose weight, reduce inflammation, boost digestion and improve insulin resistance and blood sugar levels. But what are the effects of a grain-free diet on those who have little to no sensitivity to gluten?

A 2018 article published in Gastroenterology & Hepatology explored the positives and negatives of gluten avoidance, including the perception that gluten is potentially harmful:

A gluten-free or grain-free diet could reduce inflammation, aid weight loss, and improve digestion and blood sugar levels, which are common symptoms of those with a gluten sensitivity or allergy.

Those who would most benefit from a grain-free diet include those who suffer from digestive disorders, according to the 2018 Gastroenterology & Hepatology study. Grains are challenging to process for some digestive symptoms, and grains containing FODMAPS (fermentable, oligosaccharides, disaccharides, monosaccharides, and polyols) can cause bloating and gas. Grains could be tolerated in small portions.

Those who suffer from autoimmune conditions like fibromyalgia, lupus, rheumatoid arthritis or Grave’s Disease may find relief from symptoms caused by inflammation in the body by trying a grain-free diet.

A 2020 review on emerging evidence surrounding whole grains and inflammation suggests that several mechanisms influence modulatory actions of whole grains on inflammation, such as fiber and phytochemicals. However, the most important focus is on the gut microbiota that transforms bioactive substances into useful metabolites to moderate inflammatory signaling pathways. The review was published in Nutrition Reviews.

What does that mean? Different compounds inside whole grains could influence how food passes through your digestive system and how inflammation is triggered in the body.

Whole grains are linked with a reduced risk of weight gain and obesity; decreased risk of stroke, hypertension and cardiovascular disease; lowered risk of cancers of the upper gut; and a reduced mortality rate. These findings were revealed in the 2010 Review of Food Science and Technology, which also advised that the 2005 United States Dietary Guidelines Advisory Committee recommended making half of grain intake whole grains. The most recently released dietary guidelines for Americans in Dec. 2020 maintain that recommendation, which equals about three to five servings of whole grains daily.

Can You Lose Weight on a Grain-Free Diet?

A grain-free diet may encourage weight loss due to the exclusion of refined grains that are poor in nutrition but high in calories. A grain-free diet leaves out white bread, white pasta, cookies, doughnuts and much fast food.

If you’re used to processed foods, you may decide to substitute processed grain-free alternatives. While this could be considered a healthier alternative, especially if plant-based, you are still not including a variety of whole foods in your diet. Many fast food substitutes in the frozen aisle are plant-based but also make up for taste with high sodium levels. Some of these products still contain fillers and other concerning ingredients.

“Several studies have shown that ultra-processed foods in the diet, be it plant-based or not, are as an unhealthy plant-based diet is just as bad for health as the typical Western-diet high in animal-derived foods and saturated fat,” Dr. Shireen Kassam, consultant hematologist and honorary senior lecturer at King’s College Hospital, told Plant Based News.

Even if you eat a well-balanced diet that contains fruits and vegetables, you could gain the weight back if you return to eating grains the way you were previously. In fact, regularly eating whole grains can help you maintain a healthy weight, according to a 2021 article published in the Chinese Journal of Preventive Medicine.

What Are the Side Effects of Giving up Grains?

Whole grains are considered to be healthy for most adults and children and include B vitamins, minerals and dietary fiber. Grain-free diets can limit your intake of nutrients and increase your risk of constipation if you aren’t getting enough fiber in your diet. Those who are limiting or eliminating grains should increase their intake of fiber from other sources, such as eating edible fruit peels or vegetable skins. You could also miss out on important trace minerals, such as manganese and iron.

Those without celiac disease who avoid whole grains could increase their risk of heart disease, according to Harvard Health. That’s because whole grains contain essential nutrients the body needs and also influence inflammation in the gut.

“Eating paleo” has shown some promise in small randomized controlled trials for mitigating risk factors associated with blood glucose and heart disease, according to a 2019 systematic review published in Advances in Nutrition. However, the paleo diet has also faced criticism for its high saturated fat content and lack of nutrition in vitamin D and calcium. If you have a history of nutritional deficiencies, eliminating grains puts you at a greater risk.

Making grains the “villain” for unfounded health reasons could also encourage orthorexic eating behaviors. Every body is different and has different needs, but only a small subset of the population might benefit from the total elimination of grains. Eliminating grains altogether, especially whole grains, is unhealthy for those without relevant medical concerns.

Grain-free products still contain added sugar, sodium and other fillers, especially if they are designed to replace typical convenience foods or highly processed meals. Read ingredient nutrition labels thoroughly, and consult with a registered dietician before making any drastic changes to your diet.

Tiffany Chaney is an environmental and wellness writer dedicated to advocacy, ethics, and transparency. Chaney holds a BA in creative writing from Salem College and completed an apprenticeship in western herbalism and Traditional Chinese Medicine at the Tree of Life Wellness Center and Piedmont Herb School in Winston-Salem, NC. She is also a published creative writer and artist.