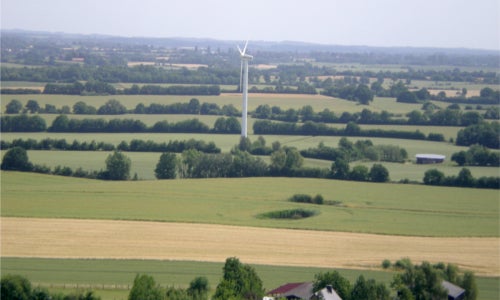 While some countries around the world try to figure out how to deploy more clean energy, one German state is planning on having enough renewables for exportation.

Known as Germany’s windiest area, Schleswig-Holstein believes it could provide 100 percent renewable energy at some point this year, Renewables International reported. Producing as much renewable energy as it consumes in total electricity would go a long way toward Schleswig-Holstein meeting the 300-percent renewable goal the state’s Minister-President Torsten Albig announced at an energy conference two years ago. 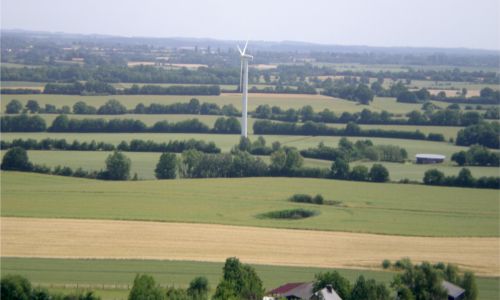 At some point this year, Schleswig-Holstein is expected to produce as much renewable energy as it consumes. Photo credit: Chez Eskay/Flickr Creative Commons

“At these quantities, [not even] nuclear power will be completely replaced by renewables,” Habeck told German website Klimaretter when asked about the nation’s 45-percent renewables target for 2030. “Not only Schleswig-Holstein [is against a 2.5-gigawatt wind energy development cap], I suspect that almost all countries have criticized in their opinions this cap to be wrong. Actually, I think nothing of the system [but] a lot of control, certainly not in the best renewable energy, we know.”

Meanwhile, experts say Germany as a whole is ready for solar energy to provide half of its electricity mix. The country set broke three solar records in just three weeks.

“German solar demonstrated just what it is capable of in the first two weeks of June,” Tobias Rothacher, an expert for renewable energies at Germany Trade & Invest, told The Local.