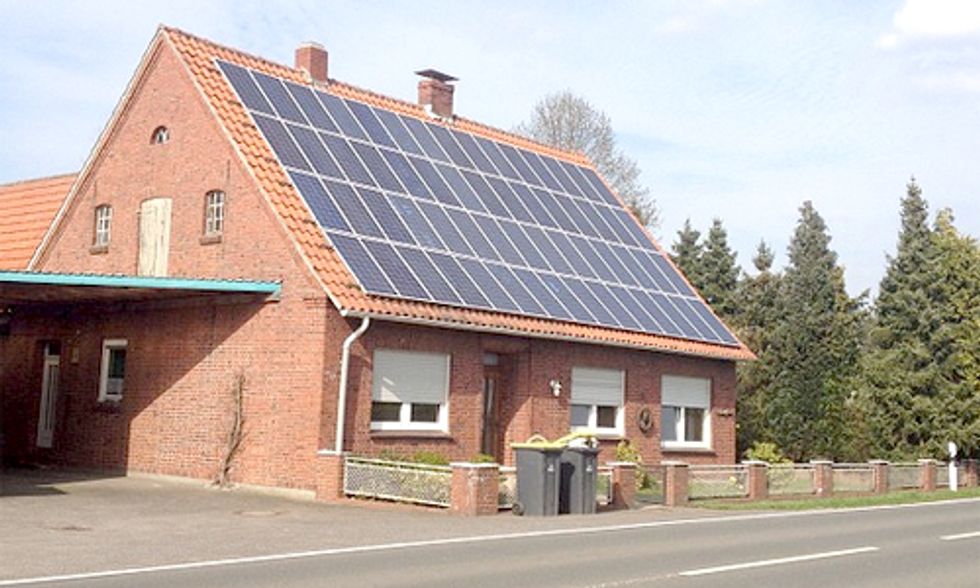 Germany remains one of the best examples around the world for countries, regions and communities with dreams of amping up their renewable energy generation.

The country on Sunday set a record by generating 74 percent of energy from renewable sources, according to Renewables International.

The news follows a record-setting first quarter for the country, with renewables meeting 27 percent of demand. Renewable generators produced 40.2 billion kilowatt-hours of electricity during this year's first three months, compared up to 35.7 billion kilowatt-hours in the same period last year, the Federal Association of Energy and Water Industries told Bloomberg.

“Once again, it was demonstrated that a modern electricity system such as the German one can already accept large penetration rates of variable but predictable renewable energy sources such as wind and solar PV power,” Bernard Chabot, a renewable energy consultant in France told Think Progress.

“In fact, there are no technical and economic obstacles to go first to 20 percent of annual electricity demand penetration rate from a combination of those two technologies, then 50 percent and beyond by combining them with other renewables and energy efficiency measures and some progressive storage solutions at a modest level.”

Germany is still Europe’s largest clean-energy market. It wants to boost renewables to 80 percent or more by 2050.

The country set a record for its wind energy generation on Dec. 6 when it peaked at a little more than 26,000 megawatts. Generation on Christmas Eve almost broke the record again.

Germany is also home to places like Feldheim, a tiny, 150-person village that created an independent energy grid relying on renewable energy.