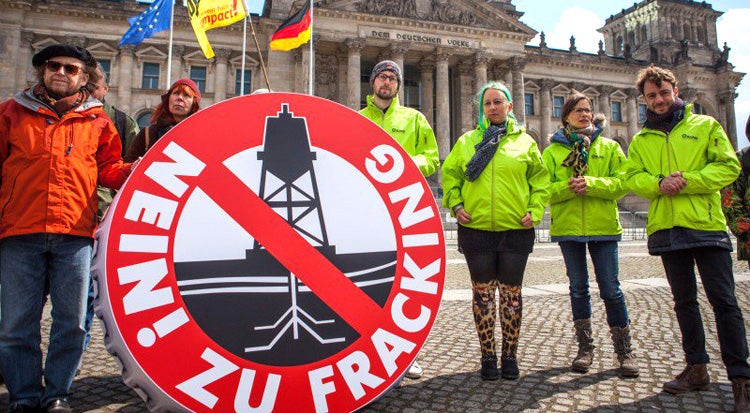 Germany, the fourth largest economy in the world, has essentially banned fracking. And if that’s not enough good news for a clean energy future, its capital city Berlin is also pulling its money out of coal, gas and oil companies. 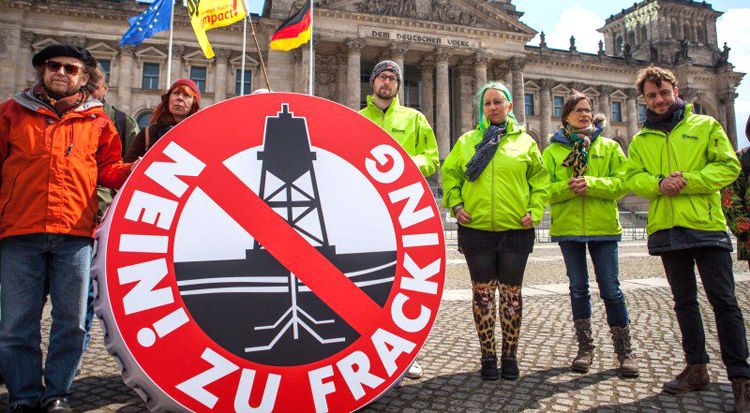 Bloomberg reported that Merkel’s government made the decision after siding with environmental groups concerned with the environmental costs of fracking, a process which releases oil and gas locked deep underground.

The decision comes after years of debate on the issue. Before deciding on a ban, German law had previously permitted unconventional fracking even though no drilling permits have ever been approved. The fossil fuel industry, including ExxonMobil and Wintershall (Germany’s largest crude oil and natural gas producer), had sought licenses for exploration and heavily lobbied for fracking to remain within the country even though Germans are widely against the controversial technology.

Germany’s fracking ban is a big step towards a decarbonized economy. However, some environmental groups have criticized the government for not going far enough, as the fracking moratorium does not outlaw conventional drilling for oil and gas. Individual states can also decide if it wants to frack or not. Here’s a copy of the draft amendment posted by Bloomberg:

“It is not a real ban on fracking what they decided,” Greenpeace campaigner Christoph von Lieven told oil and gas publication Upstream. “The Bundestag decided that fracking will be allowed. Not banned.”

Friends of the Earth Germany also told Reuters that the ban is not permanent since it will be reviewed in five years in 2021. “The coalition’s agreement on a fracking permission law is hair-raising,” said Hubert Weiger, head of the environmental group. “The law must be stopped and replaced with a true fracking ban.”

While the reservations are valid, Germany has taken great strides as a renewable energy powerhouse. The country’s Energiewende initiative aims for a nearly carbon-free economy by 2050. In fact, renewables supplied nearly 33 percent of German electricity in 2015, and last month—on a particularly sunny and windy day—Germany’s renewable energy mix of solar, wind, hydropower and biomass generated so much power that it met 88 percent of the country’s total electricity demand, or 55 GW out of 63 GW being consumed, meaning it generated so much clean power the country was paying people to use it.

This Country Generated So Much Renewable Energy It Paid People to Use It https://t.co/RV5DmoP9zu @FuturePowerGen @EnergyCollectiv

On the same week that the country decided on a fracking moratorium, Berlin’s House of Representatives voted last Thursday to divest from fossil fuel companies.

According to Fossil Free Berlin, the new investment policy will ban coal, oil and gas companies from the city’s €750 million pension fund, which includes shares in companies such as RWE, E.ON and Total.

“Berlin’s decision to blacklist fossil fuel companies is the latest victory for the divestment movement, which serves to remove the social licence from companies whose business model pushes us into climate catastrophe,” said Christoph Meyer a campaigner with the group. “We will keep a close eye on the administration to make sure it upholds today’s commitment and urge the city to now take quick steps to break its reliance on coal power.”

Divestment is expected to begin January 2017. Berlin, which also has a goal of becoming climate neutral by 2050, is now the seventh major city to divest following Paris, Copenhagen, Oslo, Seattle, Portland and Melbourne, Huffington Post noted.

To all of you who gave us so much love, hope & support along our way to #divestment: This is your victory, too! pic.twitter.com/96PWGHdWLo