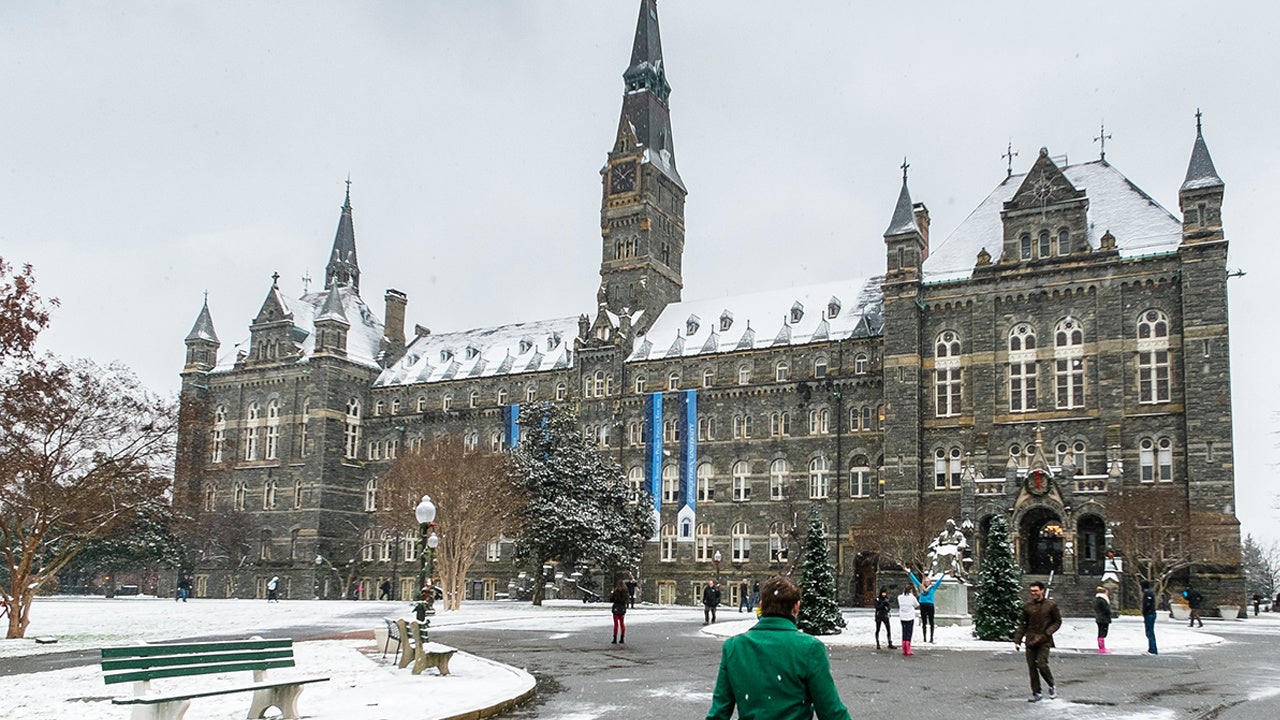 The Georgetown University board of directors announced Thursday it would divest from fossil fuels. Ehpien / Flickr /

Student-led anti-fossil fuel campaigns at universities across the country pointed to Georgetown University Friday as the school’s board of directors announced it would divest from fossil fuels and redouble its efforts to invest in renewable energy instead.

The university’s decision came after a sustained pressure campaign from Georgetown University Fossil Free (GUFF), a student group which submitted multiple proposals to the Georgetown Committee on Investments and Social Responsibility before the panel recommended the divestment this week. The school community also voted on a referendum regarding divestment on Thursday, within more than 90 percent voting in favor.

GUFF issued a statement thanking the board of directors for its decision to divest and the school community for participating in the campaign.

“We are thrilled that our university has taken this important step in supporting climate justice, student voices, and financial accountability,” GUFF wrote.

Similar groups at other schools called on administrators to follow suit:

Georgetown has committed to divest. Does Creighton want to be a leader in sustainability as they claim? Or will we continue to be a passive follower of the status quo, allowing other schools to bear the mantle of Jesuit identity because acting on our values just isn’t convenient? https://t.co/b38Vg2wx4y

Georgetown joins the global movement to divest from fossil fuels

Under Georgetown’s new policy, the board of directors said, “The university will continue to make investments that target a market rate of return in renewable energy, energy efficiency and related areas while freezing new endowment investments in companies or funds whose primary business is the exploration or extraction of fossil fuels.”

“Divestment allows us to divert more capital to fund development of renewable energy projects that will play a vital role in the transition away from fossil fuels — part of the long-term solution required to prevent the most dangerous effects of climate change,” Michael Barry, Georgetown’s chief investment officer, said in a statement.

“Something big is shifting,” Klein wrote.

Holy holy holy heck! If I'm reading this right, @Georgetown Georgetown–one of the country's great universities and premier Catholic institution–has divested from fossil fuel! Go Hoyas! and such thanks to all who fought to make this happen! @GUFossilFree https://t.co/oVwYZkL3vY

Another huge divestment win. Something big is shifting, and it lines us up perfectly for a real #GreenNewDeal starting next year – let's not screw this up! https://t.co/dmPob4RkGZ

In November, hundreds of Harvard and Yale students stormed the field during the two schools’ annual football game to demand the institutions divest from fossil fuels. The University of California system announced it would divest last September, and more than 1,000 other institutions around the world have committed to divestment in recent years.

As Georgetown students and faculty were celebrating the board’s decision Friday, the Sunrise Movement chapter at George Washington University two miles away expressed frustration with the school’s board of trustees, which announced it would form an “environmental, social, and governance responsibility” task force without naming divestment from fossil fuels as an immediate goal.

“There is absolutely no need to ‘explore’ whether or not GW’s endowment should divest from fossil fuels,” wrote the group. “The moral imperative is clear and does not need a moment’s thought as to whether or not it is actively contributing to the degradation of our planet.”

The Sunrise Movement chapter vowed to make sure it was “sufficiently considered in this process” and demanded the university join Georgetown in fully divesting from fossil fuels.