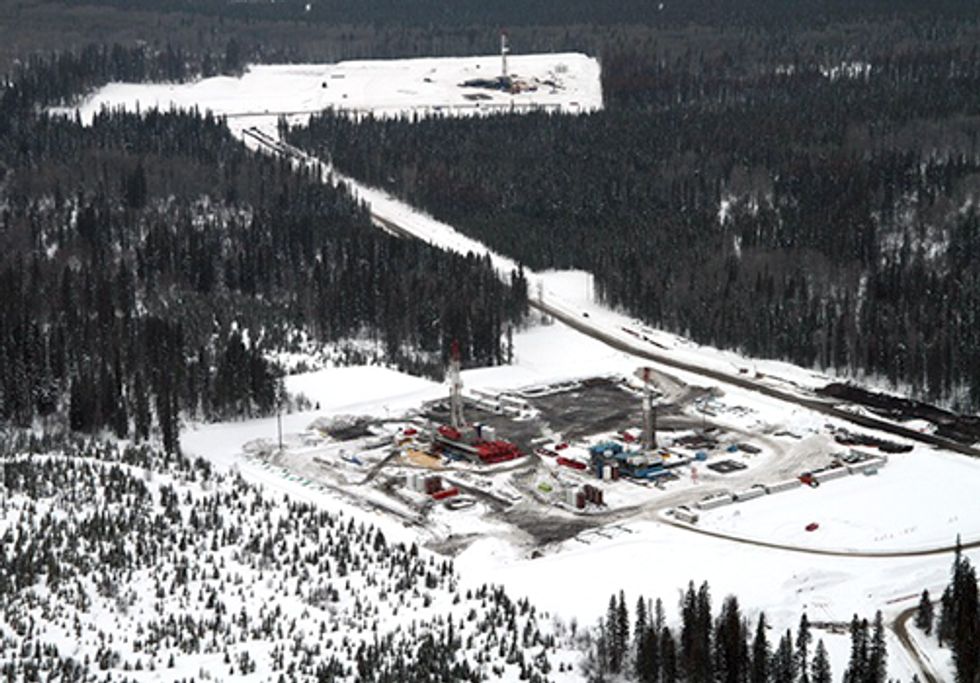 “Anyone who can throw a tomahawk and sue you is a force to be reckoned with,” said Bill McKibben, author, environmental educator and founder of 350.org, about Caleb Behn.

Caleb Behn is the young, eloquent and enigmatic subject of a new documentary-transmedia project Fractured Land. An experienced hunter trained on the land by his grandfathers, Caleb is a modern Dene warrior, and a law student at the University of Victoria, in British Columbia, Canada.

He is a part of a dynamic dialogue on sustainable, equitable energy development in Canada, a country whose antiquated resource extraction practices are systematically decimating a way of life reliant upon the air, water and land.

“One of B.C’s bright, emerging native political leaders,” said Mark Hume, The Globe and Mail, Caleb is among an inspiring new generation of Indigenous leaders, balancing their ancestral customs with the modern world to forge a path to a sustainable energy future.

Vancouver-based filmmakers Fiona Rayher and Damien Gillis have followed Caleb to places of largely unseen beauty—from his traditional territories in Northern British Columbia, where he’s fished and hunted moose his whole life, to Maori lands in New Zealand, where he sought to learn how Indigenous law could be blended with the current legal system in order to protect our sacred ecosystems.

Now back in Canada, Caleb’s making a lot of noise—touring the country to speak about his experiences and concerns, and applying his legal education toward building bridges across divided communities.

Caleb has been an active voice in the recent Idle No More movement, using social media to engage in constructive discourse with other leaders and participants across the country and the globe.

Both Caleb’s mother’s and father’s territories are deeply affected by decades of heavy oil and gas industry development.

His mother, from the West Moberly Nation of the Peace Valley region has seen development as early as 1922, with large-scale commercial development beginning in the 1950s, and growing rapidly since. The third proposed dam on the Peace River, known as Site C, would flood an 80 km stretch of the valley to power natural gas and mining operations.

Meanwhile, in Caleb's father's Eh-cho Dene territory around Fort Nelson, there are plans for 20 long-term licenses to draw a trillion liters of water out of surrounding rivers and lakes to use for natural gas "fracking" operations in the nearby Horn River Basin.

Fracking is a method of natural gas extraction that involves drilling deep into the Earth, to blast the shale with vast amounts of water, toxic chemicals and sand at high-pressures, to crack open the shale and release the gas.

The process has been flagged worldwide for poisoning water tables and releasing noxious gases into the atmosphere, severely damaging the health of residents living in the regions and causing unequivocal environmental destruction, including earthquakes.

To transport the natural gas from British Columbia to Asia, as proposed, it must first be converted to a liquid state, which would require approximately 14, 500 GWh of electricity, enough to power 75 percent of all residences in the province.

This sophisticated web of hydrocarbon project development between Alberta and British Columbia is being referred to as “Canada’s Carbon Corridor.” The infrastructure required for these projects forges an archaic cycle of abuse of the region’s resources that threatens to lock Canada into an unsustainable and destructive social, economic and environmental path.

Canada has seen generations of endemic violence and abuse within Indigenous communities, a conversation that, according to Fractured Land interview subject Naomi Klein, best-selling author and activist, is inevitable when discussing resource development on traditional Aboriginal lands: