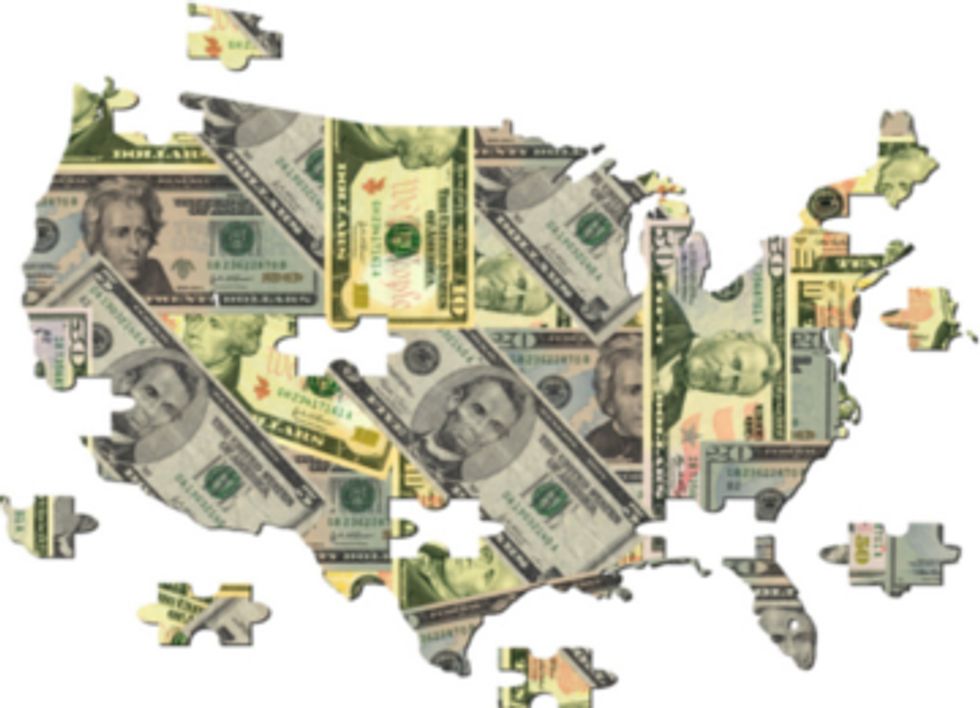 America is in the midst of the biggest onshore oil and gas rush in recent history, with excitement spreading across the U.S. Oil and gas companies have cashed in on this frenzied excitement by courting huge investments domestically and abroad.

But a growing chorus of independent analysts and law enforcement agencies have their doubts and have questioned whether shale drillers are over-hyping their financial prospects and overestimating how much oil or gas they can profitably pull from the ground. Just this week, one of America's biggest agricultural lenders, the Netherlands-based Rabobank, announced that it would no longer lend money to companies that invest in shale gas extraction (nor to farmers worldwide who lease their land to these drillers).

The way that oil and gas companies describe their prospects in their financial statements matters because investors—and not just the uber-wealthy ones but also pension funds, university endowments, average folks with retirement savings or 401(k)s—can lose catastrophically if the information they rely on is faulty.

This matters to taxpayers too, since lawmakers need accurate information when making long-term decisions about the industry subsidies and tax breaks granted to encourage the drilling boom. The shale fracking rush could prove to be an expensive bust for taxpayers if oil and gas wells do not perform as promised.

Concern that companies have been over-exuberant about shale led Wall Street's two top cops, the Securities and Exchange Commission (SEC) and the New York Attorney General to investigate whether oil and gas companies have been "overbooking" their reserves (translation: inflating their appeal by promising investors more fossil fuels than their wells can actually deliver).

One company in particular—Chesapeake Energy—has attracted the most attention from these investigators.

In the drilling industry, Chesapeake is known for being more aggressive than many of its competitors in its "land grab" strategies, its use of book-keeping methods to obscure costs, even in its legal and public relations posture toward local communities that try to block drilling.

Little has leaked out about the SEC and New York Attorney General probes. One company, Goodrich Energy, announced in September 2012 that the SEC probe into their reserves was over, but no other companies made similar announcements.

Recently, with little fanfare, Chesapeake announced a move that underscores the importance of these concerns and also offers another example of the revolving door that has characterized relations between the oil and gas industry and the regulatory agencies that are supposed to police them.

On June 17, Chesapeake Energy announced it had appointed a new chief Compliance Officer, Patrick K. Craine. Craine is an accomplished attorney—he was a partner at a major law firm, Bracewell & Guiliani, where he specialized in white collar criminal defense, regulatory enforcement and internal investigations.

But hands down his greatest value to Chesapeake will be the role Craine played at the SEC. A former prosecutor, Craine handled many oil and gas cases at the SEC and, according to his law firm bio page, "prosecuted the largest oil and gas reserves restatement case in history."

Companies that hire former regulators often dismiss concerns about revolving doors, arguing that no one knows the rules better than the people who used to administer them. Their specialized knowledge and experience in interpreting rules is invaluable to companies who want to follow the rules in good faith and navigate complicated regulations, they say.

But since the financial collapse in 2008, watchdogs have honed in on the problems that can result when former prosecutor go to work for the industries they once investigated – especially at the SEC.

In a companion report, POGO highlighted the ways that revolving doors can lead to a situation political scientists call "regulatory capture."

When the people who are supposed to police an industry are too cozy with the people representing that industry, they can pick up their world view. They can come to identify strongly with the people they are supposed to be overseeing, undermining their ability to take tough measures. And current regulators can unconsciously give former colleagues who now work for the industry greater deference or leeway because of their shared past.

That's why many federal agencies have ethics rules that attempt to guard against regulatory capture. But last year, the SEC's own Inspector General investigated how the SEC guards against conflicts of interest caused by revolving doors and concluded that the agency's ethics rules on these matters were riddled with loopholes.

And when it comes to policing the colossally wealthy and politically powerful oil and gas industry, the SEC is especially outgunned as its staff of enforcement specialists consists of little more than a handful of experts.

In some ways, the SEC has helped create some of the very problems it is now investigating at Chesapeake and other drilling companies.

At the end of 2008, the SEC loosened rules that govern how oil and gas companies can calculate their reserves. The new rules from the SEC allowed more leeway in predicting how much oil and gas their wells, particularly unconventional oil and gas wells like shale or coal bed methane, could produce. This was a boon for drilling companies like Chesapeake in their effort to attract investment.

The impact of this rule change on the shale gas industry was enormous and immediate.

"The final SEC rules have demonstrably created a situation where there is room for interpretations" that allow unconventional oil and gas companies to book larger reserves, a July 2012 Society of Petroleum Engineers paper by Ruud Weijemars concluded, adding that "a difference in reserves reporting ‘culture’ has emerged between U.S. independents—engaged in unconventional-gas developments—and the oil majors."

After the SEC changed its rules, a huge gulf emerged between the ways that these independents booked their reserves and how conventional oil and gas companies applied the rules.

"Digging deeper into company reports reveals some additional cause for concern about the certainty of economic production from shale gas reserves," Weijemars wrote in his peer-reviewed paper.

A company-by-company review led to a damning conclusion for the unconventional gas industry. Weijemars found that "throughout 2009, companies such as Petrohawk, Devon, Chesapeake and EOG could not produce gas with an operational profit. The 51 percent increase of 2009 proved reserves from U.S. shale producers therefore cannot be explained by economic fundamentals."

He said instead, that companies appeared to be making money through financial engineering and the use of creative financing. Forty percent of Chesapeake’s 2009 operational income didn’t come from selling gas, but instead came from derivative trading. (Weijemars is not alone in having doubts about Chesapeake’s prospects—last year a report by ITG Investment Research calculated that Chesapeake could only deliver 70 percent of the oil and gas it was promising.)

"Today’s reality is that nearly all North American shale-gas projects are losing money faster than can be generated from operational income," Weijermar and Joost van der Linden wrote in First Break, a journal that covers applied geophysics, petroleum geoscience and reservoir engineering, "which means losses must be compensated" using various financing techniques and selling off acreage.

The SEC is the federal agency that should be asking hard questions, uncovering information like this and making sure the numbers provided to investors add up. And indeed, Chesapeake has found itself under numerous inquiries that will keep former-SEC prosecutor Patrick Craine’s hands full. But so far it's not clear how aggressively the SEC will police Chesapeake's reserve claims —or similar claims by the rest of the shale oil and gas industry—or whether any results will simply be buried.

Meanwhile, market analysts are increasingly finding red flags in the industry’s publicly-disclosed data. These concerns have even drawn the attention of Congress.

"Shale wells deplete alarmingly," testified energy analyst Deborah Rogers in May before the Senate Committee on Energy and Natural Resources. Rogers, who was recently appointed an adviser to the U.S. Department of the Interior's Extractive Industries Transparency Initiative which is looking into some of these issues, described a pattern where companies like Chesapeake need to drill more wells just to keep gas flowing out and cash flowing in.

She also explained why this pattern is not just financially worrisome.

"The collateral damage in the form of air toxics, ground water depletion, encroachment, road damages and potential aquifer ruination in the United States could be immense," she said, "and will only continue to rise as more and more wells need to be drilled."