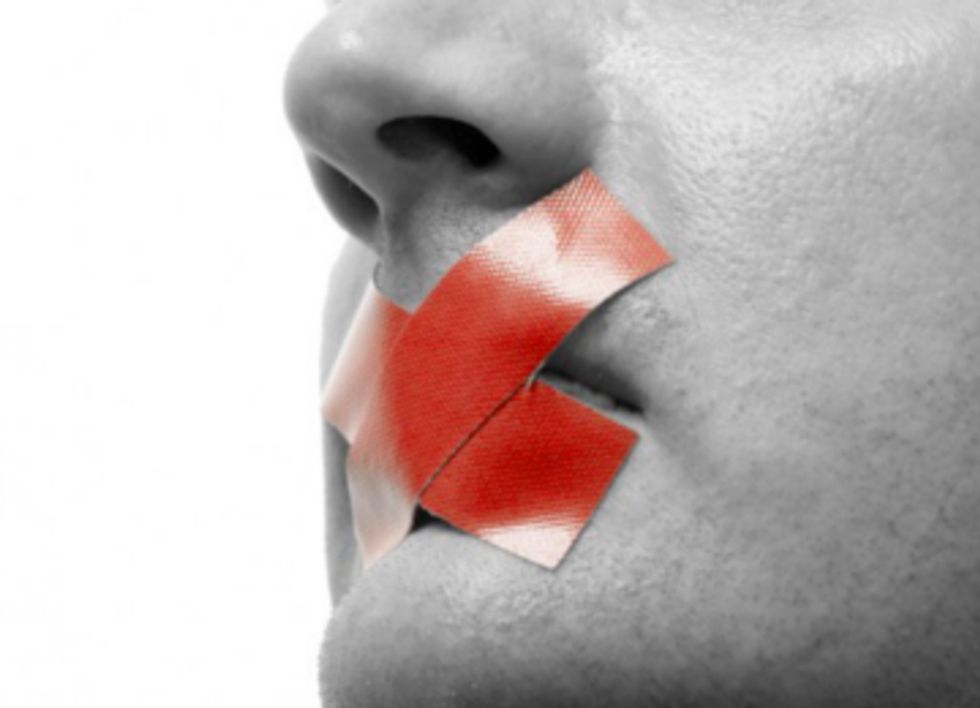 In further attempts to stifle public awareness of the dangers of fracking, energy companies have been issuing gag orders on families who contract with them. The gag orders cover everyone in the family, including children. Drilling company Range Resources offered $750,000 to a Pennsylvania family to move from their home with one catch: the family, and their kids, were not to say a word.

There have been numerous reports of dangerous pollutants contaminating the land and water supply of families in areas near fracking sites. The Hallowich family of Washington County, PA, experienced symptoms of contamination like “burning eyes, sore throats, headaches and earaches.”

Range Resources then paid the family thousands of dollars to relocate and keep quiet about their health issues caused by fracking pollution. Company spokesperson Matt Pitzarella said the family left because “they had an unusual amount of activity around them.”

Once they’ve paid off the victims, the fracking operation is protected and the families are bound to the company, thus, sweeping any evidence of fracking’s dangers under the rug. The practice has proved helpful for the fracking companies in that when giving testimony to Congress, there is no pushback from those who have witnessed and experienced fracking pollution first hand.

“These gag orders are the reason [drillers] can give testimony to Congress and say there are no documented cases of contamination,” said Earthworks organizer Sharon Wilson.

Companies and lawmakers friendly to the companies have even gone so far as to gag doctors from expressing their professional concerns about dangerous fracking chemicals. Last year, a law passed in Pennsylvania that allows doctors to access the listing of the chemicals used in fracking. However, the doctors are prohibited from telling their patients about it.

Despite proof that fracking is harmful, like the documentaries Gasland and Gasland 2, which focus on the hazards of the fracking industry, there is still a lack of regulation against the fracking companies. Whenever the U.S. Environmental Protection Agency demands companies to submit data about the chemicals used in the drilling process, the companies have the freedom to blow off the request.

By cutting off the flow of information, fracking companies still possess total control of exposure of their actions, and exercise them with impunity. Once there is a free flow of information about the harm caused by fracking, officials can, and should, institute stricter regulations.