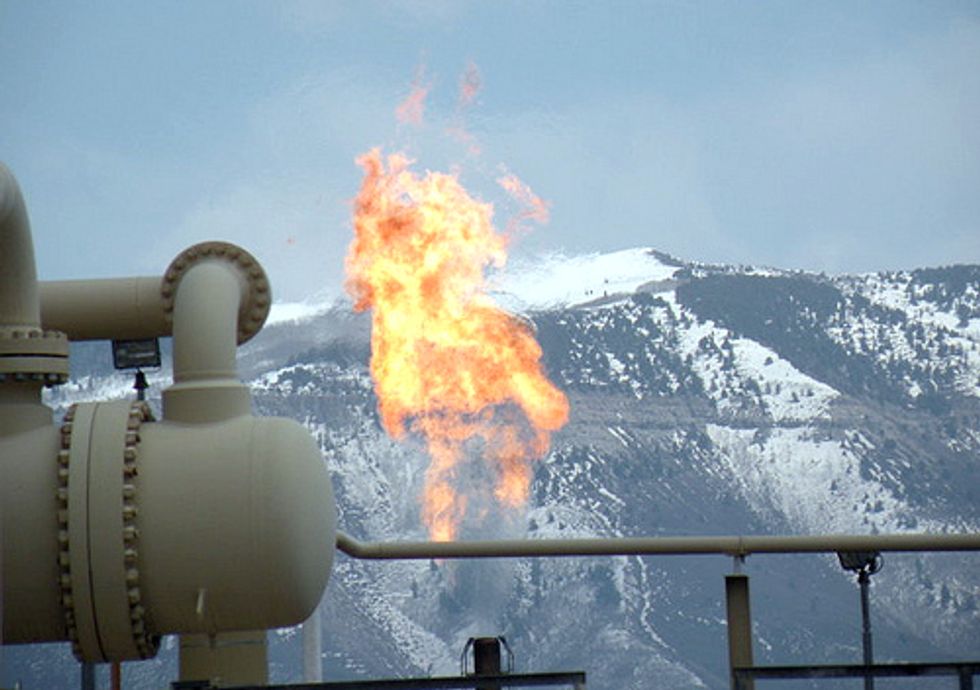 “To address the huge threat posed by global warming, I believe it is essential to move as quickly as possible away from natural gas towards renewable energy resources, and to not further develop shale gas unless major (and expensive) steps are taken to greatly reduce methane emissions.”

—Cornell U. Professor Robert Howarth, May 31, 2012, testifying before the House of Representatives

“On July 28, 2012, we invite community members and organizations everywhere to join us in Washington, D.C. for a rally at the Capitol to demand no more drilling that harms public health, water and air ... Elected officials and public agencies must insist that the industry stop all drilling that is dirty and dangerous, and put communities and the environment first, starting by removing special exemptions and subsidies for the oil and gas industry. Join community leaders, celebrities and policymakers and add your voice to the call for a clean, fossil fuel free energy future.”

—Call to Action at www.stopthefrackattack.org

There are two energy-related issues that have generated significant popular movement over the past year: the movement in opposition to the Keystone XL pipeline and tar sands oil extraction, and the movement against hydraulic fracturing of deep-underground shale to extract natural gas.

The stop-the-pipeline movement won an historic temporary victory, with the final decision still to be made. The stop-fracking movement has also won victories, among them many-months-long fracking moratoriums still in place, but not permanent, in New York, New Jersey, Maryland and the Delaware River basin area. However, fracking is taking place in 20 or so other states.

The stop-the-pipeline movement organized two major actions in Washington, D.C.last August and November that had everything to do with the temporary victory. In the first action, 1,253 people were arrested at the White House over a two week period. In the second, on Nov. 6, more than 10,000 people encircled the White House, with plans announced for demonstrations at a number of Obama re-election offices three weeks later. Not by coincidence, on Nov. 10 the White House announced that a decision on the pipeline would not be made until sometime in 2013.

The stop-fracking movement, up until recently, has been much more local- and state-oriented as far as its efforts. It is truly a people’s movement, made up long-time activists but also a large number of people who have never before been activists. They have become active because of the impact of fracking on their water or air quality, sickness and illness caused by nearby gas wells, the death of farm animals, or other direct impacts of the industry on their daily lives.

There are also a growing number of environmental groups who are joining the stop-fracking movement. Some of them formerly supported natural gas as a “bridge fuel” between our present fossil fuel industry-dominated energy system and the clean jobs-creating, renewable energy-based system which we absolutely must transition to as quickly as possible. More and more groups which used to take that “bridge fuel” position are backing away from it as they see the environmental damage caused by the gas industry’s fracking operations.

But it more than that. It is becoming abundantly clear that when you do a life-cycle comparison of fracked natural gas to coal, generally seen as the dirtiest and most harmful fossil fuel, as far as its effect on the climate, fracked natural gas is likely as bad and probably worse than coal. This is the case because of significant leakage of gas into the atmosphere, at the drilling site and elsewhere before it is burned, and because, over a 20 year period, vented natural gas, composed primarily of methane, is between 72 and 105 times as powerful a greenhouse gas as carbon dioxide.

Can the U.S. and other countries dramatically expand gas production, strengthen regulation and, as a result, correct the serious environmental and climate impacts of fracking? I doubt it. You can have the best regulations in the world, but if you don’t have people on the ground to enforce those regulations, does anyone think that ExxonMobil, Shell, Chevron, Chesapeake Energy and all of the other companies doing fracking are going to follow the law if it means additional costs or inconveniences? And how likely is it that, any time soon, new regulations on fracking, if passed, would provide for a sufficient number of enforcement agents given the strength of the pro-fossil fuel lobby and we-love-fossil-fuels conservative ideology?

Fortunately, right now there’s a glut of natural gas because of the fracking “gold rush” of the last several years. There’s a slowdown in the number of wells the industry is drilling. But they have a solution: build pipelines and export terminals and ship gas overseas where the prices are higher. That will eventually decrease the U.S. supply and drive up prices here, but, hey, that’s the way capitalism works, right?

Getting off fossil fuels, all of them, as soon as possible, is an absolutely essential, immediate requirement. It is on the agenda of history. It is an idea whose time has come. Let’s make July 28 so big, so powerful, that its political impact reverberates for months and years.

July 28 should be a priority for all groups and people who support human decency and justice.

Ted Glick is the National Policy Director of the Chesapeake Climate Action Network.