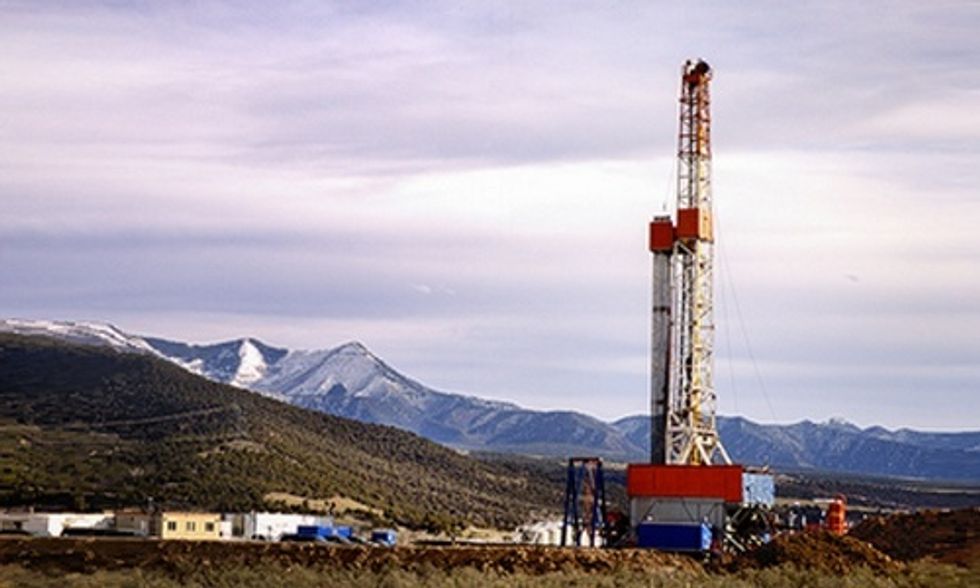 This new analysis shows why other state governments must require drilling companies to disclose the chemicals they are deploying. It underscores the urgent need for independent oversight of drilling in California and elsewhere. Photo credit: Environmental Working Group

In the analysis, “California’s Toxic Fracking Fluids: The Chemical Recipe," EWG deconstructs drilling companies’ use of 200 unique chemicals in nearly 700 wells across the state, with each company deploying around two dozen chemicals. These chemicals have the potential to contaminate drinking water, air and soil and to harm human health.

“Fracking is inherently problematic because of the chemicals used in the fluid,” said Tasha Stoiber, EWG senior scientist and a co-author of the report. “Since California has one of the most comprehensive and transparent disclosure programs in the nation, it’s the best window we have on the specific chemicals drillers are injecting into the ground. Disclosure of these hazardous or little-known chemicals to the public is necessary to gain much needed information on the risks of fracking.”

Fracking fluid is a mixture of water, chemicals and sand that is pumped into underground shale rock formations to crack them and release oil and natural gas trapped there. Of the chemicals added to fracking fluid in California, 15 are listed under the state’s Proposition 65 as known causes of cancer or reproductive harm, 12 are listed under the Clean Air Act as hazardous air pollutants known to cause cancer or other harm and 93 are associated with harm to aquatic life.

In March, EWG released its report Toxic Stew to bring attention to California’s contaminated fracking wastewater. The analysis released today gives a fuller picture of the process by revealing what is pumped down fracking wells, the likely origin of some contaminants in wastewater and the array of hazardous chemicals used, stored or transported at fracking sites.

EWG’s analysis shows why other state governments must require drilling companies to disclose the chemicals they are deploying. It underscores the urgent need for independent oversight of drilling in California and elsewhere.

“California leads the nation when it comes to providing more information about fracking chemicals to the public,” said Bill Allayaud, EWG’s California director of government affairs and co-author of the report. “But full disclosure is only the first step. Now it’s time for state officials to act aggressively to make sure these hazardous substances don't jeopardize human and environmental health.”