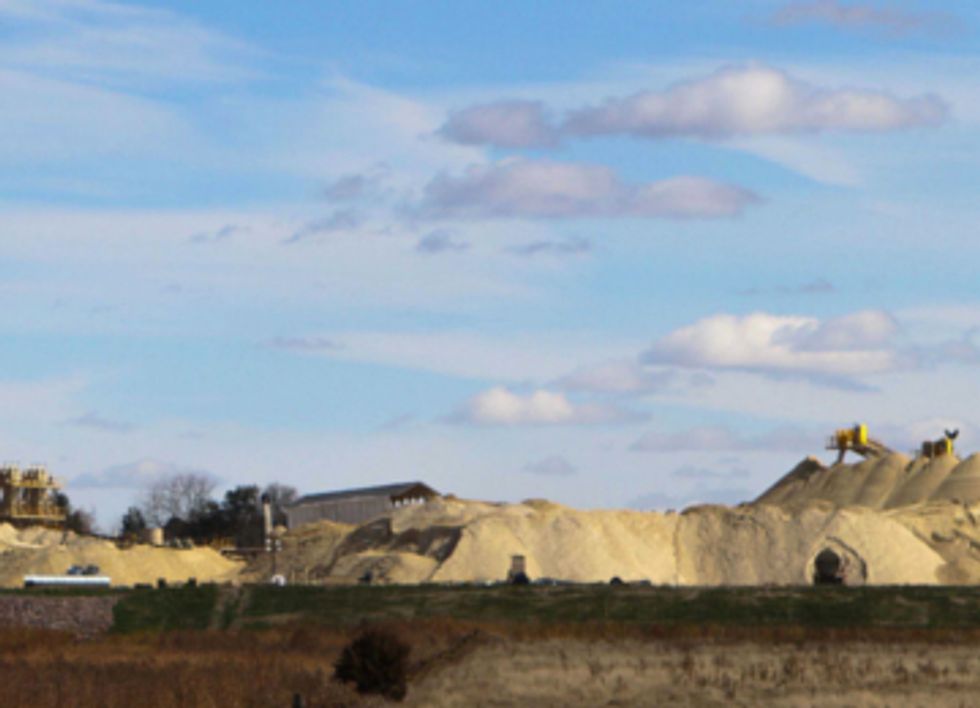 Barely a day now goes by without further evidence of the harm of fracking.

Last Thursday scientists reported new compelling evidence of the link between fracking and earthquakes. The scientists argue that, due to fracking, U.S. earthquakes have become approximately five times more common in recent years.

The journal Science reported that there have been more than 300 earthquakes above magnitude three on the Richter scale, which are therefore deemed significant, from 2010 to 2012. This equates to 100 a year—which is compared with a past average of 21 per year.

It appears that the huge volumes of wastewater are putting pressure on fault lines deep underground, causing the earth tremors. Inadequate monitoring of fracking’s dark downside has once again been highlighted and scientists argue that much greater seismic monitoring is needed.

But fracking is also having other ecological effects too. It has also transpired that millions of gallons of water used in fracking, which are contaminated with toxic chemicals, are currently being used for consumption by wildlife and livestock.

This is happening with the formal approval from the U.S. Environmental Protection Agency (EPA), despite this being against its own regulations.

“Under the less than watchful eye of the EPA, fracking flow-back is dumped into rivers, lakes and reservoirs,” argues Public Employees for Environmental Responsibility, Executive Director, Jeff Ruch. Ruch argues the EPA is ignoring its own rules, requiring that it list “the type and quantity of wastes, fluids or pollutants which are proposed to be or are being treated, stored, disposed of, injected, emitted or discharged.”

Finally an article in Dallas News explores another, relatively ignored, effect of fracking: the boom in sand mining.

We often think of fracking as mainly using chemicals and water, but the process consumes vast amounts of sand that is injected down wells, helping to fracture the rocks. In turn, this sand mining also consumes a vast amount of water, pitting the sand mining industry versus local communities too.

As the Dallas News reports: “From the northern banks of the Mississippi to the Red River, the flow of sand to drilling operations has created what geologists say amounts to a mining boom.”

The paper reports that, although the exact nature of the industry is unknown, the U.S. Geological Survey released a study earlier this year that estimated that nearly 50 million tons of sand were mined in 2011. This is a whopping increase of over 60 percent from two years earlier and still is probably an underestimate.

“I think you’d have to go back to the industrial revolution to see that sort of change,” Mark Ellis, president of the National Industrial Sand Association tells the paper. “Horizontal drilling and shale gas has completely changed the landscape.”

You cannot mine that amount of sands without meeting some resistance. In North Texas, residents near the Red River have been pressing state environmental regulators to block EOG’s Resources, a Houston oil and gas driller, from sand mining a thousand acres near the Oklahoma border.

EOG intends to use some 3,700 gallons a minute once the mine is in operation. Critics say the mine will compete with local landowners for the water and, if the mine goes ahead, it could dry up local wells.

In one of the comments below the Dallas News article, a commentator adds:

Silica turns out to be a whole new air pollution problem tied to fracking. In June of 2012, an arm of the Center for Disease Control issued a ‘Hazard Alert’ concerning exposure to Silica pollution at fracking drilling sites. This came after nationwide tests by the National Institute for Occupational Safety and Health at 11 of 10 well pads showed alarmingly high Silica levels in the air. This was for worker exposure. No one has done any monitoring or studies concerning off-site effect of silica pollution.

The commentator finishes by saying: this is “one more example of the little-known, and under-regulated, harmful impacts of fracking that begin adding up.”

Indeed they are adding up, day by day.