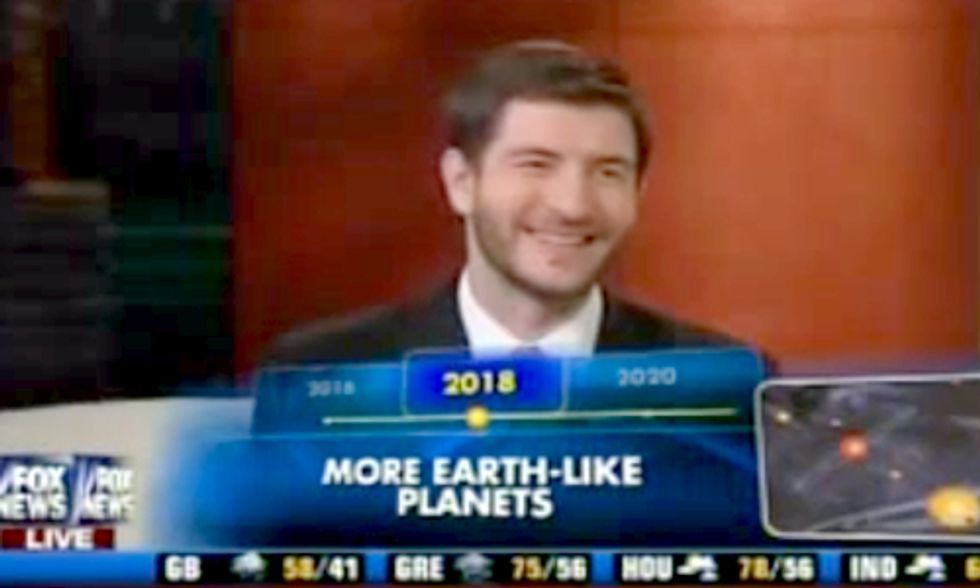 A prediction of what could happen in science over the next five decades without mentioning climate change could only come from one network—Fox News.

Michael Moyer, a Scientific American editor, was invited to appear on the Fox & Friends morning program April 30 to discuss what science and technology might bring over the next 50 years. After submitting some talking points in advance of the appearance, a Fox producer told Moyer that the climate change portion of his points would be omitted.

Moyer still went along with the appearance anyway, later tweeting that it was an experience that made him "kinda feel like I should take a shower."

Went on Fox & Friends this morning. Kinda feel like I should take a shower. http://t.co/SjlFBPE0QE

Fox & Friends producer wanted to talk about future trends. I said #1 will be impacts of climate change. I was told to pick something else.

The first of the above tweets included an embedded video of the appearance from Fox's website, but the network is believed to have deleted it some time after a series of tweets from Moyer. Those tweets also included opinions about an atmosphere in which "everyone's in a bubble" producing a program in which "every single segment was anti-Obama agitprop."

Media Matters For America later uploaded a video of the segment. Remember, you won't hear any mention of climate change:

"We invited Michael on for a segment on technological and scientific trends we can expect in the future. We worked closely with him and his team and there was never an issue on the topic of climate change," Suzanne Scott, senior vice president of programming at Fox News, told Business Insider. "To say he was told specifically not to discuss it, would be false."

Moyer told a different story in a blog on his employer's website.

"I understood that there was little chance the topic would make it into the show, but I’m not going to self-censor myself from the get-go," he wrote. "The Fox producer came back and very politely and matter-of-factly said that we would have to replace the climate change item."