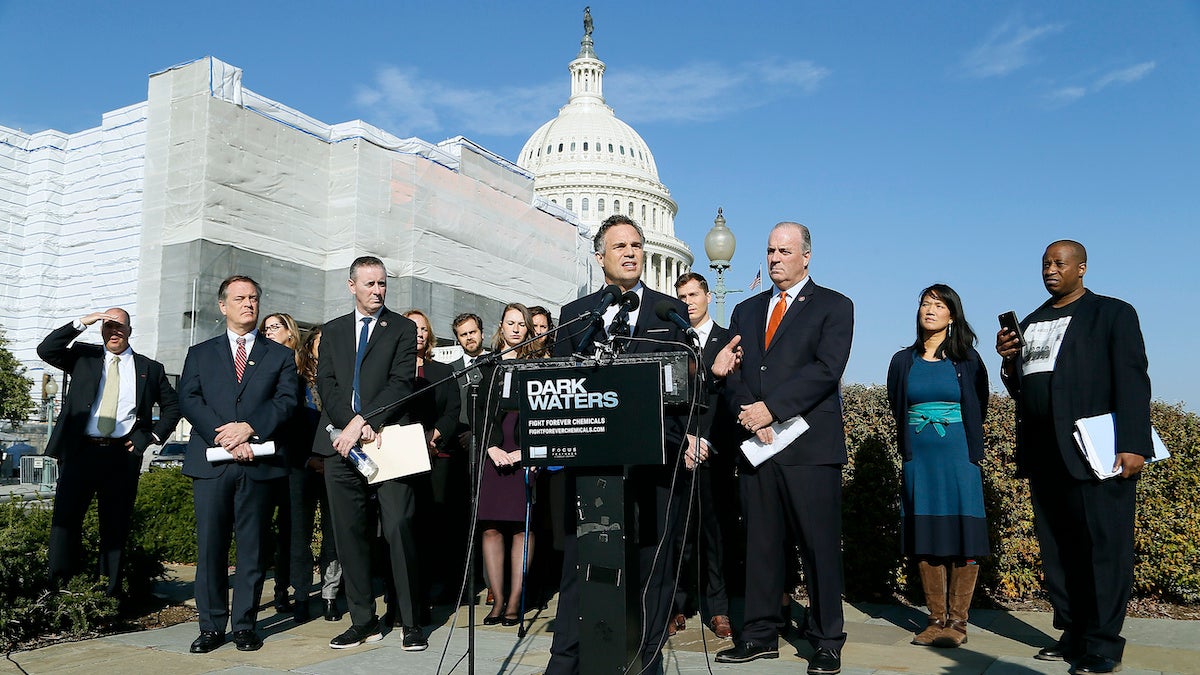 The White House announced Tuesday that it plans to veto the PFAS Action Act of 2019, which aims to keep harmful forever chemicals out of groundwater, as Newsweek reported.

‘Forever’ chemicals, which are often referred to as PFAS (per- and polyfluoroalkyl chemicals), are a class of heat and water-resistant chemicals used in a variety of industrial products, flame retardants and nonstick products, such as raincoats, cookware and packaging and have leeched into water supplies in almost every state in the country, according to The Hill. They are known carcinogens and do not degrade in the environment nor in the human body.

The bill before congress is sponsored by congresswoman Debbie Dingell (D-Michigan) with the intention of reducing unintended, involuntary exposure to PFAS.

“PFAS is a clear threat to human health and our environment,” wrote Dingell in a November 2019 statement, as Newsweek reported.

“The reality is a lot of contamination is connected to military sites and the Defense Department,” Dingell’s statement continued. “We are continuing to champion strong provisions in the National Defense Authorization Act to identify PFAS as a hazardous substance for the purpose of clean up under the EPA’s Superfund program and facilitate coordinated response between local communities and the military.”

The sweeping legislation that Dingell proposed came after there was no mention of regulating PFAS in the annual defense policy bill. Furthermore, the U.S. Environmental Protection Agency (EPA) said it would decide whether or not to regulate PFAS by the end of 2019, but it missed its own self-imposed deadline, according to The Hill.

A vote on Dingell’s bill is scheduled for Thursday, where it is expected to pass the Democratic-controlled House. However, it is likely to face a backlash in the Republican-controlled Senate, according to The Hill. It also may never come up for a vote in the Senate after the White House announced its intention to veto the legislation.

The White House dismissed the bill as not cost-effective and as an affront to the power structure in place, saying in a statement that the bill would “supersede existing statutory requirements” that would prevent the EPA from making proper decisions about the treatment of PFAS in the environment, as Newsweek reported.

“By doing so,” the statement read, “the bill would create considerable litigation risk, set problematic and unreasonable rulemaking timelines and precedents, and impose substantial, unwarranted costs on Federal, State, and local agencies and other key stakeholders in both the public and private sectors.”

Environmental activists were aghast at the White House’s decision to veto legislation that would require making drinking water safer.

“Enough is enough,” said Scott Faber, senior vice president for government affairs at the Environmental Working Group, in a statement. “For too long, the EPA has failed to treat the PFAS contamination crisis like a crisis. Trump’s EPA has sunk to a whole new level of failure.”

The EPA currently recommends that water supplies not have more than 70 parts per trillion of PFAS, but there is no firm requirement in place. Critics say that not only is a requirement needed, but one that is much lower than the current recommended level, as The Hill reported.

“Just days after failing to meet a PFAS deadline, the Trump administration has threatened to veto legislation that would set PFAS deadlines,” said Faber in a statement. “It’s never been clearer that it’s time for Congress to set tough deadlines to reduce PFAS releases into the air and water, set PFAS drinking water standards, and clean up legacy PFAS pollution. If the Trump administration won’t take the necessary steps to protect the public from PFAS, it’s up to Congress to act.”