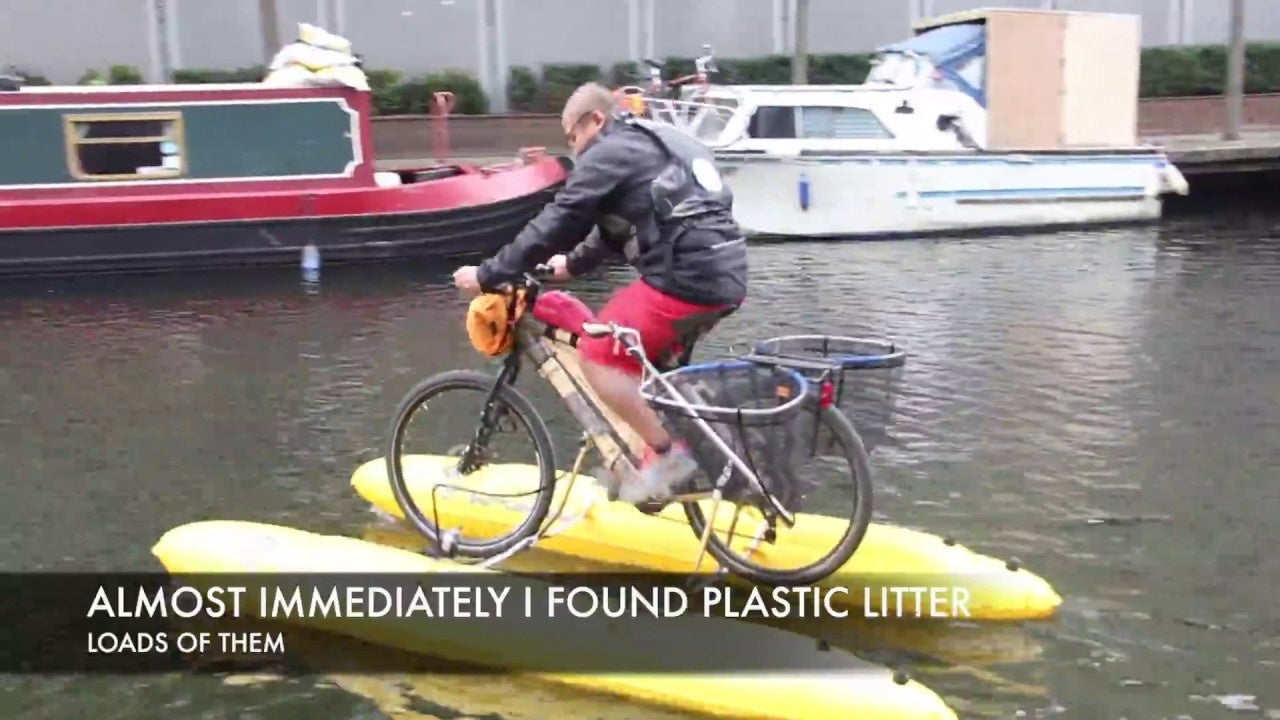 One plastic
bottle at a time, adventurer Dhruv Boruah pedals up and down England’s rivers and canals not only to collect waste but to also raise awareness about the planet’s growing plastic problem.

The 35-year-old former management consultant, who now heads
The Thames Project, picks up plastics and other debris from waterways every three weeks, CNN reported.

He’s armed with nothing more than a litter picker and a bamboo bicycle that he rigged with two floaters, waste baskets, and a propeller and rudder.

As he cycles atop the water, he can “become like Jesus for a little bit,” he joked.

He admits that he cannot clean up entire rivers alone. So with the help of his eye-catching bicycle, Boruah enlists other helpers on canoes, boats and stand-up paddle boarders.

“It’s a great conversation starter, and then I can tell them about my work, the plastic, and how it all starts here in the canals,” Boruah told CNN while biking London’s Regent’s Canal.

During one particular clean-up, Boruah said he and his team of litter pickers collected more than 600 pounds of plastic in the city of Birmingham.

What’s more, Boruah and his team also collect data about their cleanups. They use “£20 microscopes from Amazon” to sample water qualities and collect, geo-tag and count the plastic litter, the Thames Project website boasts. They’ve also created a Thames Litter Discovery Map that shows litter concentration on the river from a citizen science perspective.

Boruah quit the business world after racing a yacht from London to Rio de Janeiro and seeing the problem of marine plastics first-hand. He realized he wanted to be a part of the solution and decided to launch his current anti-plastic campaign.

“Plastic is now in the air we breathe, the water we drink, and the food we eat,” he said to CNN. “You have to care because it’s about you, your health, and the health of your children. Why are we destroying this planet for them?”

Boruah appeared in a recent TEDx Talk about his mission to stop plastic pollution.
Watch here: