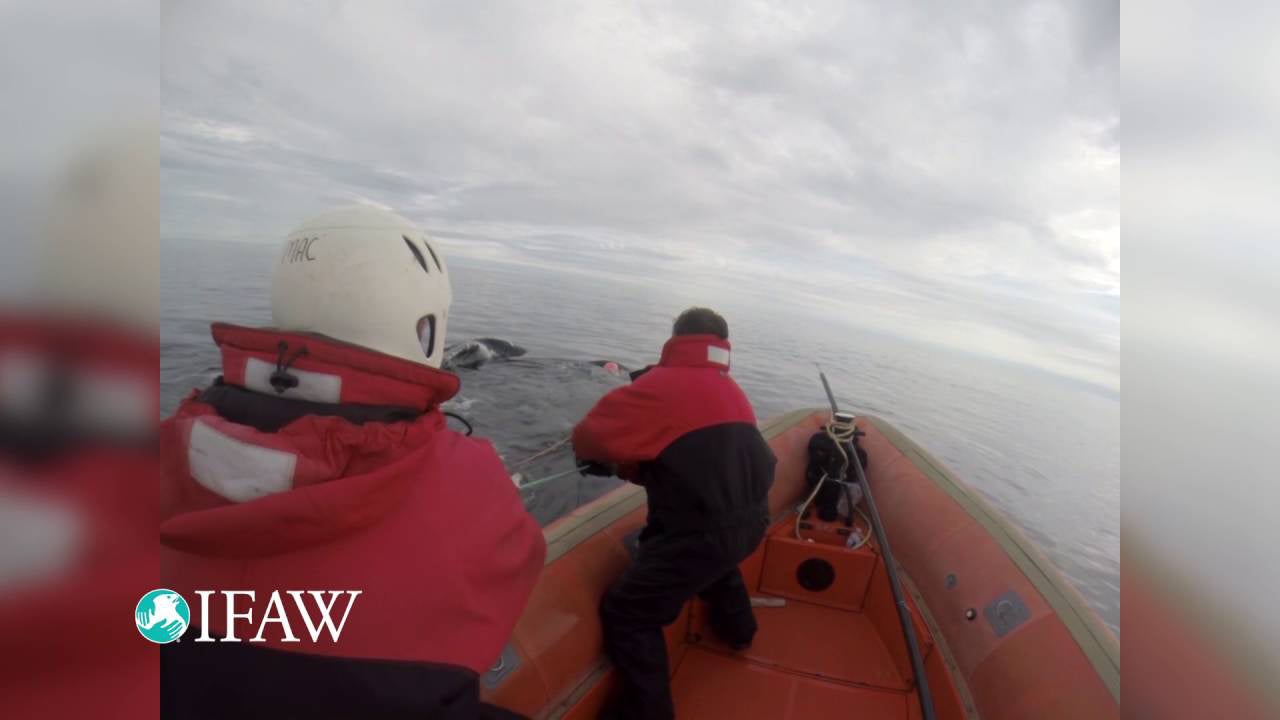 Dedicated whale rescuer Joe Howlett was struck and killed Monday by a North Atlantic right whale that he helped free. The critically endangered whale was entangled in commercial fishing gear off of New Brunswick, Canada.

Howlett, a 59-year-old Canadian fisherman, was a co-founder of the Campobello Whale Rescue team and was on a Department of Fisheries and Oceans fast response vessel at the time of the tragedy.

“They got the whale totally disentangled, and then some kind of freak thing happened and the whale made a big flip,” Mackie Green of the team told The Canadian Press.

The department’s minister, Dominic LeBlanc, said that participating in whale rescue operations “requires immense bravery and a passion for the welfare of marine mammals.”

LeBlanc also described Howlett as an “irreplaceable member of the whale rescue community.”

Howlett had helped rescue about two dozen whales over the last 15 years, according to CBC.

In the video above, Howlett and Green work for several grueling hours to disentangle a 6-year-old right whale caught in a mass of fishing gear.

The International Fund for Animal Welfare, a partner with the Campobello Whale Rescue Team, remembered Howlett as a dedicated volunteer who lived up to the organization’s core mission.

“Joe lived and breathed that mission, and thanks to his tireless dedication, he saved dozens of whales over the last 15 years,” the organization said. “Joe will be remembered as a kind man with great humor and a ready smile. Our thoughts are with Joe’s friends and family who are experiencing this heartbreaking loss.”