First Vaquita Rescued in Bid to Save the Porpoise From Extinction 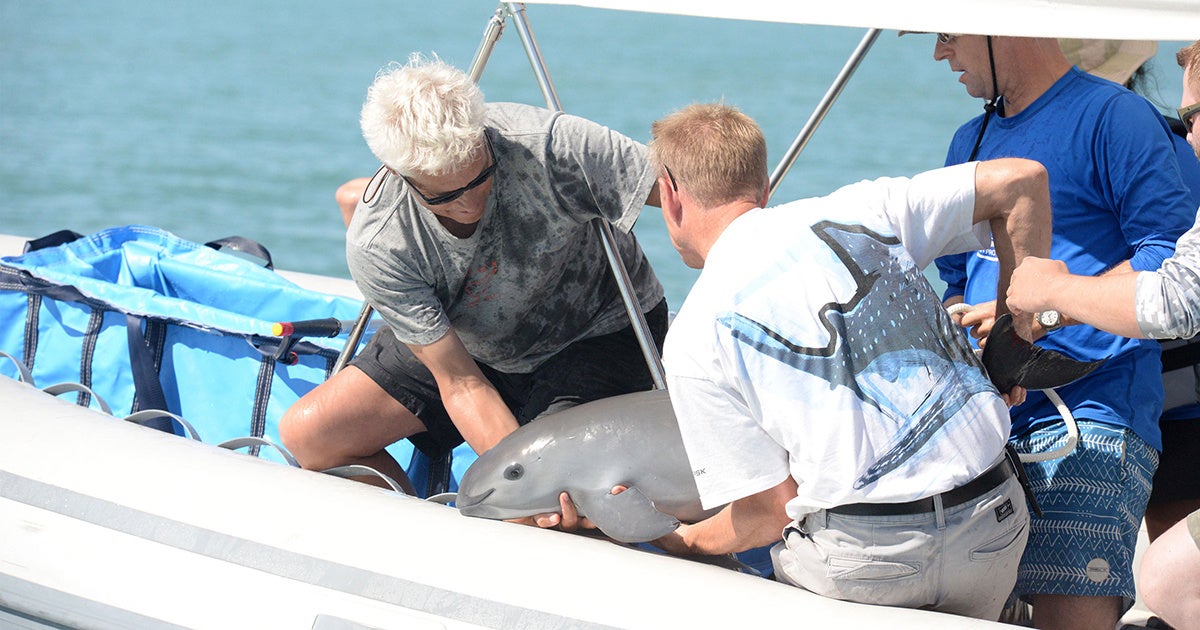 A project to save a small, critically endangered porpoise called the vaquita in the Gulf of California succeeded in capturing a 6-month-old calf in mid-October.

Veterinarians noticed signs of stress, so they made the decision to release it back into the wild, rather than keep it in a sea pen.

The project’s leaders are heartened by the experience and hope to round up more vaquita to keep them safe from the still-present threat of gillnet entanglement in the northern Sea of Cortez.

For the first time, a team of scientists has captured and then released a vaquita (Phocoena sinus), a rare porpoise in the Gulf of California, as part of a project called VaquitaCPR aimed at hauling the critically endangered species back from the edge of extinction.

“The successful rescue made conservation history and demonstrates that the goal of VaquitaCPR is feasible,” said Rafael Pacchiano, the minister of the environment and natural resources in Mexico, in a statement. “No one has ever captured and cared for a vaquita porpoise, even for a brief period of time.” 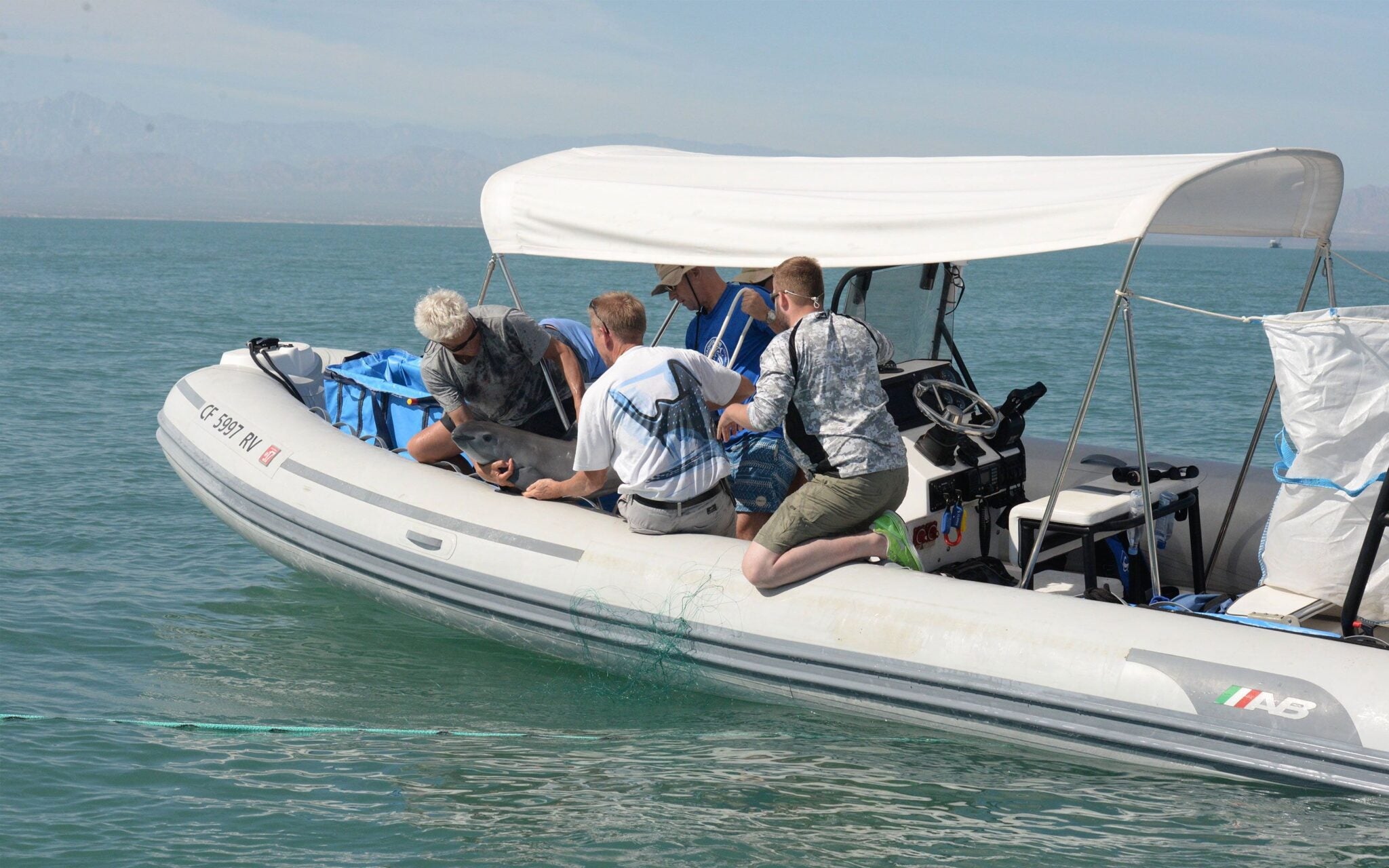 The VaquitaCPR team, comprising members from at least seven countries, caught a 6-month-old calf on Oct. 19 with the aid of underwater acoustic monitoring, but team veterinarians noticed that the animal seemed to be stressed out. Once they had taken tissue samples for later genetic testing, they released it back into the location where they had found it.

“While we were disappointed we could not keep the vaquita in human care, we have demonstrated that we are able to locate and capture a vaquita,” said Lorenzo Rojas-Bracho, a government scientist and the head of VaquitaCPR, in the statement.

Short for “Vaquita Conservation, Protection and Recovery,” VaquitaCPR is a Mexican government-led project aiming to find the porpoises in the wild and house them in specially built pens. It’s a last-ditch effort to save the remaining vaquita, whose numbers have declined to fewer than 30, one that was recommended by the International Committee for the Recovery of the Vaquita, known by its Spanish acronym, CIRVA. 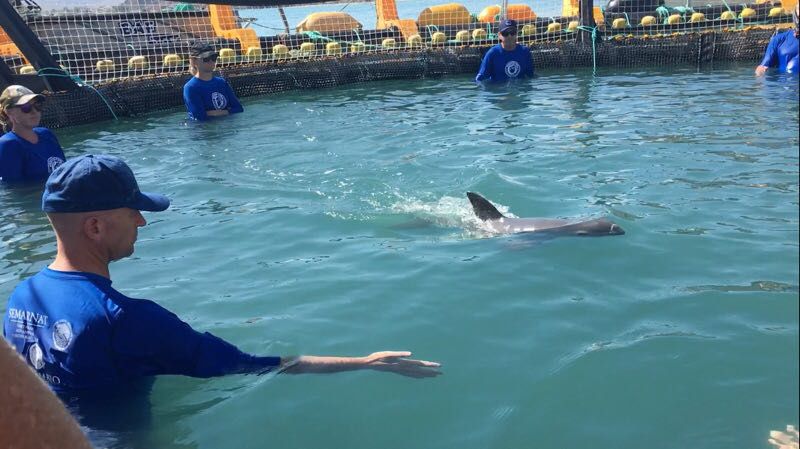 Gillnets, now banned in the Gulf of California, still pose the persistent danger of entanglement to vaquita, whether as abandoned “ghost” nets or those used by fishermen and women hunting for a Critically Endangered fish called the totoaba (Totoaba macdonaldi). Totoaba swim bladders fetch thousands of dollars in Asian traditional medicine markets.

Ultimately, the team plans to shelter caught vaquita in floating sea pens near the town of San Felipe until the animals have a better chance of survival. Crews are also searching for ghost and illicit nets with the help of U.S. Navy-trained dolphins and a boat from the Whale Museum in La Paz. VaquitaCPR said that the boat is responsible for pulling 274,320 meters (900,000 feet) of nets from the water.

Though the scientists weren’t able to keep the animal from this first “rescue,” Rojas-Bracho said that the process helped validate VaquitaCPR’s ability to transport and assess the health of a captured vaquita.

The animal is sometimes referred to as the “panda of the sea” or by its Spanish name, vaquita marina, which translates to “little sea cow.”

Pacchiano said this experience made him hopeful. “I am confident we can indeed save the vaquita marina from extinction.”

Video of vaquita rescue efforts in the Gulf of California below.