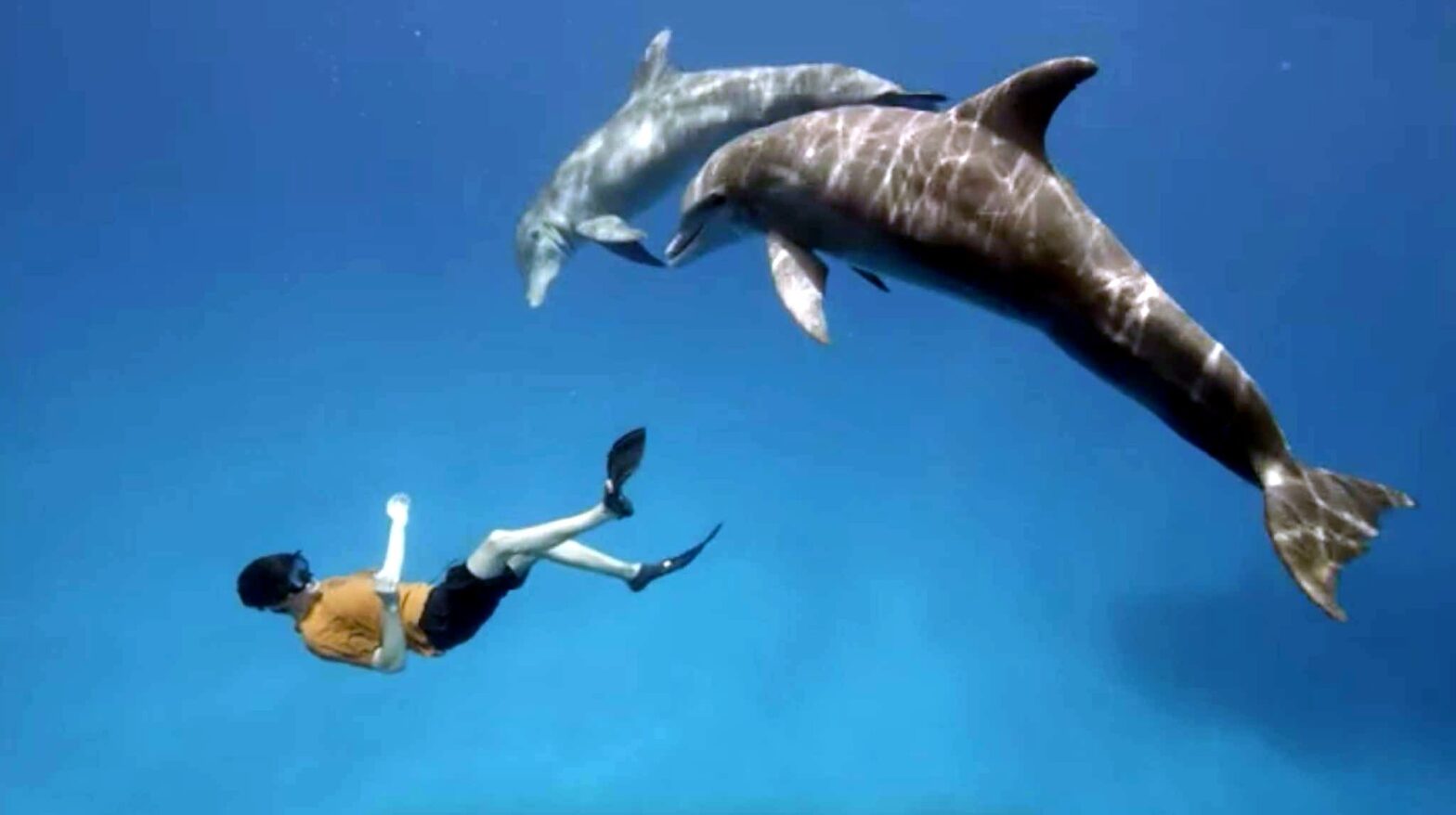 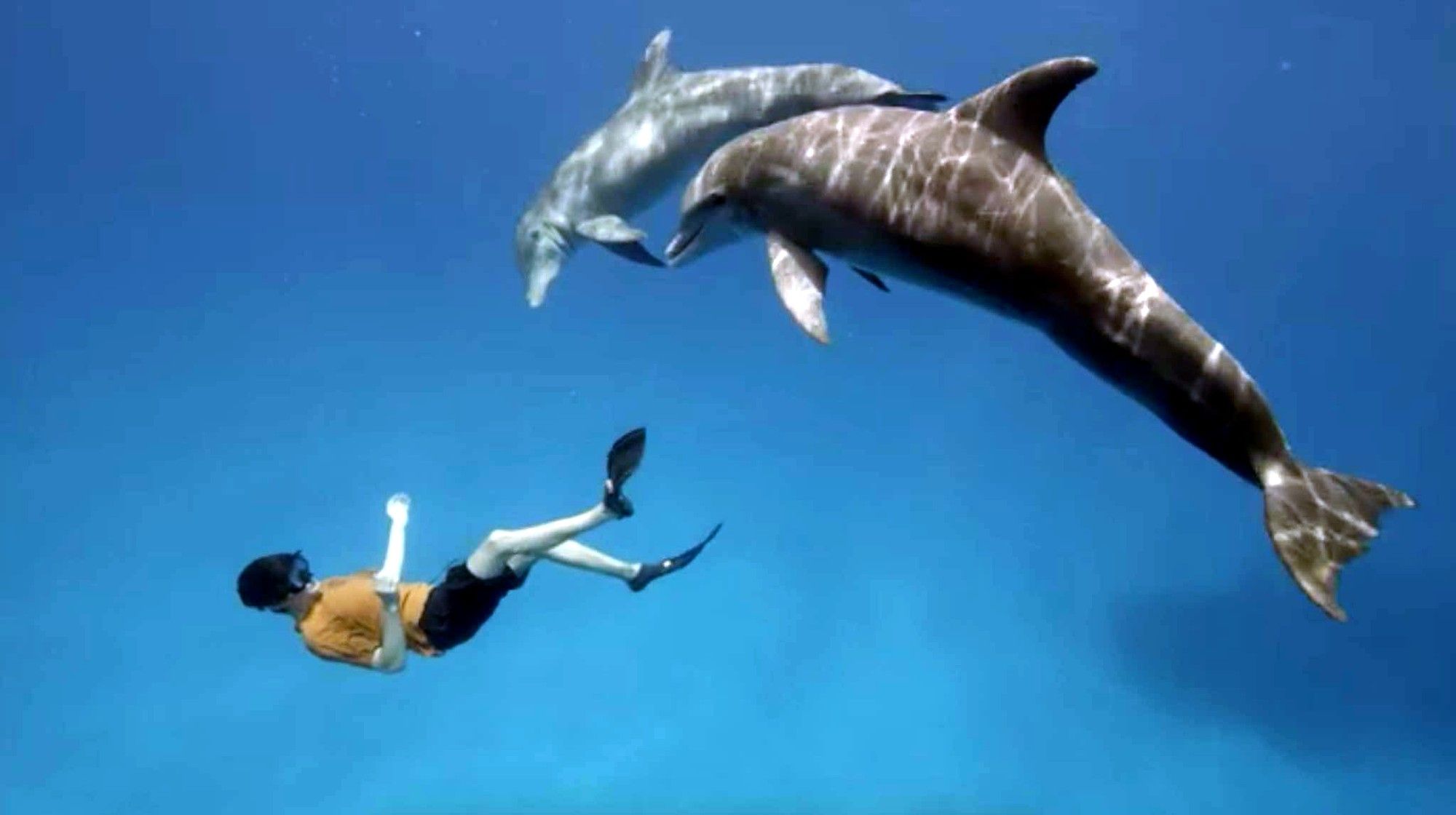 The dolphins turned and came back to play with them. They spent more than an hour circling and touching Finn as he free dove near Buck Island Reef National Monument in the U.S. Virgin Islands.

Skerry and Earl said that, during their decades of studying, photographing and swimming with marine mammals, neither of them had ever observed the kind of intimate, playful and curious behaviors by dolphins that they witnessed that day as the animals interacted with Finn.

Finn’s great uncle John F. Kennedy designated Buck Island as the world’s first marine park in 1961. JFK ordered a mural of Buck Island painted on the wall of the White House indoor pool where he exercised each day.

“I felt so lucky for that experience,” Finn said. “There were six to eight of them. They would follow me down to about 35 feet and brush up against me repeatedly, then accompany me back to the surface swimming tight circles around me till we all breached together.

“They would stop in the water column 10 feet below the surface, stand on their tails to look me directly in the eye, face-to-face. They would imitate whatever posture I adopted under water. If I lay on my side or my back with my head and feet up they would do the same thing, elevating their tail flukes then dropping their tail or pectoral fins as I lowered my feet or hands.

“They were clearly communicating. They were using sign language but it was full of enthusiasm, humor and affection. It was like they were reaching out to distant cousins from across the millennium.”